Afghanistan set to play December Test against Australia in Perth 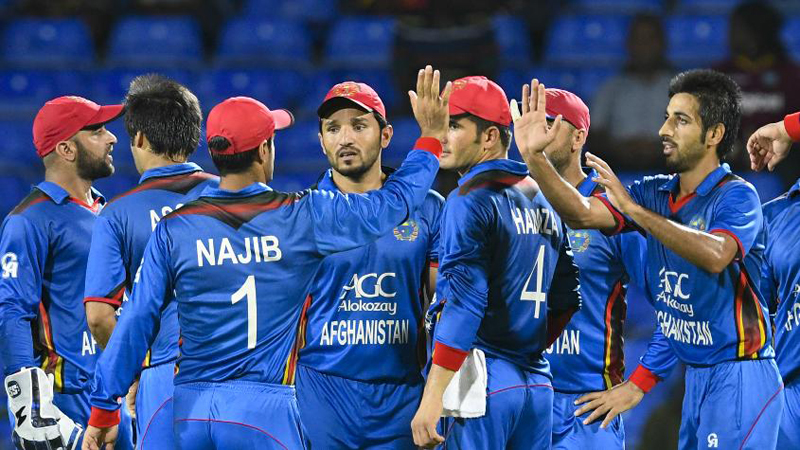 KABUL: Afghanistan are likely to play their first ever Test against Australia from December 7 to 11 in Perth. Both Cricket Australia and the Afghanistan Cricket Board are in an advanced stage of negotiations before finalising the schedule for the one-off Test. The only question that remains to be resolved, it is believed, is whether the match can be played as a day-night Test, with a final decision likely to be made soon. According to the ICC’s Future Tours Programme, Australia were meant to host Afghanistan in November, immediately after the now postponed men’s T20 World Cup. Due to the Covid-19 pandemic, however, numerous bilateral engagements have had their dates adjusted. In the tentative schedule announced in May, Cricket Australia penciled in the Afghanistan Test from November 21 to 25 at the Perth Stadium.

However, that plan needed to be changed once the BCCI announced that the IPL would be played from September 19 to November 10, soon after the ICC postponed the T20 World Cup. With Australia imposing a mandatory 14-day quarantine on anyone entering the country, CA has been forced to revise its international summer schedule, which also includes a full tour from India comprising three T20Is, three ODIs and four Tests. It is understood that during their last call with CA, ACB officials reasoned that since Afghanistan had never played a day-night Test, it would not be possible to play one now. It is understood that Afghanistan are looking to play a couple of practice matches during their tour and will carry an extra set of fast bowlers. The one-off Test is not part of the ICC’s World Test Championship, which is limited to the top nine teams and does not include three Full Members in Afghanistan, Ireland and Zimbabwe.

The Australia Test will be Afghanistan’s fifth after the country gained Full-Member status in 2017. They have lost Tests to India and West Indies, but have already picked up two wins, against Ireland and then an impressive upset of Bangladesh on their own turf last September. As far as Australia are concerned, they would effectively treat the Afghanistan Test as part of their preparations for India’s visit. The Afghanistan series schedule is another indication that the India tour is likely to begin with limited-overs games. India were originally set to open the series with the first Test starting December 3 in Brisbane. However, both CA and the BCCI have been discussing the option of starting the tour with the limited-overs leg to ensure all matches that formed part of the original schedule are completed. It is likely that the India series will be played across a limited set of venues, with most of the India players flying to Australia directly from the UAE where the IPL will end on November 10.