Special Task Force of National Assembly led by Ms. Shandana Gulzar Khan, the deliberations were done on all the persistently disturbing issues hampering bilateral and transit, especially amid COVID 19. 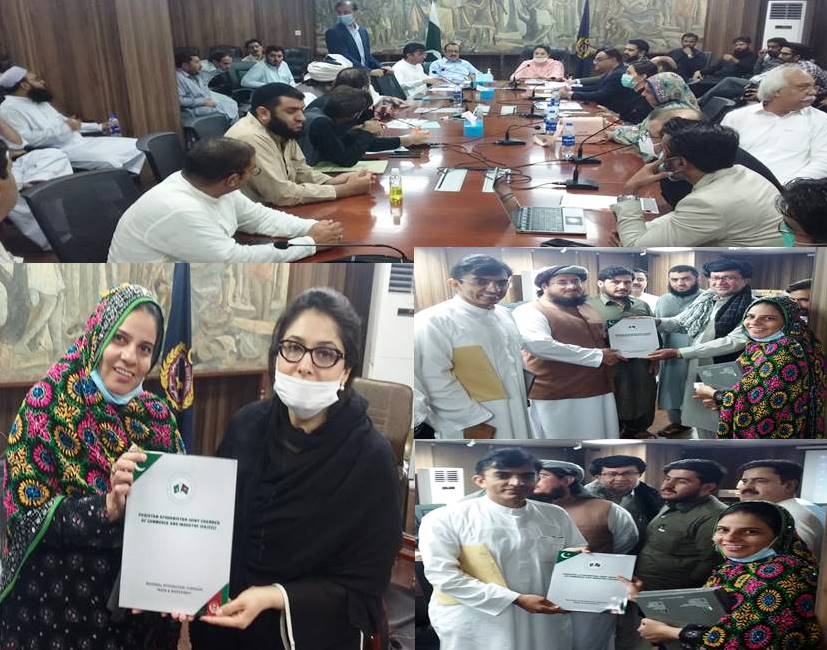 Keeping the situation in view, PAJCCI persistently followed up for waiver / refund of detention / demurrage charges, to safeguard importers from incurring extensive losses due to border closure and delayed release amid COVID 19. The terminal operators and port representatives established that waivers were given to certain limits, however, unavailability of trackers and requirement of 100% scanning of transit cargo has aggravated the situation complemented by enhanced procedures applied due to COVID 19.

The terminals urged the task force that to ensue further facilitation and expedited movement of cargo, the custom clearances both at port and border should be improved and the shortage of trackers must be handled. PAJCCI also urged that 100% scanning, especially in these circumstances is increasing congestion leading to back log and at least should not be applied on the transit cargo destined for Afghanistan. It was also requested that in the presence of several security measures like tracking, bonded carriers, insurance guarantees, the need for scanning transit cargo should be forgone in order to increase the speed of clearance.

Qazi Zahid, Director PAJCCI, established that there should be same demurrage free days at all terminals as KICT and SAPT does not provide 14 free days in line with other terminals. He reiterated that PAJCCI in previous meetings, urged to abolish SRO 475(5) that required marking of “In transit to Afghanistan”. He stated that this requirement was valid when loose cargo was in the movement, however, now cargo is containerized having seals of shipping and customs, therefore this condition not only delays the process but create undue distress.

Secretary PAJCCI, Faiza mentioned that pilferage of goods while transit is already controlled by stern measures like tracking, insurance guarantees, scanning and utilization of bonded carriers hence it is practically impossible that leakages can be done.

Also transit via Pakistan is only 30% and remaining 70% is through other routes which imply that strict vigilance and security should be ensured at adjoining borders to stop re-entering of transit goods once it crosses the border by enhancing border management system, hence, relaxation for marking “In transit to Afghanistan” be applied for expediting the process. It was also sought that refrigerated cargo should also be exempted from such conditions due to nature of commodity and required preservation settings.

Secretary PAJCCI sought that amendment in documents should be made an easy process and freedom of transit in terms of offering the bundle of alternatives be provided like monopoly of bonded carriers must be balanced by operationalizing Railway and reducing dependence on the single tracking company by opening avenues to add other resourceful firms.

Haji Jamaluddin, Director PAJCCI, also established that reverse cargo coming from Chaman and Torkham intended for Wagah is also put under requirement of being containerized with trackers installed, even though Afghanistan does not have shipping lines and this requirement is severely affecting the farmers and businesses of border related areas. Additionally, the charges of trackers must be neutralized and payment for trackers installed in carriers be abolished as it has been one time cost which is already recovered whereas trackers on containers are already being charged.