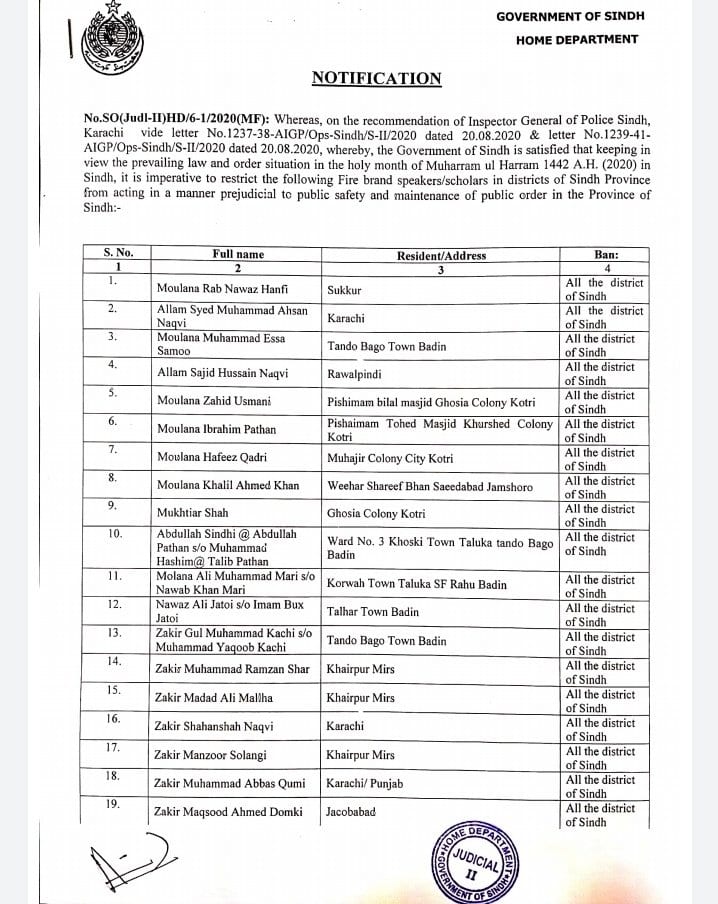 Earlier, Sindh Home Department barred several “firebrand” speakers and scholars from addressing majalis in the province. The decision is aimed at preventing a law and order situation in the month of Muharram.

The home department’s notification stated that the order will remain in place for 60 days with immediate effect. “There are reasons to believe that they will make inflammatory speeches or indulge in activities prejudicial to public safety and maintenance of public order in the other districts of Sindh,” it read.

In a statement, the Majlis Wahdat-e-Muslimeen said Naqvi enjoyed respect not only in the Shia community but also among Sunnis. The party also held a protest against the government’s move in Jaffar Tayyar Society, Malir, and demanded of Chief Minister Syed Murad Ali Shah to remove Usman Chachar, a senior government official, from his post for putting Naqvi’s name in the list. The group also demanded of the government to lift a ban on Shia scholars from entering some districts in Sindh.

Later, the Sindh government issued a new notification, clarifying that the notification that imposed a ban on “firebrand speakers” had caused confusion “due to incomplete name” of a “Zakir Shahanshah Naqvi” in the list. 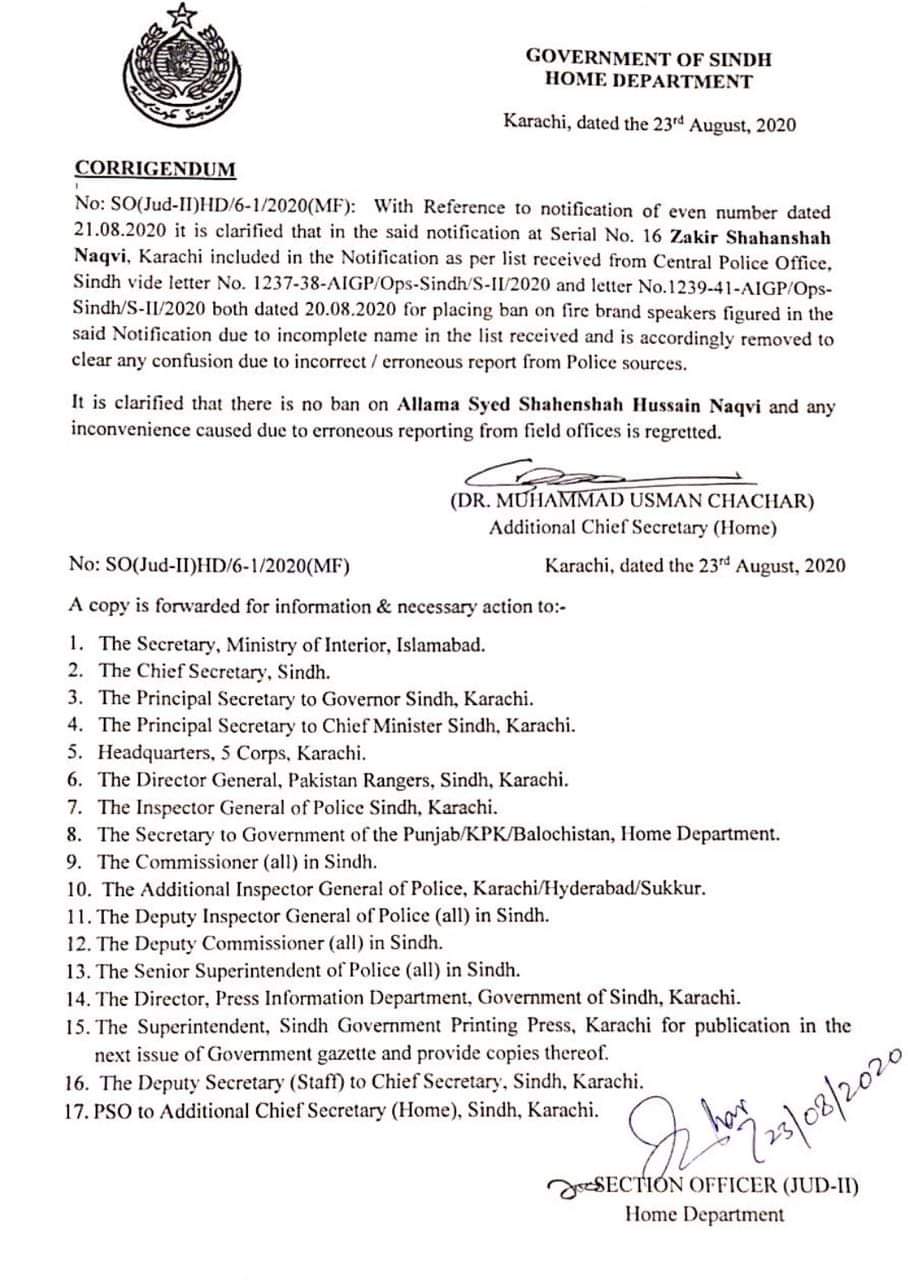 While taking a notice, Sindh Chief Minister Murad Ali Shah has also announced an inquiry in this regard. However, Additional Chief Secretary Usman Chachar has not been suspended.