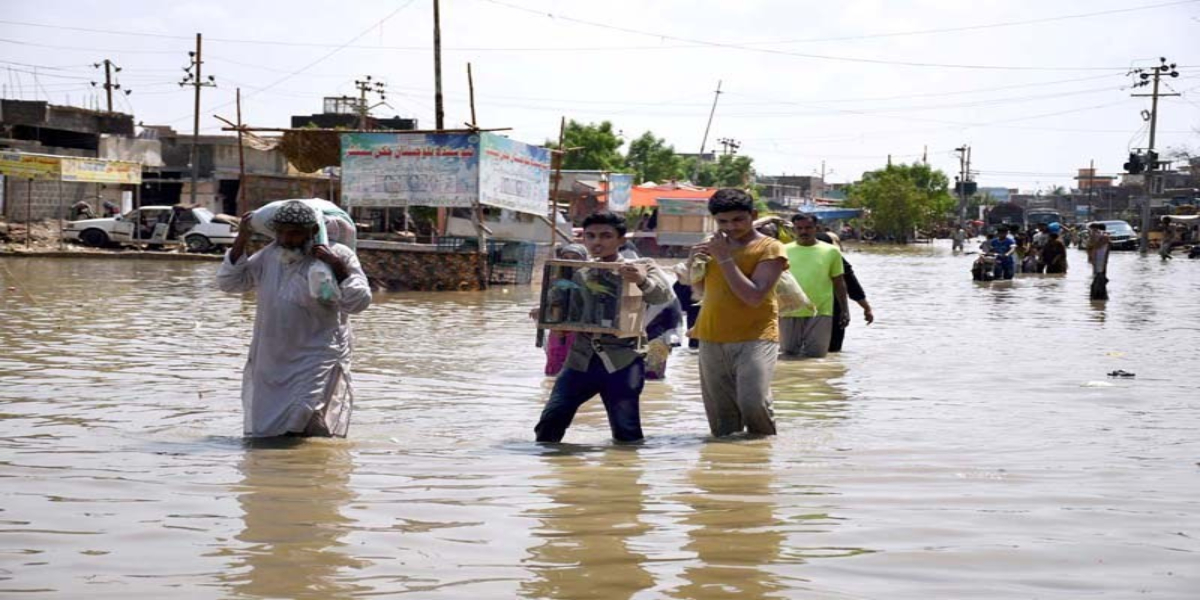 As many as 200 families in Karachi’s Surjani Town were forced to relocate on Saturday as rains continued to wreak havoc in the metropolis.

Residents of Yousaf Goth, Bismah Town, Sector 4-B and other low lying areas in Surjani Town had to relocate due to urban flooding in the area. The residents were moved with the help of Rangers and Edhi workers in trucks and boats to safe locations.

The latest spell of rain in Karachi have submerged many areas of the metropolis, damaging houses and vehicles in low lying areas.

According to reports, with more than 170mm rain, Surjani Town is one the worst hit-area of the city. People in Surjani Town’s Sector 4-B were trapped inside their houses as the authorities failed to drain out the rain water.

In New Karachi’s sector 5-E and the Hyderi Market — rainwater flowed from the storm drains which could not be cleaned in due time due to the encroachments — entering streets and houses.

The rains were followed with subsequent power outages across the city, with several areas of the metropolis plunged into darkness after nearly 600 K-Electric feeders tripped.