“There is a profound need to make substantial changes in our national curriculum at all levels from foundations to university level, and in all professional institutions both military and civil, to inculcate the future leaders and policymakers, the respect for the constitutional authority of political institutions, supremacy of the constitution, passion for the rule-based governance and protection of people’s inalienable rights to the life, liberty and property.”

Decades of military rule, frequent interferences in the governance system by the unelected forces and the lack of knowledge about the rule-based governance in Pakistan have left the general public passionless about the sanctity, significance and the inalienable nature of the constitution for any society. Majority of the public perceives constitution as another piece of everyday regulation to run the state affairs and that it can be defied, held in abeyance, or modified as and when deemed necessary by the rulers. A constitution is a social contract between the members of the civil society through their representatives, on the one hand, and the state, on the other, to form a political unit under certain terms and conditions. The constitution guarantees that the state will provide certain protections like the security of person and property, the guarantee of wellbeing, public welfare and civic life. In return, the citizens are bound to obey the state laws, pay taxes, and abide by the instructions passed by the representatives of the state.

The struggle for the rule-based governance and public agitation to the authoritarian rule has a long history in the evolution of modern democratic principles. Starting in the seventeenth century, European philosophers began debating the question of who should govern a nation as the absolute rule of kings weakened. Enlightenment philosophers argued for different forms of democracy. They developed theories of government in which the people would govern. These thinkers, such as Hobbes, Montesquieu, and Rousseau, had a profound effect on the American and French revolutions and the democratic governments that they produced. The eighteenth-century British philosopher Locke, one of the proponents of Social Contract theory, maintains that the sovereign promises to execute its trust faithfully; leaving to the people the right to rebel, in case the ruler breaks the terms of the contract, or, in other words, violates the constitution. Later, Thomas Jefferson used this theory while writing the Declaration of Independence in America. Subsequently, it was enshrined in the United States’ constitution. 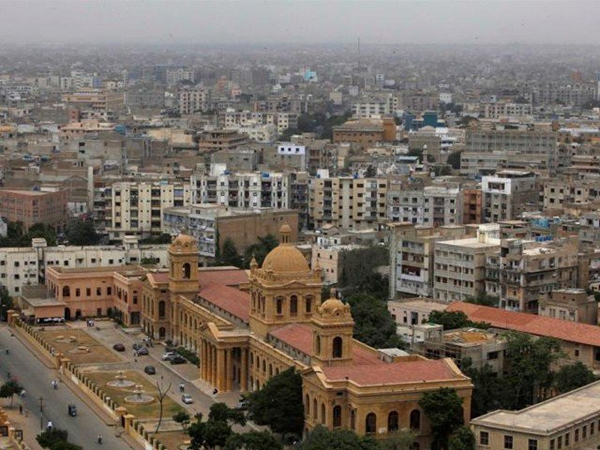 Pakistan started with dismal progress in its constitution-making history. The first constitution was formulated in 1956, almost a decade after the formation of the republic and was abrogated soon after. The nation witnessed its first general elections in 1970. By that time, the national unity and the social fabric of the nation had already been damaged beyond repair. The subsequent constitution of 1973 was also decapitated of its democratic values many times during the rule of General Zia and General Musharraf by demolishing its foundations of parliamentary form of governance. The public has generally been a spectator while its social contract with the state was torn apart by the dictators and the institutions responsible for the protection of constitution collaborated with usurpers in the sad demise of constitutionalism in Pakistan. As claimed by Rousseau in 1762, “Man is born free, and everywhere he is in chains,” Pakistani state has to travel a long way in securing the fundamental rights of its citizen’s and form rule-based governance.

Natural rights such as life, liberty, and property along with other fundamental rights are guaranteed by the constitution of Pakistan and can’t be denied by any government institution representing the authority of the state. There is a lack of appetite about the constitutionalism and the rule-based governance among masses in Pakistan, because, we never attempted to include the sanctity of the constitution and the respect for constitutionalism in our basic, tertiary and professional education system in the country. Our national curriculum at school level gives a cursory touch to the evolution of constitution in Pakistan and makes no distinction between the authoritarian rulers who occupied the power forcefully, and those governments, which came to power through the people’s mandate. In our political history classes, we teach our pupils about the proclamation of martial laws as an ordinary event such as a change of government. In military training institutions, starting from Pakistan Military Academy right up to the Command and Staff College, the author has personally experienced that the lessons about the respect for people’s representatives, upholding the national democratic values and the dignity of the constitution do not exist at all. Rather, during the informal interactions, dangerous notions were promoted, such as the constitution is made for the state, not the vice-versa and when there is a threat to the state, the constitution values nothing more than a piece of paper. Therefore, the military leaders intervened into domestic politics when the self-defined national interests were at stake. A section of civil society and some of the political parties celebrated the martial laws and virtually no public resistance was observed when the constitution of the land was abrogated by military leaders.

The struggle for the rule of law and protecting people’s fundamental rights is a collective responsibility which can’t be delegated upon a single institution while absolving others. The political institutions including political parties have to play a leading role by keeping democracy as the only game in the town and not placing paltry interests above the democratic principles. The media house owners need to keep the business interests aside when the civil liberties and constitution are at stake. The higher judiciary has gained its institutional independence from executives in the aftermath of the 2007 lawyers’ movement. However, at instances, it has weakened the democratic forces and political institutions while playing into the hands of authoritarian forces. The confession by the retired chief justice, Asif Saeed Khosa, that judiciary unknowingly allowed itself to be used as a tool in political engineering reveals the predicament. As an institution, the judiciary has to fulfil its constitutional obligation of upholding the constitution and not re-inventing the doctrine of state necessity time and again in different forms. Lastly, there is a profound need to make substantial changes in our national curriculum at all levels from foundations to university level, and in all professional institutions both military and civil, to inculcate the future leaders and policymakers, the respect for the constitutional authority of political institutions, the supremacy of the constitution, passion for the rule-based governance and protection of people’s inalienable rights to the life, liberty and property.3

The writer is an ex-military officer and currently pursuing his PhD from the University of Electronic Science and Technology of China. He can be reached at rehman107@yahoo.com