Pakistan Government has issued a new official political map of Pakistan on August 5, 2020, which includes the whole of Jammu and Kashmir, including Ladakh (excluding its part, which is claimed by China), Siachen, Sir Creek in Kutch, and Junagadh as its territories, indicating in writing that the Indian-held Jammu and Kashmir including Ladakh, is illegally occupied by India, and its final status will be decided as per the UNSC resolutions on Kashmir. The map also indicates that the Junagadh state is also a part of Pakistan as per the partition formula, but India has illegally occupied it.

The issuance of the new map was necessary to justify Pakistan’s position on Kashmir at all-important world forums, especially the UNSC, especially in view of the Indian Government’s August 5, 2019, unilateral actions taken in the IOK, under an act of the Indian parliament. These actions included the abrogation of Articles 35-A and 370 of the Indian constitution, based on which India has ended the special status of the IOK, and illegally divided it into two union territories, named as Jammu and Kashmir and Ladakh.

India also allowed the non-Kashmiri Hindus to settle in the illegally formed Jammu and Kashmir union territory and get its domicile. After taking all these actions, India issued its new map that also showed Gilgit-Baltistan and AJ&K as its territories. To counter Kashmiris’ reaction to the above changes in the status of the IOK, India clamped lockdown/curfew and communication blackout in the Kashmir valley, which is still there even after the passage of one year.

Modi Government’s actions of August 5, 2019, were alarming, as these were in the stark violation of the UNSC resolutions on Kashmir. The UNSC Resolution 47, passed on April 21, 1948, decided that the accession of the state to Pakistan or India will be done through a free and impartial plebiscite, as was agreed by both, Pakistan and India. The UNSC had also asked the newly formed United Nations Commission for India and Pakistan (UNCIP) to visit the subcontinent and to mediate/facilitate both the countries to hold a plebiscite in Jammu and Kashmir. 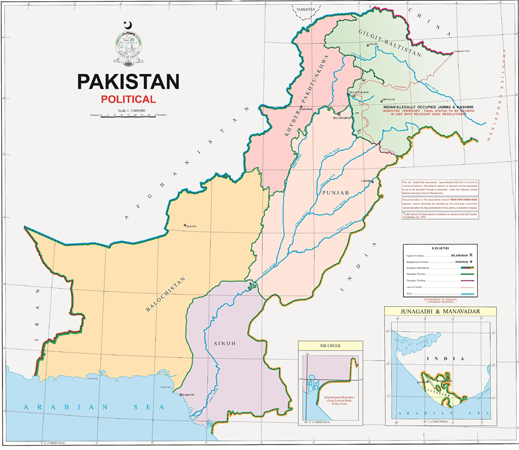 Although, in the later years, India had foiled all the UNSC and UNCIP efforts initiated in 1948, to hold the plebiscite on one pretext or the other, as India knew that if an impartial plebiscite was held, then the Muslim majority population of Jammu and Kashmir will vote for accession to Pakistan. And now, after having become a close defence partner of the US, thinking that the US, the UK, France and Russia, four veto powers in the UNSC, would be on its side, India decided to grab Jammu and Kashmir permanently by taking above mentioned actions.

And, when Pakistan, with the help of China, took up the matter at the UNSC to reject India’s August 5, 2019, illegal actions about Jammu and Kashmir, the Council discussed the Kashmir situation and its meeting ended without adopting a resolution, although all veto powers (except France) individually asked India and Pakistan to resolve the Kashmir dispute by holding a bilateral dialogue. In view of the aforementioned scenario created by India, it was very necessary for Pakistan to issue its new map to falsify India’s illegal claims on Jammu and Kashmir.

With its new map issued in August 2019, India aimed to play politics at the UNSC by misleading its member countries to believe that Jammu and Kashmir was India’s part and Pakistan had wrongly gained its control over Azad Jammu & Kashmir (AJ&K). In this context, with the expected support of the above mentioned four veto powers, India would also have made an effort at the UNSC to get its new map accepted by it, thus indirectly making the UNSC accept India’s claim over the entire Jammu and Kashmir.

Moreover, over a period of time, India’s new map would have changed the perception of the present and next-generation leaders of the world powers and other important countries to start believing that the entire Jammu and Kashmir belonged to India, and Pakistan had illegally gained control over AJ&K. By using this perception, India could make on this narrative to accept UNSC veto powers’ advice on taking over the Kashmir dispute with Pakistan, simply with a narrative that it will simply discuss the terminal status of AJ&K with Pakistan.

In view of the above situation, the new map of Pakistan will help bring following major political and strategic advantages to Pakistan, which will foil India’s main objective to grab the IOK permanently through illegal means and power politics. Pakistan’s new map will prevent the formation of any wrong perception about the status of Jammu and Kashmir, rather it will help maintain the factual position that Jammu and Kashmir is a UNSC recognised a disputed territory between India and Pakistan.

As Pakistan is going to present its new map at the UNSC for recognition, India’s new map will also come into play, and both the maps will show that both the countries are claiming the entire Jammu and Kashmir, that would bring in focus the UNSC resolutions on Kashmir, especially Resolution 47 that asks for holding a plebiscite in Jammu and Kashmir to decide about the final accession of the state with Pakistan or India. That would serve Pakistan’s interest.

Besides, India’s actions on August 5, 2019, would be considered illegal. And, as and when a plebiscite is held, it will be held in the entire Jammu and Kashmir, including Ladakh, and the newly settled non-Kashmiri Hindus in Jammu and Kashmir would not be allowed by the UNSC to vote. Moreover, Pakistan’s new map will help prevent the formation of any wrong perceptions about Kashmir by the world media based on India’s new map, and the world media will discuss the Jammu and Kashmir as a disputed territory between Pakistan and India, which will act as a world pressure on India.