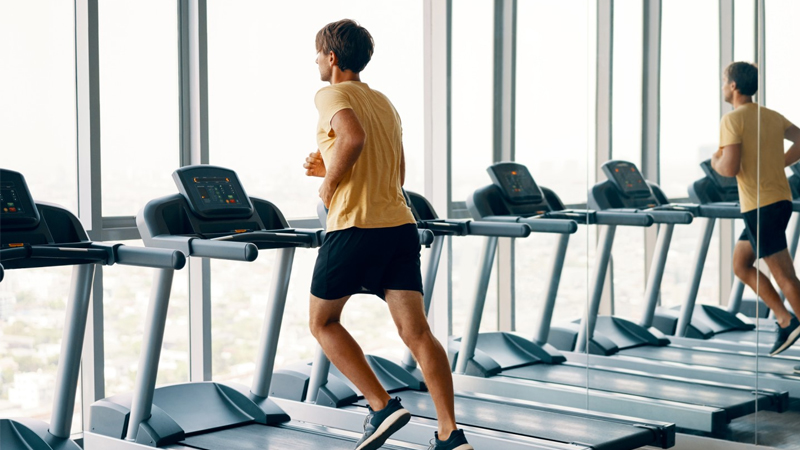 People exercise for all kinds of reasons, but a couple of common reasons are to burn off some fat and to increase the limits of their physical performance. Newly published research from scientists at Harvard University has implicated one mechanism in both outcomes, finding that mice engineered to lack a certain enzyme showed significant increases in exercise endurance and fat-burning capacity as a result.

Most of the cells in our bodies like sugar as an energy source, but when this runs dry, they break down fats instead. How metabolism functions, and what causes it to draw on different sources of energy at different times, is of real interest to scientists working to develop treatments for obesity and better understand the physiological effects of exercise.

In search of answers to these questions, the Harvard team set out to investigate the functions of an enzyme known as prolyl hydroxylase 3, or PHD3. Through previous research, the scientists had found this enzyme plays a role in regulating fat metabolism in some cancers. They did this by modifying an enzyme called ACC2 that blocks fatty acids from being converted into energy.

To investigate the role PHD3 might play beyond cancer, the team started with isolated mouse cells grown in a sugar-rich environment and observed how PHD3 altered the ACC2 enzyme to apply the brakes to fat metabolism. Repeating the process in a low-sugar environment brought yet another enzyme called AMPK into play, which cancels out the chemical modifications to ACC2 and, in turn, enables fatty acids to enter the cell to be used as an energy source.

Experiments in live mice followed, with the animals first put through a period of fasting to recreate the low-sugar environment of the previous tests. This energy-deficient lifestyle resulted in the chemical modifications to the ACC2 enzyme being reduced in heart and skeletal muscle, while the AMPK modifications were increased.

For the next step, the team wanted to know how things would play out if they removed the PHD3 enzyme from the equation entirely. The scientists engineered mice that do not express PHD3 and put them through a range of endurance exercise experiments.

“The question we asked was if we knock out PHD3,” says senior study author Marcia Haigis. “Would that increase fat burning capacity and energy production and have a beneficial effect in skeletal muscle, which relies on energy for muscle function and exercise capacity?”

The mice were trained to run on a treadmill as part of the experiments, and those lacking the PHD3 enzyme were able to last 40 percent longer and run 50 percent farther compared to the control group. They also exhibited a higher VO2 max, or maximum oxygen uptake, an indicator of oxygen consumption rates and aerobic endurance. Analysis after these bouts of exercise revealed the PHD3-deficient mice also had increased rates of fat metabolism and a different metabolic profile.

In another round of experiments, the team engineered mice to be lacking the PHD3 enzyme only in skeletal muscle, where it is typically most highly expressed. This produced similar results during exercise, indicating that inhibiting PHD3 in in skeletal muscle could be enough to boost exercise performance.

“It was exciting to see this big, dramatic effect on exercise capacity, which could be recapitulated with a muscle-specific PHD3 knockout,” Haigis says. “The effect of PHD3 loss was very robust and reproducible.”