UoG VC for youth to be retold arduous journey of freedom 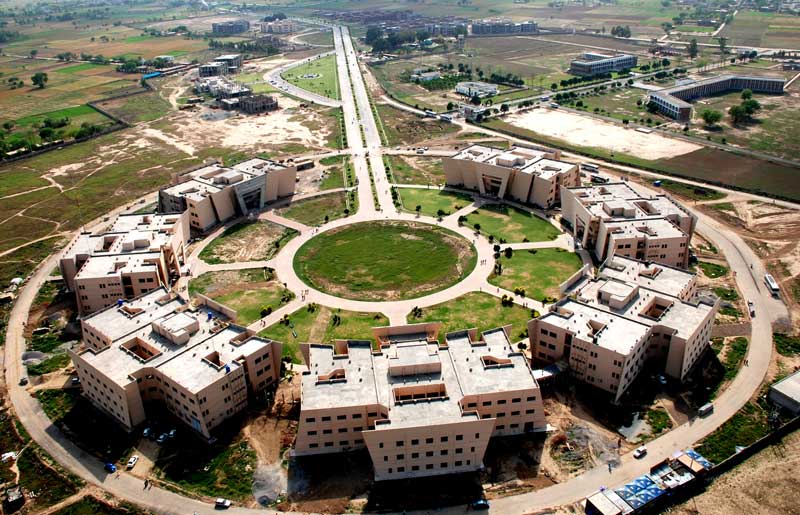 The University of Gujrat (UoG) vice chancellor has stressed a need for our younger generation to be retold the story of arduous journey towards the freedom they enjoy today being a citizen of an independent country.

Prof. Dr Shabbar Atiq made these comments while speaking at a ceremony held at Hafiz Hayat Campus on Friday to mark the 73rd Independence Day of Pakistan. The ceremony also expressed solidarity with the people of Indian Occupied Kashmir and pledged full support to their just cause of freedom from Indian occupation.

“The story of the arduous journey by our elders towards a free and independent homeland must be retold for our younger generation. They should know and always remember that they enjoy freedom today and have a homeland because of hundreds of thousands of sacrifices made by our elders,” Dr Shabbar Atiq said. He called upon the youth not to take this hard-won independence ever for granted, urging the younger generation to commit themselves to work for the progress and development of the country.

“While we celebrate our independence and freedom, we must not forget our Kashmiri brothers and sisters who had been facing the Indian atrocities for decades and deprived of their freedom for several decades. They had been forced to live in lockdown for over a year now by the barbaric Indian troops, which is unprecedented in the history,” Dr Shabbar Atiq said, reiterating support to Kashmiris’ struggle till they get freedom from Indian occupation by the United Nations granting them their right of self-determination.

Meanwhile, a tree-plantation drive launched by the varsity’s directorate of Administration & Coordination to boost a countrywide campaign for a cleaner, greener Pakistan has achieved its target of 1000. The organizers said more plantation drives in the future would certainly go a long way in dealing with the threat of global warming and climate change effects.