The after theory of Terry Eagleton

* But the question is that what is the final shape and version of the theory that now can suit best to the 21st century human being? 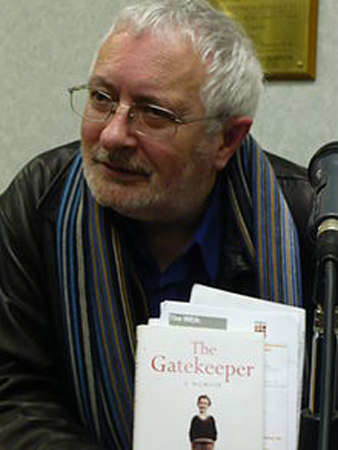 In a recently published article titled Death of Postmodernism, Alison Gibbons claimed that the life of postmodernism is over. Similar opinion is voiced about critical theory by Terry Eagleton who believes that age of theory is over. But the fact is that Postmodernism or any other theory does not die or get wiped out, in fact it assumes a new dimension, shape or name. with every change in the socio-political world, we live in, the theory keeps on changing. It was the opinion of Plato, Aristotle, Longinus, Sydney, Marx, Wollstonecraft, Woolf, Lukacs, Bakhtin, Derrida, Foucault, Said, Bhabha, Spivak, Fanon and many more, who, in the Shakespearean Phrase played their roll on their turn and left a sound mark on the literary theory which were in turn assuming new shapes because of ever new movements of the political world.

But the question is that what is the final shape and version of the theory that now can suit best to the 21st century human being when he is surrounded not only by incurable diseases and defiant viruses but also by artificial intelligence and online world? The answer comes from Terry Eagleton, the author of the book titled, After Theory. According to him If theory means a reasonably systematic reflection on our guiding assumptions, it remains as indispensable as ever. But we are living now in the aftermath of what one might call high theory, in an age which, having grown rich on the insights of thinkers like Althusser, Barthes and Derrida, has also in some ways moved beyond them.

Eagleton’s Book After Theory was published in 2003 and comprises 229 pages and is sectioned into eight; out of which the second chapter, The Rise and Fall of Theory is more relevant to the situation discussed above. The writer contends that gradually, the writers, philosophers and researchers have started to look towards human body and so cultural theory is gaining more ground rather than any other socio-political one. This gaze towards human body has more of the eroticism in it because now they have more interest in the coupling bodies rather than struggling bodies. Eagleton compares the rush and enormity of cultural theory and its working with a professor who suddenly realised that he has had a lot of unfinished business and is now bent upon finishing it in a few years he is left with. Eagleton thinks that while discussing the body within the parameters of cultural theory has involved it with postcolonial studies. He proposes that “indeed, the most flourishing sector of cultural studies today is so-called post-colonial studies, which deals with just this dire condition. Like the discourse of gender and sexuality, it has been one of the most precious achievements of cultural theory.”

Eagleton’s Book After Theory was published in 2003 and comprises 229 pages and is sectioned into eight; out of which the second chapter, The Rise and Fall of Theory is more relevant to the situation discussed above

Even prior to this, Eagleton thinks that Nationalism was also responsible for the shattering of colonialism and turning it into postcolonialism because nationalism caused the states get separated from the empire. These revolutions may be significant on their own as they supported western states too to become empires because after their separation from British empire the Third-World countries, as the formerly colonised states were called, failed to survive on their own and had to seek the support of the very British empire to survive. This is the point from where the theory of postcolonialism emerged, aided alongside by the process of globalization. Not only the revolutions needed this but also the very freedom, the Third World countries claimed that too got hooked up with the formerly colonising powers.

However, Marxism took it in a rather different way “unlike the more sentimental brands of post-colonialism, most Marxism did not assume that ‘Third World’ meant good and ‘First World’ bad. They insisted rather on a class-analysis of colonial and post-colonial politics themselves”. Thus, the end of nationalistic revolutions gave way and paved way to the theory of postcolonialism with inception of Said’s book on Orientalism which proved, in fact, an intellectual expression of the turning point of nationalism into postcolonialism. But the involvement of global capital turned this debate on the role of powerful states in sucking the wealth of the poor states into a debate on class struggle.

Not only this, the entry of feminism into postcolonial theory turned it into a cultural debate. “During all this change of culture, struggle and the people, money turns up to be a force, which has neither a moral nor any identity. It is just a force that does not sustain its own opinion. It is for everyone yet it belongs to no one. Consequently, many people, even American have lost their faith in values. Even the people who are supposed to be the believers of values have no faith at all. Eagleton says that conversely, some of the people who might be expected to believe in absolute values believe in nothing of the kind, like moral philosophers and clap-happy clerics”. Education changes a man and so it can make you stand at odds with the capital power of the world. That’s why the education of humanities quickly became at odds with the capitalistic forces of the market. But very soon humanities could also not keep themselves free of the colour of the capitalist. In comparison to capitalism, therefore communism was born.

Thus, Cultural theory extends itself in many ways, like Feminism. Eagleton thinks that many Marxist scholars like Althusser, Straus, and Barthes, who were Marxists but believed that Marxism contributed very little to the Anthropology of the world and so reverted to feminist ideology as a part of cultural theory. So, in the words of Eagleton, it can be proposed that “Pleasure, desire, art, language, the media, the body, gender, ethnicity: a single word to sum all these up would be ‘culture’. Culture, in a sense of the word, which included Bill Wyman and fast food as well as Debussy and Dostoevsky, was what Marxism seemed to be lacking”.

The writer is a professor of English at Government Emerson College, Multan. He can be reached at [email protected] and Tweets at @Profzee