* To supplement Independence Day celebrations, the Daily Times will highlight, all of August, the individuals who continue to make Pakistan proud. Our 10th interview is with the highly successful businessman Ikram Sehgal 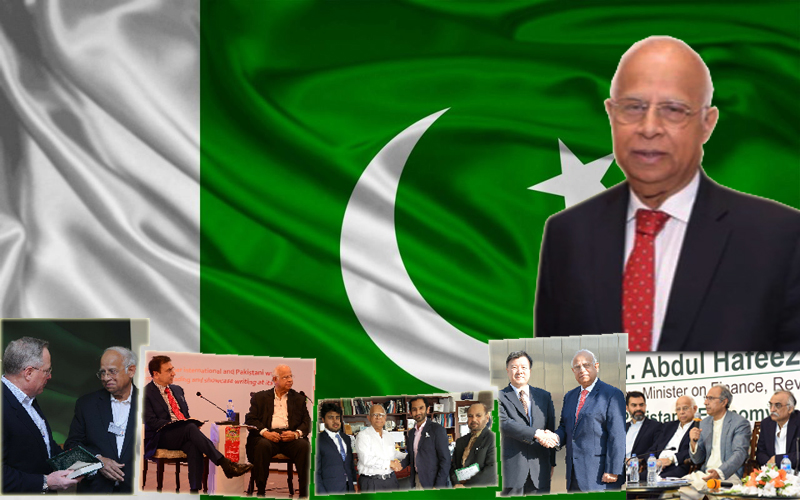 Please tell us about your foray into the field of corporate affairs and business. How did it all begin for you?

I was in the army at first. When I got out, I ventured into flying. I had 2,000 hours of flying to my credit. I started working towards acquiring a commercial pilot license. Later, I worked for a couple of years as a flying instructor and then at an aviation firm in Karachi. I discovered that merit is a disqualifier. There is a lot of prejudice present and you can never go up on merit. I decided to never work for the government again. So with Rs 11,000 only, I founded Pathfinders Group Pakistan. I began with trading at first, then chemicals, jute goods, newsprint, rice, jute bags and cotton. So basically, in four to five years, I became an expert in counter trade. I worked in barter and counter trade. In 1983, I ventured in arms purchases for five to six years. I got the arms and equipment which are still used in Pakistan army. The principles that I wanted to work with couldn’t work at that time. Even my friends in uniform were not getting to abide by those rules. I had to give up arms purchases. I gave up working with the government altogether. I decided to never work with them. From 1987 to 2020, I did only two contracts with the government. I sold two sugar mills to be sold to Bangladesh, something which had never been done in the history of the country. I never got properly paid for it. I brought about a television licence free of cost in the country in 1999, the case for which is still subjudiced in court. I never got a penny for it. Once again, I decided to never ever work with the government again. I introduced a private security service in the country called Security & Management Services which became a country wide hit and did very well. Masha Allah today, it is the largest private security company. Seven years ago, I went into the Information Technology (IT) business. I had ventured in the IT business in 1983 as well but I had given it up. So once again, I went into it in 2013. Tomorrow, you’ll be seeing an advertisement in the papers about something which is very close to my heart and is locally developed. It allows 80 percent of adults to open bank accounts on telephone. Going back on my personal affairs, I started writing in 1987. I used to write occasionally at first when Arif Nizami requested me to write for The Nation. I wrote a series of articles on counter trade. He told me my articles were being very well received. Then it came an addiction to me. I released many books from 2010 to 2020. I’m a member of the World Economic Forum and one of the few Pakistani members. From 2003 onwards, I started a Pakistani breakfast service there which eminent personalities like Pervez Musharraf, Shaukat Aziz, Nawaz Sharif, Yousaf Raza Gillani, Imran Khan and Bilawal Bhutto enjoyed and became regulars. Today, I have about 12,000 people working for me. I started from very humble beginnings. I don’t keep money for myself, rather I invest all of it in my business. I’m very proud of what I do for my firm and my people.

Pathfinder Group Pakistan employs several thousand people across Pakistan. In what ways do you think the pandemic has affected your business?

Out of 12,000 employees, I had to lay off 1,500. All my employees got together one day and told me that they were willing to forgo their upcoming increment in these trying times. It was only when the State Bank of Pakistan introduced this payroll scheme that helped me retain all my employees.

You have over 40 years of business experience. People say the pandemic is the worst to have affected businesses. What in your view are some of the other factors that can adversely affect a business?

The government is the worst paymaster, one of the reasons that I had decided not to work with them. They delay everything. The phone banking service was something that is supposed to come out on August 14. We could’ve done this two years ago. This way, 12 million people could’ve have accessed this service and benefited from it. The bureaucracy put every hurdle possible but then you have good bureaucrats too who helped us.

I’m working on a number of IT projects for foreign nationals and then one welfare programme too.

You have authored several books as well. Please tell us a little about that.

Several of my books came out which are a collection of my articles from 1987 to 2010. From the years 2010 to 2020, five more books by me came out printed the Oxford University Press (OUP). I’m the first Pakistani prisoner of war to escape from India. I wrote a book on this called Escape from Oblivion printed by OUP. Another book of mine came out which I had co-authored titled Blood Dividing Over Two Shades of Green.

You have served on the boards of many firms including Bank Alfalah as well. How different and fulfilling is your current work as opposed to a challenging profession like banking?

I was never a banker. I was just on the board. When I went as a director, I never knew about banking. Whatever I learnt about it, I learnt on the way.

I was elected as additional director and then chairman of K-Electric. They didn’t require for me to do day to day work. It was a very challenging work because K-Electric already has many problems. After a few months, I discovered that its shareholders did not really care about the national interest of K-Electric. There was a time when a 700 to 900 megawatt plant was required. Instead of putting Rs 1.2 billion in for the plant, I advised them to invest in the distribution system. The cost would be 1/10th as well. Not a penny was invested by the shareholders. After 10 months, I decided to leave. Within seven months of my quitting, they really went downhill from there.

‘You leave a place for two things; if it’s not benefiting you and second, you think you cannot do any good there. Then you can’t stay there like a dummy’

How important is it for a person’s growth to be able to say goodbye to a place if it’s no longer benefiting him?

You leave a place for two things; if it’s not benefiting you and second, you think you cannot do any a good there. Then you can’t stay there like a dummy.

Is there a quota of men and women you keep in your organisation for recruitment?

No. I take people on their performance and loyalty. Alhamdulilah, some of my employees have been serving here for as long as 20 years, especially the women. There are a total of 300 students studying on my company scholarships. If anyone dies in my company, his widow gets his full salary for two years.

What advice would you give to an 18-year-old self?

Every challenge is an opportunity. Never forsake your principles. Sometime you have to adjust them but don’t break them completely. There should be a time that you can look back and say that every penny that you’ve earned is legitimate.

In the coming years, we will be the biggest and most successful nations in the world. Looking after employees is very important. You need to invest in your people and have to treat your employees like family. The strength of the institution comes first. Welfare and contentment of the people comes second. Welfare and contentment of your own self comes last. Under our Elena Care programme, any member of the organisation can go to any hospital and get free hospitalisation.

We at Daily Times consider you one of our national heroes. Who are some of yours? Lieutenant General Ali Kuli Khan Khattak. I have never seen him do anything wrong in my life. He’s an outstanding man. Colonel SG Mehdi, Sartaj Aziz, Brigadier Muhammad Taj and Lieutenant General Imtiazullah Warraich are also my heroes.

Ikram Sehgal is a Pakistani defense analyst and security expert. He is a retired Pakistan Army officer. He is a licensed pilot, a businessman and a writer.

Ikram Sehgal became a prisoner of war in April 1971, while serving in the former East Pakistan and was sent to the Panagarh POW Camp in India. In July 1971, Sehgal escaped from the prison. He became the first Pakistani Prisoner of War to escape from an Indian POW camp.

Sehgal set up a business in 1977, specialising in trading and counter trade. He is currently Chairman, Pathfinder Group Pakistan, which includes two of the country’s largest private security companies.

Sehgal is also involved in national and international organisations. He is a Member of the World Economic Forum; International Organization for Migration; Director, East West Institute, a US-based think-tank; and Member, WEF Global Agenda Council for counter-terrorism.

AN ACCOMPLISHED WRITER AND ANALYST

Sehgal is a regular contributor of articles in newspapers that include The News, The Nation and the Urdu daily Jang. He appears regularly on current affairs programs on television as a defense and security analyst. He has written many books, some of which are Escape from Oblivion and Blood Dividing Over Two Shades of Green.