Trump escorted from briefing after shooting near White House

The United States President Donald Trump was abruptly escorted out of the press room in the middle of a briefing due to shooting outside the White House. 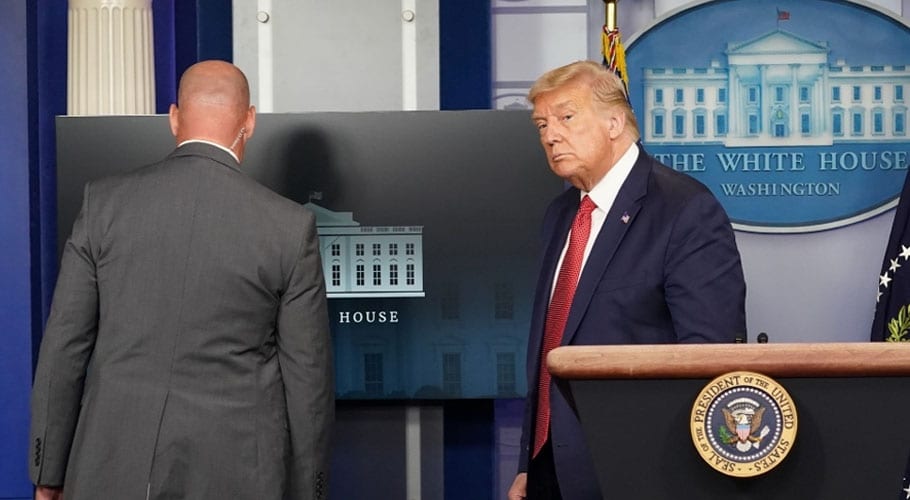 Trump returned to the media room several minutes later and said a person had been shot by law enforcement and taken to the hospital. He said the suspect had been armed but no one else had been injured in the incident.

“It was a shooting outside of the White House,” Trump said. “It seems to be very well under control. … But there was an actual shooting, and somebody has been taken to the hospital. I don’t know the condition of the person.”

Trump said he had been taken to the Oval Office, which is in the West Wing near the briefing room, after he was escorted out.

Treasury Secretary Steven Mnuchin and Office of Management and Budget Director Russ Vought were also taken out of the room.