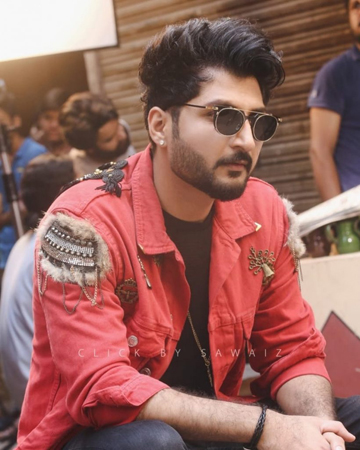 Bilal Saeed and Saba Qamar have made a joint statement while releasing the teaser of the upcoming song on Instagram, clarifying to fans that the accusations are false.

“This is the only sequence that was shot at the historical Wazir Khan Mosque. It’s a prologue to the music video featuring a Nikah scene,” he said in his statement.

Regarding social media outcry about music being played inside the mosque, he said, “It was neither shot with any sort of playback music nor has it been edited to the music track, the adminstration of the Mosque was also present at the time of shoot and they are witness that no music was played there.”

Bilal appealed to Pakistanis to watch the video before jumping to any conclusions. He assured that they carry the same love and respect for Islam in their hearts and could never even think of disrespecting it. However, Bilal and Saba both said that if they have unknowingly hurt anyone’s sentiments, they sincerely apologize with all their heart.