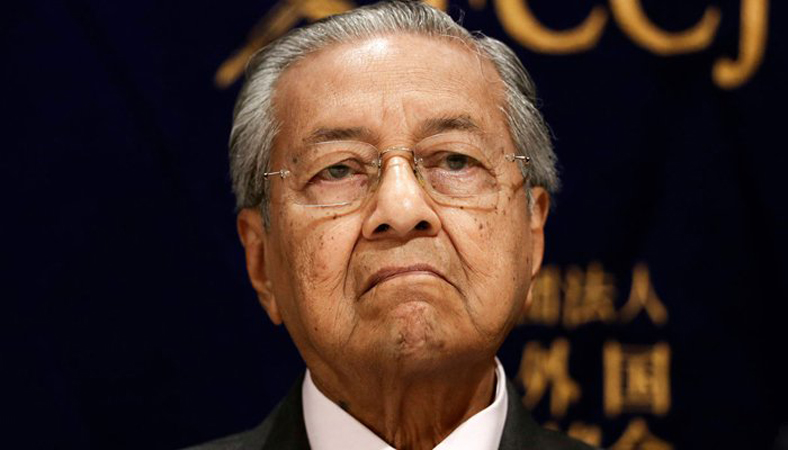 Former Malaysian prime minister Mahathir Mohamad Saturday said despite knowing potential backlash, he had spoken in support of Kashmiri people at United Nations General Assembly last year for what he would offer ‘no apology’.

“I had chosen to speak out despite being aware of the potential backlash. To my mind, keeping quiet is not an option … I offer no apology for what I had said,” Mahathir said on his Twitter handle on the first anniversary of Indian illegal action of August 5, 2019.

Dr Mahathir’s tweet came after multiple Indian media sections gave an impression as the Malaysian leader felt any remorse over his remarks in support of the Kashmiri people for its adverse impact on Malaysian exports.

But contrarily he said, though his remarks had affected Malaysian palm oil export to India but “I don’t know if that is a high price to pay for speaking out against such injustices.”

During his last year’s address at UN General Assembly, Dr Mahathir Mohamad had said, “Despite UN resolution on Jammu and Kashmir, the country has been invaded and occupied. There may be reasons for this action but it is still wrong.”

He had called for resolution of the issue by peaceful means. “India should work with Pakistan to resolve this problem. Ignoring the UN would lead to other forms of disregard for the UN and the Rule of Law,” he had remarked at the United Nations (UN).

Also on Saturday, Prime Minister Imran Khan thanked Dr Mahathir for his remarks in support of Kashmiris and against the Indian repression in IIOJK. “I want to thank Dr Mahathir Bin Mohamad for speaking in support of Kashmiris and against Indian repression in Indian Illegal Occupied Jammu and Kashmir (IIOJK) – this time at a function on 8th Aug to mark a year of the illegal Indian actions in IIOJK,” the prime minister said on Twitter. news desk