FIR lodged against DMC South for allowing billboards in Karachi

A man has lodged a FIR against District Municipal Corporation South Advertising Director Wazir Ali for allowing billboards to be placed in Karachi’s roads despite the Supreme Court’s orders. 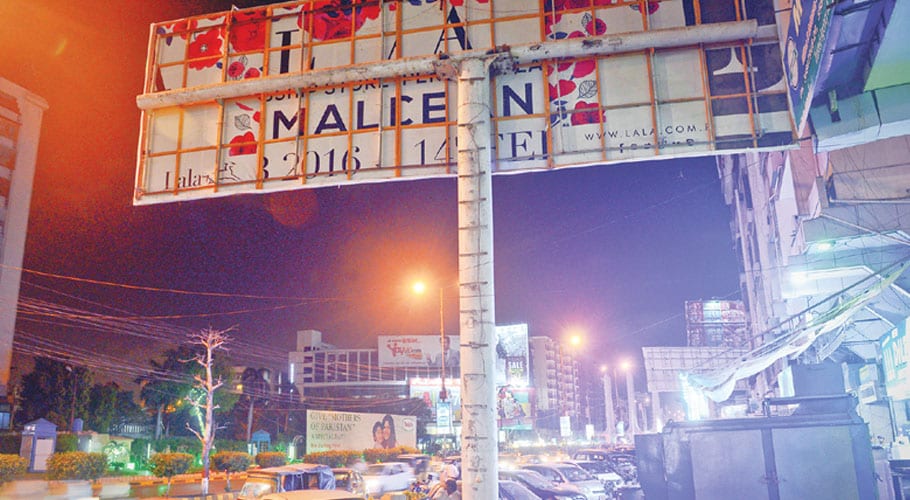 The incident occurred on Thursday when the fourth spell of monsoon rain began in Karachi during where two motorcyclists were injured after a billboard collapsed on them near Metropole Chowrangi.

Following the incident, Karachi’s commissioner issued a notification ordering the removal of all billboards and signboards from the roads to avoid “human losses and damage to property during the rain”.

On the other hand, Mayor Wasim Akram has said that he does not have the power to regulate billboards. “I overlook nullahs and graveyards,” he told.

One of the injured was a 65-year-old. He sustained multiple fractures and a head injury after which his nephew filed a complaint at the Artillery Maidan police station.

During the FIR, the complainant blamed the accused of putting up billboards despite the Supreme Court’s orders to remove them from all public properties. “The DMC should cover all the medical expenses of the injured men,” it added.