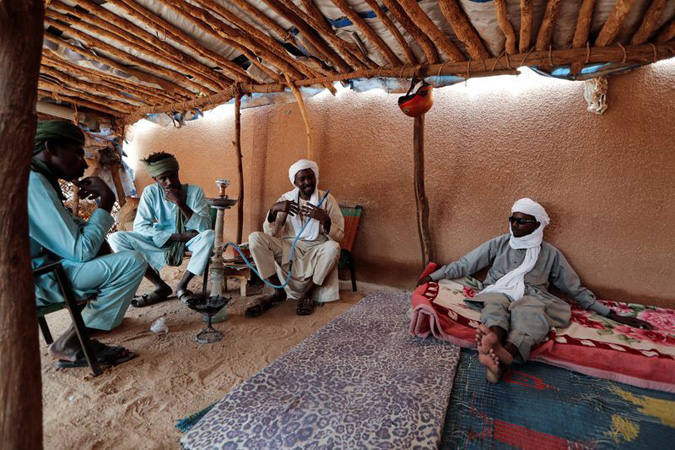 Andre Chani said he once earned thousands of dollars a month driving Europe-bound migrants from Niger’s desert trading hub of Agadez to Libya.

But in 2016, he said, police in Niger impounded his two white pick-up trucks as part of an effort to stem the flow of Africans onto European shores. So Chani, 44, applied for 2.5 million CFA francs ($4,511) in aid from a European Union (EU)-funded program to start trucking agricultural produce to neighbouring Algeria.

He never heard back, he said, so briefly turned to drug smuggling to support his family. Now he scrapes by growing onions, he said.

Chani is one of many would-be entrepreneurs in this ancient city, long a launch point for northbound travelers, to seek support from the vast EU fund, established in 2015 to address the root causes of illegal migration to Europe. A spike in migration from sub-Saharan Africa in the last decade has proved deadly to thousands and created a refugee crisis in countries like Italy and Spain.

Yet the EU money has been slow to arrive: Only half the 4.7 billion euros ($5.5 billion) from the Emergency Trust Fund for Africa (EUTF) approved over the last five years has been distributed, according to statistics on the fund’s website.

“It is frustrating that the help is so late,” Mohamed Agali, head of migration at the Regional Council of Agadez, the local governing body, told Reuters, referring to the money Chani sought. “The EU wants to stop migration, but to do that you need to help the people recover. Without that, they will have to try something else.”

An EU official familiar with the program said the rollout in Agadez was “in line with the timings for EU processes.” The official, who declined to be named, citing EU protocol, also said it took Agadez authorities longer than expected to draw up a list of potential beneficiaries, evaluate their proposals and purchase goods. The authorities did not respond to requests for comment.

Under EU rules, local officials buy merchandise and equipment for EUTF beneficiaries. They are not allowed to receive cash. The Agadez business proposals were submitted for approval to a committee including local authorities, aid groups and ex-traffickers – not EU representatives.

Some phases of the EUTF program were delayed by the coronavirus pandemic, the official said. But that did not affect Chani and many other Agape residents who applied long before the outbreak.

Thousands of migrants have perished since 2010 on the journey northward, often during crossings of the desert in open-back pick-up trucks or the Mediterranean Sea in overloaded, rickety boats. In 2016, about 300,000 migrants passed through Niger to Libya. That dropped to around 50,000 in 2019, due largely to Niger’s EU-backed clamp-down.

The Agadez program was set up the following year to jump-start small businesses for former smugglers. It was one of more than 200 such projects launched in 26 African countries, and one of 12 in Niger. All told, EUTF projects have created over 66,000 jobs in Africa, the fund’s website says.

Since its genesis, EU data show, about 42% of the more than 2,300 business plans submitted in Agadez have been approved for funding. Of those applicants with approved business plans, the data show, less than half have received the assistance.

Twenty people from Agadez who identified themselves as former smugglers told Reuters they had submitted applications in 2017 – sometimes more than one. They said they either received no assistance or not enough to replace lost livelihoods. Some also said the application process was infuriatingly complex and time-consuming.

Reuters was unable to independently confirm most individual stories, because the applicants did not keep copies of their business proposals and correspondence, and the EU would not address questions about individual cases.

However, the EU official said it was “unrealistic” to match the kind of compensation ex-smugglers used to earn trafficking migrants. “Let us not forget that 10 million Nigeriens live on less than two euros a day,” the official said.

Among the 20 people Reuters interviewed, four said they received aid. However, they said they were given cash, not goods, by local suppliers – which is against EU rules – and that the funds were less than the value of the goods they were promised.

Agadez leaders told Reuters that the growing ranks of unemployed in the city could make residents susceptible to recruitment by groups with links to al Qaeda and Islamic State. Although the region has remained largely free of Islamist violence, attacks elsewhere in Niger surged in 2019, mainly along the western border with Mali and Burkina Faso.

Critics of the EU program, including philanthropies, human rights groups and migration experts, say the European fund was hastily put together, with slow and opaque decision-making and poor oversight.

“Again and again with these EU migration-related projects, the top line is about stopping migration to Europe, and they become blind to the problems along the way,” said Raphael Shilhav, EU migration policy advisor at anti-poverty charity Oxfam International.

Without a way to support his wife and two children, Chani said he agreed to transport a truckload of drugs from Agadez to the town of Ingal, 150 kilometers (93 miles) to the west.

He said he did not know what drugs he was carrying and quit when he didn’t get paid for his first run.

Another former trafficker, Moussa Ditresta, said he became a motorcycle taxi driver with help from the European program but made too little to provide for his seven children. So he returned to smuggling migrants.