Judicial Reforms in AJK are necessary!

The Supreme Court of Azad Jammu and Kashmir passed a landmark decision a few days ago where it annulled the controversial appointments of the five judges in the high court that were made in May 2018. The decision said that no proper constitutional channel had been used for the appointment, so the appointments were illegitimate.

The judicial controversy in AJK started two years ago when Sardar Khalid Ibrahim Khan (late), a member of the Assembly, criticised the Azad Kashmir government’s appointment process of the newly-inducted five judges in the High Court.

He was of the view that the appointments had been made on purely political considerations by adjusting all major tribes. This harmed justice and was against the principles laid down in the constitution of AJK, he held. On the floor of the house, he openly confronted that President Masood Khan, Prime Minister Raja Farooq Haider Khan and Chief Justice of the Supreme Court were guilty of acting against the constitution by appointing the said judges by proposing a single name against a post. This was purely based on nepotism, which was a total violation of the constitution.

The lawmaker further raised the point that the then Chief Justice of the High Court Aftab Tabassum Alvi had different views on these recommendations. His opinion was never considered, which made these appointments morally and legally incorrect. A day after the speech, the then Chief Justice of the Supreme Court Ibrahim Zia issued a notice to outspoken Sardar Khalid to appear before the court and explain that why the court must not pursue him in the contempt of court case. While replying through press conferences, Sardar Khalid took a principled stand that the Chief Justice was exceeding his powers. The notice had been issued in a violation of Article 34 of the Constitution of Azad Jammu and Kashmir. Therefore, he did not accept this unconstitutional move and would not appear in the court of the same. He, along with his party members, demonstrated against the unconstitutional act of the Supreme Court on several occasions.

The former chief justice of AJK had clearly misused his authority and had stepped into the executive matters of the state, which must be investigated

Later in the case, the supreme court issued arrest warrants of Sardar Khalid but unfortunately, during this tug-of-war, the lawmaker passed away in November 2018. This case was then legally pursued by few advocates who took the plea that the procedure for appointment of judges in the High Court was laid down in Section 43, Sub-Sections 2A and 3 of Act 74, under which the names of the unanimous candidates were decided in consultation with the President of Azad Kashmir, Chief Justice of the Supreme Court and Chief Justice of the High Court and sent to the Chairman of Kashmir council i.e. Prime Minister of Pakistan.

Consequently, after two years of a strenuous legal process in the highest appellant court, a two-member bench, comprising of acting Chief Justice of the Supreme Court, Raja Saeed Ikram and Justice Mustafa Mughal, accepted the stance of the petitioners and struck down those five illegal appointments. It is worthy to mention that this decision came after three months of former Chief Justice Ibrahim Zia’s retirement. This proves that the former chief justice was an obstacle to justice and had malicious intentions against the lawmaker who first pointed out these unconstitutional acts on the assembly floor. The former chief justice had clearly misused his authority and had stepped into the executive matters of the state, which must be investigated.

Interestingly, it was also revealed in the proceedings that an affidavit had been filed in the court by the office of president of Azad Kashmir, on the behalf of Sardar Masood Khan, which claimed that the then Chief Justice, High Court, Azad Kashmir, M Tabassum Alvi was consulted before sending final recommendations to Kashmir council’s chairman. The affidavit was challenged by lawyers and rejected by the Supreme Court. Legal and political circles are now demanding that the president should resign on moral grounds for submitting a false affidavit in the Supreme Court. If not, a motion of impeachment should be moved in the assembly against him.

Undoubtedly, the recent decision of the Supreme Court of AJK has become an example in the history of the judiciary. This decision has restored the confidence of the people in the institution. Now, it is the need of the hour that the government come up with a strategy to address the judicial crisis, which is likely to erupt after the appointment of these five judges is held void. The government must devise a mechanism to prevent any kind of corruption in the induction process of new judges. Appointments should be made by activating the Supreme Judicial Council or introducing the legislation, just as the examination procedure for appointment of judges in the lower courts has been fixed. The procedure for appointments in the higher judiciary should also be fixed by the Public Service Commission to ensure appointments on merit.

The institution of the judiciary must be strengthened. For this, it is the right time to start a dialogue for judicial reforms in Azad Kashmir as the recent decision has already initiated the debate! 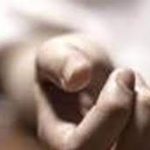