When the notion of rule of law (RoL) is unpackaged, two concepts ensue. One is procedural limitation and the other is substantive limitation of governmental activity. Both are essential for good governance as the governmental activity constrains reciprocity and congruence between the ruler and the ruled through unfair processes (as in GCHQ case) and usurpation of citizens’ rights (as in Bancoult case). It is thus a narrow vision, if not an absolute mistake, to advance one form of control over the other as some serious thinkers had done in the past under the heads of content-free (Joseph Raz) and content-rich (Ronald Dworkin) conceptions. Equally it is unfortunate to keep on connoting the rule of law as an ‘elusive’ and ‘abstruse’ concept because its clarity is afforded by judicial decisions that keep government on its toes. This is, however, not to deny the fact that there are areas of judicial deference where accountability is denied (such as national security, interest of state and referendum) but such domains should be understood as exceptions to the norm rather than its failure. 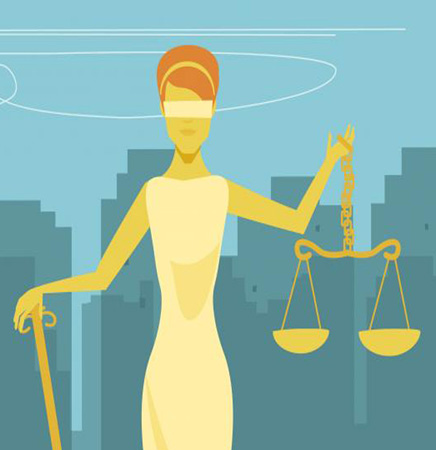 Given the judicial role in practical manifestation of rule of law, the perusal of their judgements is desirable as it gives understanding and perspective to those who think of it as a political slogan or philosophical ideal. In his book, The Rule of Law (2010), Lord Bingham classified ‘affordable access to courts’ as one of the tenets of the RoL. On face value, this looks self-explanatory as it means utility of courts should not be burdened by hefty fees and there should be provision for legal assistance. And there are many cases such as ex parte Witham and UNISON to name a few where the Lord Chancellor’s decisions to put court fees on low-income families were struck down. But a wandering mind may still ask if it incorporates the right to choose a court. This was taken up in Sh. Liaqat Hussain v Federation of Pakistan where it was held that the right to access of court included the right to choose a court and it was a positive duty of the Military Court under Article. 4 of the Constitution of Pakistan (COP) 1973 to deny jurisdiction to civilians for civil matters.

Similarly it may be asked if the jail authorities are bound to provide health services to a prisoner under ROL. This was addressed by the judiciary of Pakistan in Ayyaz Ahmad v Saqib Nazir, Superintendent, Central Jail. Here the Court ruled that if such a provision was guaranteed in law then the jail authorities were duty-bound to provide it. Since in the present ,Pakistan Prison Rules 1978, had maintained such a provision, therefore its compliance was mandatory by virtue of Article 4 of the Constitution.

The dispute arose when a journalist asked the government department to disclose letters that Prince Charles had written to it, which it denied using the non-disclosure certificate under a statute, after a court had ordered its disclosure

Moreover, one may wonder if the RoL prescribes retrospective punishment for there is a suggestion in the writings of A.V Dicey that there should be no punishment without a clear-cut violation of law. The answer lies in the decision of British judiciary in ex parte Pierson. In this case the defendant had killed his parents and had been sentenced to a 10 year mandatory sentence by the Secretary of State (SOS). This was increased to 15 years by a subsequent SOS, which the defendant challenged. It was found that the use of ministerial discretion was unreasonable because it denied the defendant the right to predict his/her sentence. Thus the RoL required not only prediction of law but also prediction of court sentence. In a similar vein, one may ask if the government could use the wheel of statute to ignore court ruling. This situation arose in the infamous Evans case. The dispute arose when a journalist asked the government department to disclose letters that Prince Charles had written to it, which it denied using the non-disclosure certificate under a statute, after a court had ordered its disclosure. In finding in favour of the journalist the Court reasoned that a statutory ministerial power could not be used to circumvent its ruling for equality of law required that its decisions applied equally to the powerful and powerless.

From the foregoing, it is clear that rule of law as a controlling mechanism of governmental activity is not an unrealistic or useless notion because it generally does not camouflage flagrant executive decisions. And its use is made by the judiciary every now and then and is manifested in its accountability of the powerful. In fact as one observes from protection of property rights in Entick v Carrington to compliance with international obligations in Ghaidan v Mendoza it serves to ensure citizens that they can stand up against those vested with power and enables them to feel nexus with the system without which as Lon Fuller opined our state machinery would be a one-way projection of law.

Against this backdrop, it is argued that written scholarship and academia should not confine its discussion to the limbs of A.V Dicey, Joseph Raz, Ronald Dworkin and Lord Bingham alone. Quite contrary, they should focus on case studies that foster equality before law, clarity in law, constancy in law, predictability in law, reasonable use of discretion, correct interpretation of executive power and impartiality of decision-makers. Until such an advance is made the judicial protection of the RoL will always be shadowed by the dust of definitional debate.