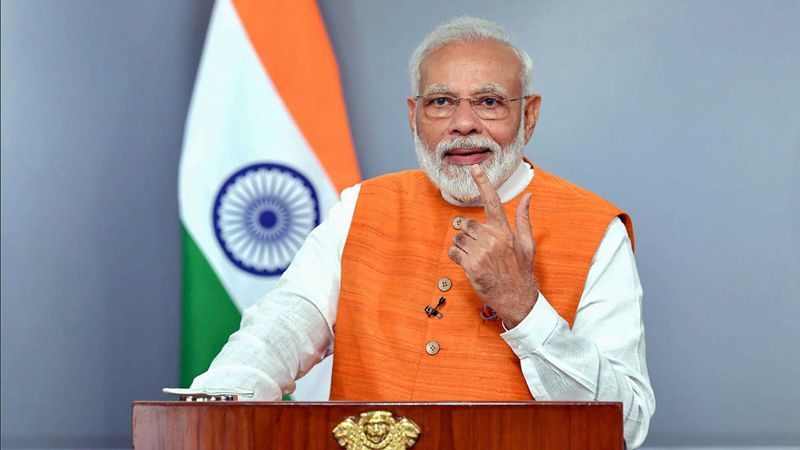 Prime Minister Narendra Modi has opened too many fronts – domestically against minorities, people of Jammu and Kashmir, north eastern states; and externally against the neighbors including Pakistan, China and Nepal. Almost all other smaller neighboring countries have been wary of India’s hegemonic designs at one time or another. India has the advantage of being a big market due to large population, and gets attention because of largest buyer of military hardware. During Cold War era, the US and the West had wanted India to be in their camp; but India chose to have close relationship with the Soviet Union. After the disintegration of the Soviet Union, India thought it prudent to build relationship with the US; and the latter wanted its help in containing China. During recent standoff, Chinese soldiers gave a sound thrashing to Indian soldiers, and reportedly 20 of them were killed and many more injured.

Indian civil and military leadership was mute on this humiliation; yet it tried to convey an impression that Indian soldiers fought bravely. However, on 3rd July, Prime Minister Narendra Modi paid a visit to the forward locations in Nimu, Ladakh and interacted with personnel of the Army, Air Force and ITBP there. In his address he said: “Your bravery, courage and your commitment to defend the honor of the country is incomparable. The difficult conditions under which you serve as a shield for Mother India cannot be compared to any other country. Your courage is higher than the heights from where you defend our borders”. He used many superlatives to boost the sagging morale of the armed forces. Since the US and the rest of the world is facing deadly coronavirus, and their economies have tanked. Hence they are not amused by Modi’s rhetoric.

The US had envisaged a bigger role for India in the Indo-Pacific format. The Quadrilateral Security Dialogue (known as the Quad – the US, Japan, Australia and India), which was initiated in 2007 by then PM Shinzo Abe of Japan was meant to counter China’s rising influence in the region. The diplomatic and military arrangement was widely viewed as a response to increased Chinese economic and military power. The Chinese government had responded to the Quadrilateral dialogue by issuing formal diplomatic protests to its members. Anyhow, the US, Australia and Japan must have been disappointed over Indian military’s performance in Ladakh; and perhaps the recent standoff was a litmus test as to whether India could play its role in containing Chine effectively. For years, the United States and its allies tried to persuade India to become a closer military and economic partner in confronting China’s ambitions.

The question, however, is why China has lost the patience? The answer could be that in June 2020 India signed a major defense agreement with Australia that allowed both countries to use each other’s military bases. And it was expected to invite Australia to join naval exercises it conducts with Japan and the United States, to strengthen efforts by the so-called Quad to counter China’s projection of sea power in the region. As Indian and Chinese troops clashed on their border at Ladakh, Nepal’s government claimed a part of territory on its border that India considers its own. India’s defense minister recently suggested that Nepal’s border actions were taken at the behest of China. Last month, Nepal parliament had approved the new maps showing areas claimed by India as Nepal’s territory. Of course, Nepal and for that matter other countries feel emboldened on humiliation faced by India.

Global Times, a mouthpiece for the Chinese Communist Party, published an editorial on Wednesday last week claiming that the United States had given Mr. Modi’s government false confidence, and that it would ultimately abandon India. “The resources that the US would invest in China-India relations are limited,” the editorial read. This much for external politics; and now let us consider India’s domestic politics that could make India to implode from within. On December 11, Prime Minister Narendra Modi’s Hindu-nationalist government had passed its Citizenship Amendment Act (CAA), which gave immigrants from three neighboring countries (Afghanistan, Pakistan, and Bangladesh) a path to citizenship on one condition: that they were not Muslim. On 5th August 2019, India had revoked Articles 370 and 35-A that gave special status to people of Jammu and Kashmir.

Political analysts presage that with the abolition of Article 370 of the Constitution, 10 states other than Jammu and Kashmir which enjoy special category status could be more volatile than the Jammu and Kashmir. These are Arunachal Pradesh, Assam, Himachal Pradesh, Manipur, Meghalaya, Mizoram, Nagaland, Sikkim, Tripura and Uttarakhand. Conscientious elements believe that under Modi India is on the path to perdition and complete ruin. The Sikh community could hardly forget what happened to them in 1984 at Golden Temple.

Likewise, the Indian Muslims have more or less the same tales of sorrow and miseries, most of which are still unheard. The destruction of Babri Mosque was a major blow to the religious feelings of the Muslim community in India, which also increased sense of insecurity among them. The perception is that Narendra Modi would write obituary of secular India.