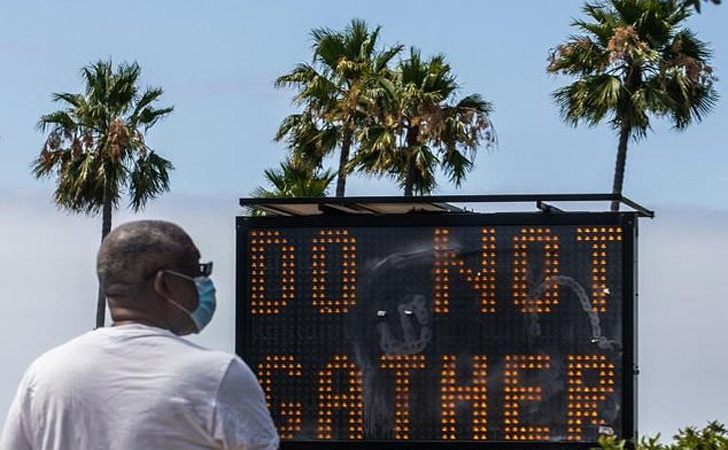 After months of working from home, stir-crazy Americans have finally reached the long, hot days of summer only to watch their vacation horizons dim, with travel options shrinking as the country’s coronavirus cases soar.

“All I’ve been doing this year is canceling trips,” 61-year-old Keith Gibbons said with a sigh, a new reality that the government contractor called “very frustrating.”

Trips abroad are mostly out: The overwhelming majority of countries now bar American citizens amid a sharp US resurgence of COVID-19. The country’s caseload has climb to over 3.7 million — more than one-fourth the world’s total — and deaths have reached over 140,000.

As for cross-country trips, it’s not that simple: In the vast US, laws on mask-wearing and social distancing vary dramatically, and sometimes confusingly, from one jurisdiction to another.

Some states are even imposing quarantines on visitors. Hawaii, for example, has ordered those arriving on the Pacific archipelago to self-quarantine for 14 days.

Its governor, David Ige, announced Thursday that beginning September 1, visitors will also have to submit to a coronavirus test within 72 hours of departing for the state and present proof of a negative result upon arrival in Hawaii.

Meanwhile, New York has extended its list of US states — totaling 22 now — whose citizens will be required to self-quarantine after arriving in the northeastern state.

And in the city of Chicago visitors from 17 states must self-isolate for two weeks — or face fines of up to $500 a day.

Complicating many Americans’ travel plans, the summer destinations of Florida and California are among the hardest-hit by COVID-19, even if the popular Disney World park in Orlando, Florida has partially reopened and a Disney-linked shopping district in California reopened earlier this month.

As for ocean cruises, a highly popular travel option in normal years, they remain banned by a federal “No Sail Order” through September.

At this point, Gibbons said, “It doesn’t seem wise to go anywhere, either because of the local health situation or because the hotels and other establishments are taking steps to deal with COVID in a manner that makes the trip less interesting.”

So if “you want to go to a nice hotel for the weekend but the restaurants are closed, the pool is closed, services are limited, it doesn’t sound like a lot of fun.”

Saher Rizvi, a 40-year-old neurologist in Washington, was supposed to leave in early July for a 10-day vacation to Monaco with her husband and two sons, aged five and seven. The trip had to be canceled.

Today, she draws a sharp red line: Her family will not travel by plane or by train.

“I don’t think it is safe,” said Rizvi, who as a physician has followed the evolution of the pandemic closely.

While some people may have to travel by plane or train for important professional purposes or for family emergencies, “for pleasure, it just seems like the risk/benefit doesn’t seem worthwhile,” Rizvi said.

Instead, her husband had been trying to persuade her to rent an RV for a road trip, but she has her doubts.

“From a Monaco vacation to the RV, well,” she burst out laughing, making clear that the lure of traveling in a compact camper was not compatible with the level of luxury she expected from a hotel overlooking the Mediterranean.

Summer vacation has long been a staple for Americans. This year has not been kind to them.

The recent surge in COVID-19 infections — coupled with the devastating blow to the economy and jobs — has sharply impacted travel plans, according to the US Travel Association (USTA): Bookings for future airplane and hotel reservations dropped a sharp 73 percent year-over-year in early July.

A recent survey by the research institute Longwoods International found that 76 percent of Americans were prepared to change their travel plans for the next six months because of the pandemic. Indeed, 45 percent have already canceled their plans.