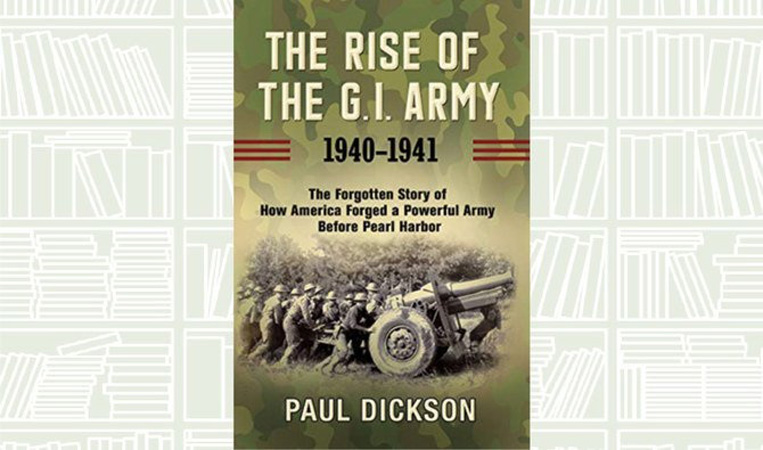 Paul Dickson’s The Rise of the G. I. Army, 1940-1941 recounts the remarkable story of how the US built its Army from scratch before World War II. In 1939 the Army comprised fewer than 200,000 poorly trained and equipped troops and officers. By October 1941, the country’s newly refurbished Army had over a million-and- a-half soldiers in uniform and was led by a revitalized officer corps. “Dickson’s goal is to explain how this feat was accomplished — before Americans knew they were going to war,” said Risa Brooks in a review for The New York Times. Brooks said that Dickson’s “book reveals some little-known history about the Army and American society in the 1930s and early 1940s. Some readers may be surprised to learn that a New Deal program, the Civilian Conservation Corps, known as the Tree Army, was run by the Department of War.” Major sections of the book discuss a series of “maneuvers” in the American South in 1940 and 1941, including the important Louisiana Maneuvers of 1941.