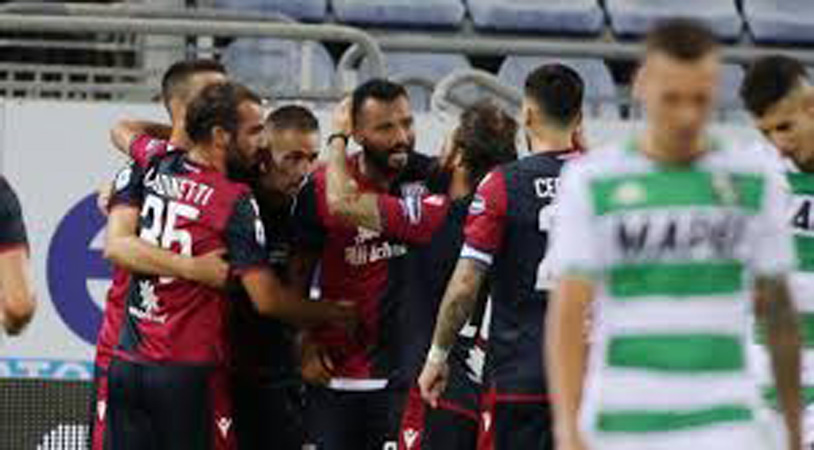 CAGLIARI: Brazilian striker Joao Pedro scored a second-half equaliser for 10-man Cagliari with their only shot on target to snatch a 1-1 Serie A draw against fancied Sassuolo at the Sardegna Arena on Saturday. An unmarked Pedro side-footed home after excellent work on the left wing by Marko Rog to score his 18th Serie A goal of the season and claim a barely-deserved point for the home side, who had teenage defender Andrea Carboni sent off early in the second half. The result was a blow to Sassuolo’s hopes of winning a place in the Europe League next season and was a performance that will frustrate manager Roberto De Zerbi after they dominated possession and chances, but only converted an early header by Francesco Caputo. Eighth-placed Sassuolo move to 48 points from 34 matches, five behind seventh-placed AC Milan, who occupy the final Europa League qualification place, providing Coppa Italia winners Napoli finish in the top six. Milan play Bologna later on Saturday. Cagliari remain in 11th position with 42 points.