Covid-19 survivors ‘could have long-lasting immunity’ 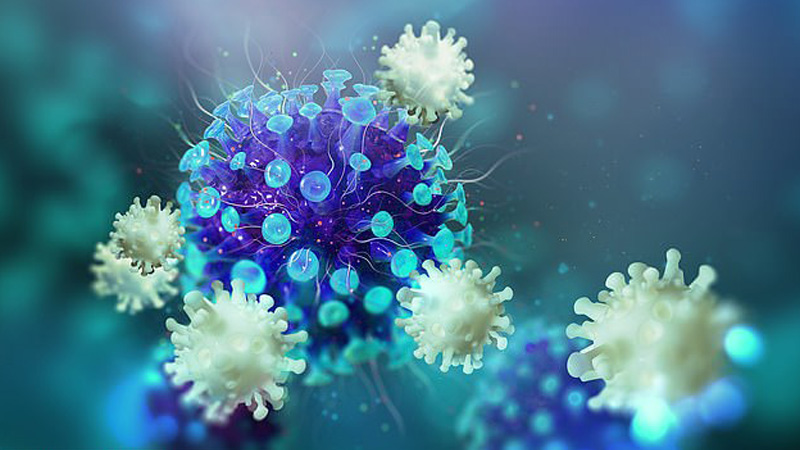 Hopes that Covid-19 survivors have long-lasting immunity is growing as scientists now believe crucial disease-fighting stay in the body for many years.

Leading immunologists said T cells – a type of white blood cell in the immune system – are produced by almost everyone infected with the coronavirus.

Until now most of the attention on immunity has focused on antibodies, substances made by the immune system to fight off a virus before it takes hold.

But Danny Altmann, professor of immunology at Imperial College London, described antibodies as ‘precarious’ and ‘transient’.

Evidence is beginning to suggest that antibodies disappear in as little as eight weeks after infection with the coronavirus, scientifically called SARS-Cov-2.

On the other hand, T cells – which target and destroy cells already infected with the virus – are ‘durable’, Professor Altmann said.

Professor Mana Maini, a viral immunologist at University College London, added that there is a ‘good chance’ T cells are long-lasting, a finding she described as ‘really important and exciting’.

It has been feared that those who have fought Covid-19 will not be protected from catching it again because of the rapid decline in antibody levels.

But scientists admitted they still don’t know how long immunity lasts, given that the SARS-CoV-2 is still shrouded in mystery because it has only existed since December 2019.

Professor Altmann, who this evening published a review of scientific knowledge about T cells in the Science Immunology journal, stressed that as of yet, there is no proof that T cells protect against Covid-19 if someone were to catch it again.

But he nodded towards several pieces of research in the past few days that give hope that they do.

‘They look rather durable and seem to be getting made in virtually all exposed people, by that I mean everybody from severely hospitalised people to PCR negative household contacts of cases.’

Professor Altman pointed to a recent paper from Stanley Perlman, an immunologist at University of Iowa, who he described as being ‘like the godfather of coronavirus immunity’.

Published in the journal Immunity on July 14, the study reviewed the evidence of humans’ immune response to Covid-19.

Professor Altman said: ‘His paper has a lot of background evidence that would support that in general for coronavirus, T cells can do the business.’

T cells are a type of white blood cell that are a key component of the immune system and help fight off disease.

‘Killer T cells’ fight off a pathogen, while ‘helper T cells’ signal for action in other parts of the immune system when they notice a cell has been invaded.

T cells are often considered a first line of defence in response to a pathogen while antibodies are kicked into action later on.

‘Emerging studies are showing T cells are being generated to a wide spectrum of viral proteins. The fact they may last better than antibodies is really important and exciting.’

She also pointed to a scientific study published yesterday, that showed people infected with SARS in 2003 still have high levels of T-cells now, 17 years later.

The same Singaporean team previously discovered antibodies for SARS were undetectable after two or three years.

SARS — another type of coronavirus very similar to the one that causes Covid-19 —was behind an epidemic that predominantly struck Asia in 2003. No cases have been identified for 15 years.

The findings ‘support the notion that Covid-19 patients will develop long-term T cell immunity,’ the researchers wrote in the journal Nature.

Professor Maini said: ‘There is quite a lot of evidence from other systems, not just SARS, that T cells tend to be long lasting.’

She added there is increasing data showing that what scientists call ‘residence T cells’ that fight infection locally – in the lungs in the case of Covid-19 – have ‘really long lives’.

Professor Maini said: ‘They’re very good at staying and turning over slowly in the tissue and being able to be ready to mount an immune response many years later.

‘We’ve just shown this in the liver – we can track T cells surviving more than a decade later. So I think there is a good chance the T cells will be long lasting.’

Professor Altmann said there was enormous attention being given to the role of antibodies in the early days of the pandemic.

Antibody tests – also known as the ‘have you had it’ tests – were expected to be game-changing in the understanding of how many people have had the virus.

But some people who are certain they have had the coronavirus, or have even had a lab-confirmed positive test, do not show antibodies several weeks after recovering.

‘The caveat now is we don’t see it is as reliable measure of prior infection as we first thought as because some people might have waning antibody levels by 8 or 10 weeks,’ Professor Altmann said.

He said this might mean the prevalence of the virus in the population may have been much higher than thought.

The prevalence surveys so far commissioned by the Government have used antibody tests and suggest up to eight per cent of England have had the virus.

But if people have already lost their antibodies they would not come up as positive.

Unfortunately commercial tests to measure T cells appear very far off because they are difficult to measure.

If T cell testing does become possible, Professor Altmann said it may be a much more reliable marker of immunity in the world.

The role of T-cells also suggests a vaccine against Covid-19 will give lasting protection. The vaccine developed by Oxford University, for which the first results are to be published on Monday, is expected to demonstrate a strong T-cell response.