Lahore had been a capital of Mughals and Sikhs long before the East India Company’s annexation of the Punjab. Destabilisation in the region after the death of Ranjit Singh served as an alibi for British Military intervention, which enabled the final annexation of Lahore.Lahore came under direct control of the British East India Company in 1849. During the colonial era Lahore became the centre of a web of religious, cultural and personal connections reaching out to the cities of the Indian sub-continent and to the world. Colonial Lahore featured on the tourist trails eased by railway links and hotel development. 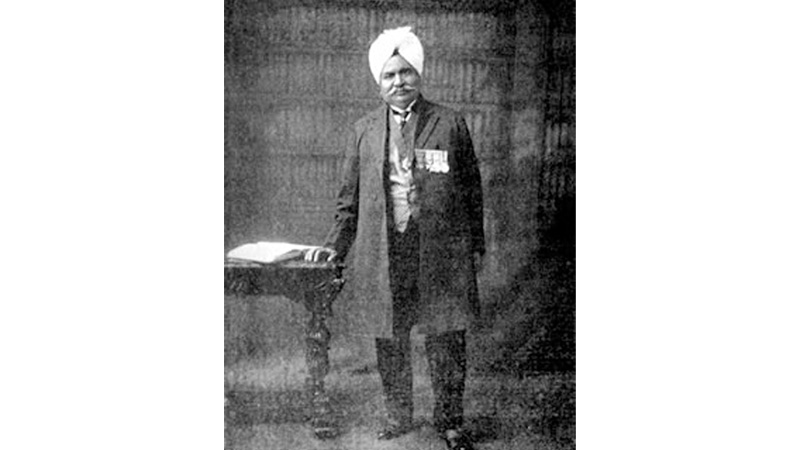 The city transformed under the colonial state that used it as a symbol of its Majestic power.Lahore became one of the largest cities of the Indian subcontinent. Colonial period laid the foundations of modern Lahore with Indo- Islamic style of architecture. A few miles from the walled city were scattered villages surrounded with landscape. The British were interested in the fertile lands of the Punjab.The Lahore Canal was built to open up barren lands between Lahore and Ferozepur.In 1861 the British, with the experience of the 1837 famine in the sub-continent in mind, decided to build a series of canals to open up fertile lands to ensure that future famines were avoided.

Sir John Lawrence, Governor of Punjab laid the foundation stone of Lahore Railway station in 1959, it was one of the earliest purpose built structure in Lahore, which was completed in three years. The British built Mall roads in most of the cities they ruled. The origin of Mall roads is known as Pall Mall in London.To connect Anarkali with the new British administrative area known as Mian Mir Cantonment, a public road was built that was named Mall Road, which is a classic example of colonial era Lahore that has developmental history.1860 was of historic significance for the Mall road, as it marked the beginning of its landscape development.

Mall road shows the vision of the British who envisaged its conception keeping the future scenario in view.In early colonial accounts, Lahore as a city is confined to the walled city. British confinement of Lahore to the spaces inside the walled and gated city enabled administrators collating facts about the city to separate it from its suburbs and contiguous areas. The early residential development in Lower Mall was known as Donald town. The Upper Mall was both an administrative and recreational area with the Government house and the Lawrence Gardens in which the Lahore Gymkhana Club was located. The central Mall was known as Charing Cross. The alignments of the Mall road remained unchanged until 1920, where after extensive developments were made in the eastern sections of GPO crossing by the Executive Engineer Sir Ganga Ram.

The history and architecture of Lahore cannot be separated from Sir Ganga Ram, who was one of the most respectable names when it comes to the beautification or welfare services in Lahore. Sir Ganga Ram was the father of modern Lahore. His works stand tall even today and each monument speaks for his meticulousness and eye for detail. For twelve years, he was the executive engineer of Lahore, a period which has been called as Ganga Ram period of Architecture.

The Lahore High Court, the museum, Post Office Building, the Anglican Cathedral, and National College of Arts are a few of the several examples constructed following this hybrid tradition. In these structures, balconies, columns and watchtowers, interact with domes, canopies, arches and screens. In Lahore, all of these iconic structures were raised by Ganga Ram. From the leafy end of the Mallthat begins with the Aitcheson College to the university and Lahore museum it is the spirit and creative vision of Ganga Ram which permeate the air. Ganga Ram also built and endowed the Maynard hall and Hailey hall for the Punjab University.Working with the colonial state, he transformed the landscape of the city to reflect the glory of this new empire. A new cityhad been raised from the debris of its Mughal past.

He died in London on 10 July 1927. His body was cremated and his ashes were brought back to Lahore. A portion of the ashes were consigned to Ganges River and the rest buried at his Samadhi in Lahore on the bank of the Ravi River.Sir Ganga Ram had served Lahore with his intellect and zeal for giving Lahore the best architecture which is a pride of Lahore.

The brothel houses were first developed by the British in old Anarkali Bazaar for the recreation of the British soldiers during the British Raj. After that these were shifted to Lohari Gate and then to Taxali Gate.Under the British colonial rule, Heera Mandi became a hub of prostitution. The place was originally the center of the city’s courtesan culture in the Mughal era, known as the Shahi Mohallah, it was a specific place where the servants, and courtesans of the king used to live.The British authorities offered several justifications for the British regulation of prostitution in colonial British India. One justification of such state regulation of prostitution was the notion that prostitution was a vital safeguard against homosexuality. The British saw another further need for prostitution, It was seen as necessary to stave off boredom among soldiers. The British preserved and regulated prostitution through mandatory licensing and medical examinations, not out of concern for prostitutes, but out of concern for their own military men.

Sleepless on a hot August night, the narrator sets off towards Lahore City.

The moon blazes down onto sleeping men, lying like corpses.

A restless child stirs on a rooftop, and is stilled by its mother.

Through the Delhi Gate he enters the walled city, where it seems even hotter and more stifling.

He hears men talking and pulling at their hookahs, and a shopkeeper balancing his books behind the shutters.

At the Mosque of Wazir Khan he climbs a dark stair to a minaret high above the moonlit city.