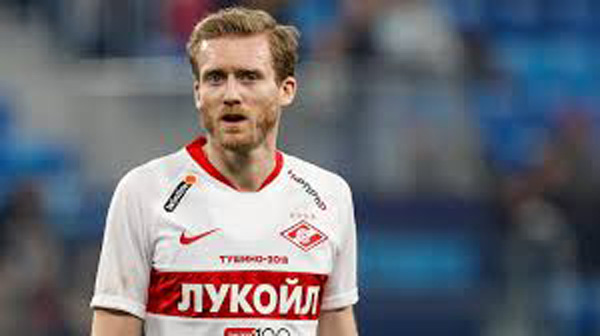 BERLIN: Germany’s World Cup winner Andre Schuerrle announced his retirement from football at the age of 29 on Friday, two days after his contract with Borussia Dortmund was terminated by mutual consent. Schuerrle, who won the World Cup with Germany in 2014, had one year left on his deal at Dortmund but the club announced his departure on Wednesday. In an interview with German magazine Der Spiegel, Schuerrle opened up about the loneliness he suffered as a professional footballer in the last two seasons after he spent a year on loan at Spartak Moscow and another at Fulham. “The decision matured in me for a long time,” Schuerrle said. “I don’t need any more applause. “You always have to play a certain role in order to survive in the business, otherwise you will lose your job and you won’t get a new one.” Since making his debut for Mainz 05 in 2009, Schuerrle made over 370 club appearances and went on to play for Bayer Leverkusen, Chelsea and VfL Wolfsburg. He was capped 57 times by Germany and scored 22 goals.