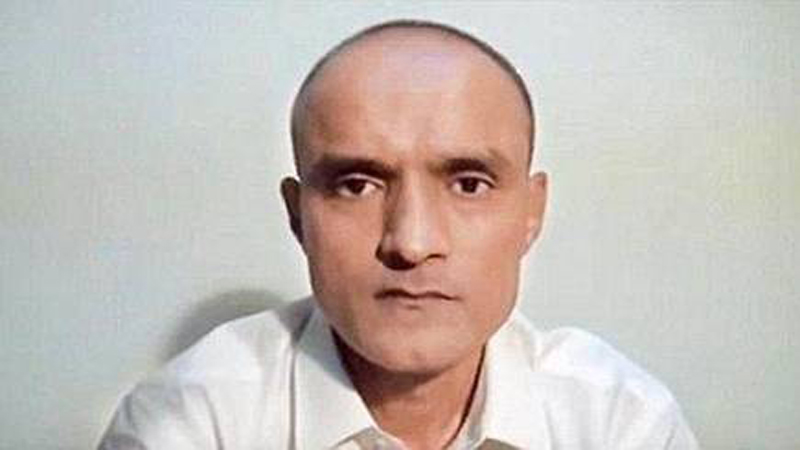 The development comes a day after Pakistan provided the second consular access to Jadhav on Thursday. “Two consular officers of the Indian High Commission in Islamabad were provided unimpeded and uninterrupted consular access to Commander Jadhav at 1500 hours,” according to a Foreign Office statement issued on Thursday. However, late that evening, Foreign Minister Shah Mahmood Qureshi had said that two officials from the Indian High commission in Islamabad – who had been provided consular access – left without hearing the Indian spy out. In a statement, he had said that consular access was given according to the terms agreed upon. “India’s ill intentions have come to light. They didn’t want consular access. [Jhadav] kept asking the Indian diplomats to talk to him and they left,” he had said. Calling the behaviour of the officials ‘astonishing’, Qureshi had questioned that if Indian diplomats didn’t want to talk to Jadhav, why did they ask for consular access. “They had objected to the glass that had been placed in the middle so we removed it. They had also objected to audio and video recordings so that was also not done. We fulfilled all their requests, but still they left.” he had said.

On Thursday, Pakistan had also reiterated its offer to file an appeal in the IHC against Jadhav’s conviction. “The time limit for filing a review petition is 60 days [set to expire on July 19]. We hope that India will cooperate in this regard,” the Foreign Office spokesperson had said.

Last year, Jadhav was given first consular access under the Vienna Convention on Consular Relations 1963 on September 2. Earlier, the mother and wife of Commander Jadhav were also allowed to meet him on December 25, 2017, as a humanitarian gesture.

Jadhav – a serving commander of the Indian Navy associated with Indian spy agency Research and Analysis Wing – was arrested on March 3, 2016, from Balochistan on allegations of espionage and terrorism. In his trial at a military court after his arrest, Jadhav had confessed to his involvement in terrorist plots in Pakistan. He was subsequently sentenced to death in 2017. However, India insisted that Jadhav was not a spy and said he was kidnapped from Iran. On April 10, 2017, Army Chief Gen Qamar Bajwa endorsed the death penalty for Jadhav. In June 2017, the Indian spy had filed a mercy petition against his death penalty, in which he again confessed to his involvement in terrorist activities. However, before Pakistani authorities could make a final decision, the ICJ, after being approached by India, had ordered a stay in his execution through an interim order in 2019. Later that year, ICJ announced its verdict, ruling that Jadhav be allowed consular access immediately and asked Pakistan to ensure ‘effective review and reconsideration of his conviction and sentences’.

The ICJ, however, had rejected all other remedies sought by India, which included the annulment of the military court decision convicting Jadhav, restricting Pakistan from executing the sentence, securing Jadhav’s release and ordering his return to India. The ICJ said that even though it had found Pakistan in violation of Article 36 of the Vienna Convention on Consular Relations (VCCR), “it is not the conviction and sentence of Mr. Jadhav which are to be regarded as a violation of Article 36 of the Vienna Convention.”

Meanwhile, Pakistan on Friday welcomed the designation of Noor Wali Mehsud, the leader of Tehrik-e-Taliban Pakistan by the United Nations Security Council ‘s 1267 Sanctions Committee on its ISIL (Da’esh) and Al-Qaida Sanctions List.

“The sanctions are being implemented by Pakistan in compliance with the relevant UNSC resolutions and we hope that other countries will also follow suit,” Foreign Office spokesperson said in a statement.

TTP is already a UN-designated terrorist organization and is responsible for numerous terrorist attacks inside Pakistan. Pakistan has defeated TTP through comprehensive security operations in the country. However, TTP continues to operate from outside Pakistan’s borders with support from its third-country facilitators. “Pakistan will continue to pursue its policy of fighting against those involved in participating, financing, planning, facilitating and perpetrating terrorism,” the spokesperson remarked.