Industry 4.0 and the world

Throughout the past centuries, man has evolved his mental insight and physical fortitude to create change. These changes have reshaped communities and societies. The alterations in the thought process have brought profound transformations in our socio-economic and political structures. The first such change that altered regions and the world, in particular, was the first industrial revolution. It began in 1765 that followed the proto-industrialisation period. The concept of mechanisation was the biggest factor in this revolution. Because of this, agriculture started to be replaced by the industry as the mainstay of the societal economy. This mechanisation augmented the production and output of the industries. Researchers and historians claim that the first industrial revolution began in Britain during the 1700s. During this time, the industries in America expanded by using coal, steam, and water in their industrial processes. The invention of the steam engine and the instalment of railroads across the US and Europe eased transportation of cargo that expanded trade. During the 1800s, the invention of the light bulb added a new dimension to the lifestyle. People would read, write, and work at night – a time that was previously left unused. 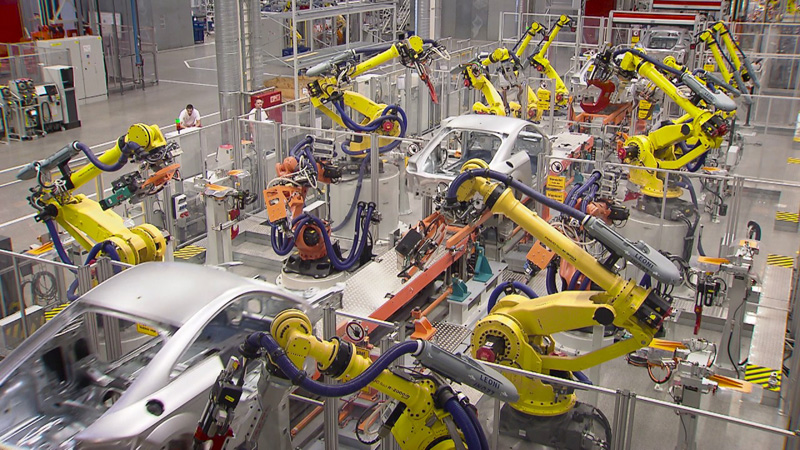 The second industrial revolution, according to historians, was the period between 1870 and 1914. The combustion engine began producing energy for individual, industrial and commercial purposes. American mechanical engineer, Frederick Winslow Taylor’s models of production became the foundation for setting up industries and factories across the US. Henry Ford’s automobiles enhanced transportation. While people used the telegraph and telephone for the communication, the cross-national railroads in the US and mass-production in factories were the key highlights of the second industrial revolution. In data communication, the British developed the first data-processing machine that deciphered the Nazi codes in World War II. In 1950, Alan Tuning proposed in his paper about the machines that can think and compute. Moreover, it was during the second revolution that the field of Artificial Intelligence (AI) was founded in 1956. This happened at the Dartmouth Conference, Dartmouth College.

The third industrial revolution was the most in terms of its impact. Where the first and second industrial revolutions did set up the foundation of the next era, the third industrial revolution expanded communication and enhanced the industries by using the concepts and theories formed during the previous eras. The development of the World Wide Web or the Internet was the most significant invention. Computers – in their primitive forms – began to be used in offices and at homes during the 1970s and 80s. In 1983, the Ethernet was standardised followed by the establishment of the Domain Name System (DNS) that provided the system of naming websites. In 1989, Tim Berners-Lee developed the HTML language giving the World Wide Web (www) to the public. It was during the third industrial revolution that websites became online marketplaces for buyers and sellers to carry out trade activities. During this period, wireless M2M technologies became prevalent in industries while the birth of the Google search engine disseminated information. Kevin Ashton, a British technology pioneer coined the term ‘Internet of Things’ in 1999 that has become a profound industrial term today. According to Ashton, (IoT) refers to a system where the Internet is connected to the physical world via universal sensors

Currently, we are living in the fourth industrial revolution. Digitisation, digital transformations, connected gadgets, devices and the availability of Wi-Fi have been the cornerstone of this revolution. The emergence of Cloud and Big Data and how data is used in decision making by industries has added multiple dimensions to data analytics. The fourth industrial revolution has been overshadowed and very much guided by the gadgets that ease real-time navigation and communication. Google, in this regard, has been the torchbearer for launching applications for smartphones. It has enabled users in connecting with devices and communicating with people. The fourth industrial revolution has connected the world to make it truly a global village. The user-friendly applications along with dynamic websites and social media have surely made this era a digital one. The digitisation of the process that we have today could not have been achieved without the mechanisation of processes that transpired during the first industrial revolution. The fourth industrial revolution, however, has changed the very fabric of our socio-economic, political, and geopolitical dimensions. It will continue to bring modifications in our lives and to society as artificial intelligence will augment the human thought process. This digital age will certainly be the bases for the era of the Internet of Things.