* 'That's when I realised they don't want a conversation or growth, they wanted to put the young negro in his place,' Cannon wrote 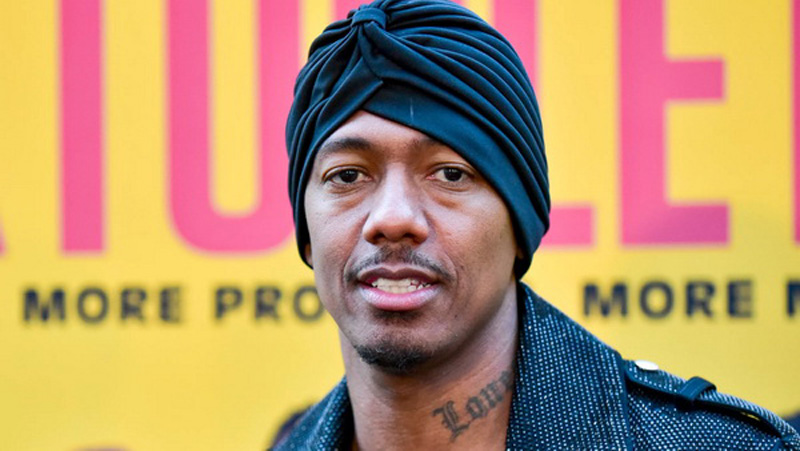 Nick Cannon shared a lengthy post on Facebook criticizing ViacomCBS for firing him and demanding they hand over full-ownership of the Wild ‘N Out brand.

In the post, Cannon accused the corporation of lying in its press release announcing his firing, “saying that I didn’t attempt to reconcile the situation when on two separate occasions I specifically acknowledged and openly requested a forum to be corrected.” He also said he tried to reach out to ViacomCBS owner Shari Redstone to apologize and received no response.

“[T]hat’s when I realized they don’t want a conversation or growth, they wanted to put the young negro in his place,” Cannon wrote. “They wanted to show me who is boss, hang me out to dry and make an example of anyone who says something they don’t agree with.”

Cannon also addressed the Jewish community, saying he’d spoken to many people in recent days about his comments. “I must apologize to my Jewish Brothers and Sisters for putting them in such a painful position, which was never my intention, but I know this whole situation has hurt many people and together we will make it right. I have dedicated my daily efforts to continuing conversations to bring the Jewish Community and the African American community closer together, embracing our differences and sharing our commonalities.”

ViacomCBS has fired Nick Cannon after the TV host and executive made anti-Semitic comments during a recent episode of his Cannon’s Class podcast on YouTube, the New York Times reports.

On a June 30 episode of the podcast, Cannon aired an interview with Richard Griffin, better known as Professor Griff, a former member of Public Enemy who was fired from the group after he said Jews responsible for “the majority of wickedness that goes on across the globe” in a 1989 interview with The Washington Times. When Griffin stood by his comments on Cannon’s Class, Cannon replied, “You’re speaking facts. There’s no reason to be scared of anything when you’re speaking the truth.”

Cannon also addressed the Jewish community, saying he’d spoken to many people in recent days about his comments. ‘I must apologise to my Jewish brothers and sisters for putting them in such a painful position, which was never my intention, but I know this whole situation has hurt many people and together we will make it right’

Elsewhere in the episode, Cannon referenced anti-Semitic conspiracy theories regarding “the Rothschilds, centralized banking, the 13 families, the bloodlines that control everything even outside of America.” After Griffin suggested that Jews wielded outsized control in media, Cannon again alluded to the Rothschilds, a banking family long-tied to anti-Semitic conspiracy theories.

“I find myself wanting to debate this idea and it gets real wishy and washy and unclear for me when we give so much power to the ‘theys,’ and ‘theys’ then turn into illuminati, the Zionists, the Rothchilds,” he said.

On Monday, July 13th, Cannon addressed his comments in a post on Facebook, stating he had “no hate in my heart nor malice intentions.” He added, “I do not condone hate speech nor the spread of hateful rhetoric,” and “I hold myself accountable for this moment and take full responsibility.”

On Tuesday night, July 14th, however, ViacomCBS decided to end its relationship with Cannon, issuing a statement that read in part: “While we support ongoing education and dialogue in the fight against bigotry, we are deeply troubled that Nick has failed to acknowledge or apologize for perpetuating anti-Semitism, and we are terminating our relationship with him.”

Cannon’s work for ViacomCBS included hosting the long-running comedy show Wild ‘N Out, first on MTV, then on VH1. He was also an executive at TeenNick, the spin-off Nickelodeon network geared towards adolescents. Cannon also hosts the musical game show, The Masked Singer, although that program airs on Fox, which is not part of ViacomCBS. Courtesy rolling stone