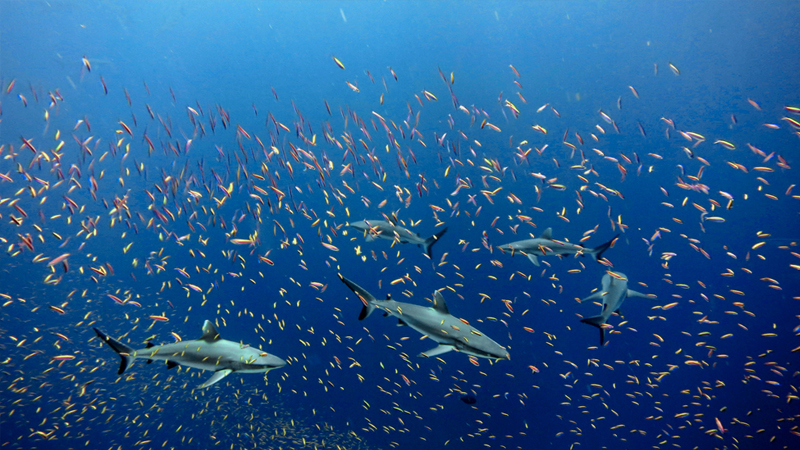 Experts and civil society representatives have shown their grave concerns over least prioritizing the Sustainable Development Goal (SDG) 14 – Life Below Water that deals with the maritime affairs. They urged the government to take immediate steps to tackle marine pollution, streamline its management in a more sustainable manner by amicably resolving the overlapping mandate of the federal and provincial authorities.

The participants also showed their trepidations and apprehensions for the extremely overlooked revised draft of the National Maritime Policy (NMP) that is lost in the government shelves for over three years. They also suggested establishing a joint policy advocacy, awareness-raising and outreach platform for the maritime stakeholders especially on the SDG14 targets.

They were speaking at a multi-stakeholder consultative webinar organized by the Development Communications Network (Devcom-Pakistan) and DTNTV on Tuesday.

Speaking on the occasion, Admiral (Retired) Asaf Humayun said that Pakistan was signatory to many international treaties and conventions on maritime affairs but we hardly had any significant implementation. Maritime affairs have also divided mandates between the federal and the provinces after the 18th amendment in the constitution.

Rear Admiral (Retd) Saleem Akhtar said we have three ports and a very long coastal belt to benefit from the blessings of the ocean but have no adequate policy and action plan to harness the benefits. More than 3000 million gallons of untreated wastewater is drained to the ocean. It has caused severe sea pollution damaging the fisheries. European Union has banned import of fish from Pakistan resulting one-sixth of the catch goes to the poultry feed and part of it consumed locally.

Mirza Zeeshan Baig, Director General Maritime Affairs, Ministry of Planning, Development and Special Initiatives, said the Federal SDG Unit in the Planning Commission is effectively coordinating progress with the partners and stakeholders. All tiers of government need to establish horizontal and vertical partnerships for coordinated efforts to achieve meaningful progress on SDGs. To achieve success on SDGs agenda a strong partnership between public and private sector and civil society is needed.

Khalid Taimur Akram, Executive Director of the Centre for Global and Strategic Studies (CGSS), said the adverse impacts of Climate Change has been witnessed over the world’s Oceans. They are heating up and causing the worst impact on aquatic life as many species have vanished, fishes are dying while the oceanic system is getting bleak that would not only result in wiping off more species but causing disasters too.

Kanwar Javed Iqbal, Sr Research Fellow with Islamabad-based National Institute of Maritime Affairs (NIMA), said: Pakistan’s maritime agenda, federal government along with provincial governments of Balochistan and Sindh should take necessary steps for the promotion of applied research and its uptake in policies and processes. After the 18th amendment in the national constitution, it’s a shared responsibility for various segments of marine resources.