World TeamTennis to kick off season with safety measures in place 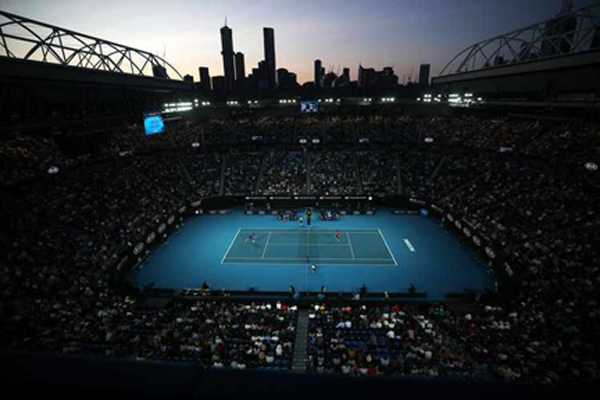 NEW YORK: World TeamTennis (WTT) kicks off its three-week regular season on Sunday, as the world of professional tennis moves forward in the United States during the coronavirus outbreak. Back-to-back champion Springfield Lasers face the Orlando Storm to kick off opening day at the Greenbrier in West Virginia, with all matches taking place at the resort throughout the season, where mandatory testing and temperature checks, along with other safety precautions, are in place. Four-time Grand Slam winner and comeback queen Kim Clijsters of Belgium joins the New York Empire, who are out for redemption after losing in the finals against the Lasers last season, while 2017 U.S. Open champion Sloane Stephens leads the expansion team Chicago Smash. As many as 500 fans at a time will be allowed at the Greenbrier’s 2,500-person stadium, making it among the rare few sporting events in North America to welcome attendees in the COVID-19 era. Frances Tiafoe, a 22-year-old American who reached the quarterfinals at the 2019 Australian Open, was forced to drop out of the WTT events earlier this month after testing positive for COVID-19. The event takes place weeks after the Adria Tour was cancelled following its second leg in Croatia due to numerous positive coronavirus tests among participants, including Novak Djokovic, the top-ranked player in the world.