It’s not just the presidency: Trump is changing the Congress 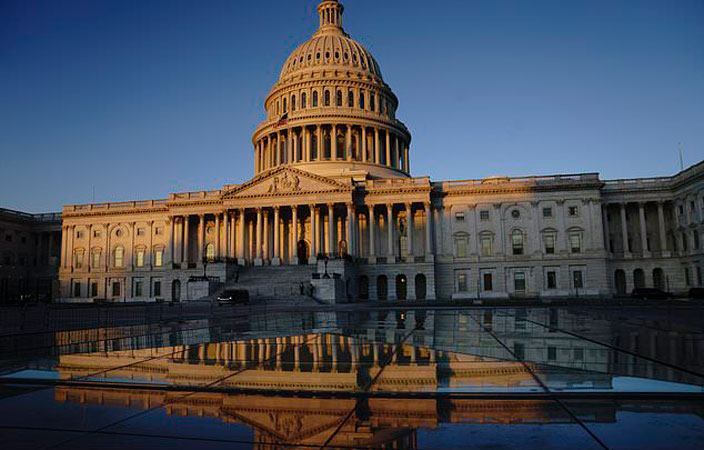 More than perhaps any president in modern history, Trump has been willing to ignore, defy and toy with the legislative branch, asserting power and breaking norms in ways his predecessors would hardly dare.

Republicans shrug it off as Trump being Trump, leaving Democrats almost alone to object. While the Democratic-run House took the extraordinary step of impeaching the president, the GOP-controlled Senate acquitted. Over time, there’s been a noticeable imbalance of power, a president with few restraints drifting toward what the founders warned against.

Think of it as “the incredible shrinkage” of Congress, said historian Douglas Brinkley.

“It´s created this massive void in our democracy,” Brinkley told The Associated Press.

As Trump seeks reelection with the country facing crises unseen in a lifetime, Congress is confronting questions about its ability to shape the direction and future of the nation.

This week, the Supreme Court weighed in, acknowledging the “clash between rival branches of government” over Trump´s financial records. Chief Justice John Roberts, writing for the majority to return the case to lower courts, said that while the subpoenas for the documents were broad, the president went too far in claiming virtual immunity from congressional oversight.

“What was at stake is, is the president above the law?” said House Speaker Nancy Pelosi, D-Calif., taking the ruling as a win for her end of Pennsylvania Avenue.

The erosion has taken place in ways large and small.

First, Trump took money for his promised border wall with Mexico without lawmaker approval, circumventing Congress´s bedrock power over spending. Then he began to fill top posts with officials who did not have the support of senators, negating their role to advise and consent on nominees.

And when the House launched probes that led to impeachment – the ultimate check on the executive – Trump refused to comply with subpoenas, declaring them invalid. The courts are now left to decide.

But typically presidents only go so far, knowing Congress is eyeing their every move, ready and willing to intervene. The executive knows they may soon need votes from lawmakers on other matters, creating a need for cooperation. Trump rejects that model outright, treating the Congress as support staff to his presidency and relying on sheer force of personality to shape the government to his will. A simple Trump tweet can cower critics and reward loyalists all the same. His power only grows as lawmakers, particularly Senate Republicans, stay silent.

The result is a an exhaustive, head-spinning era that´s turning Capitol Hill into a spectator stand of those watching, reacting and shaking a fist as their institutional prerogative is slipping away.