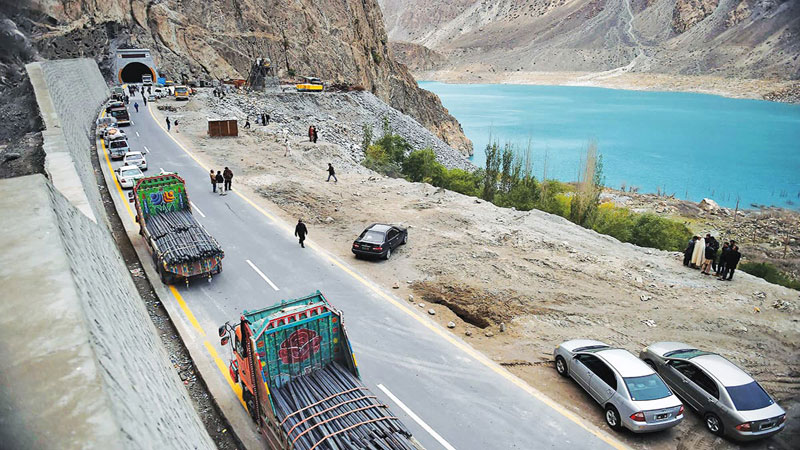 Pakistani and Chinese leaders agreed that Balochistan is important to both the all-weather friends and the province was a key part of the China-Pakistan Economic Corridor (CPEC).

According to a report carried by Gwadar Pro on Saturday, the dialogue engaged speakers from most of the mainstream political parties of Balochistan to reiterate their commitment towards making CPEC a success and to discuss China’s achievements in tackling the Corona Virus pandemic at home and abroad.

Chinese ambassador to Pakistan Yao Jing in his keynote address highlighted the importance of Balochistan to Pakistan and China. He explained the achievements of China in tackling COVID19 faced by and also appreciated the efforts of Pakistan in the war against the pandemic.

Moreover, he assured that china will stand beside Pakistan through thick and thin. China has helped Pakistan in establishing a 1000 bed isolation hospital and is continuing to help Pakistan.

Yao said CPEC is not all about China-Pakistan friendship rather it is just a small part. China Pakistan Friendship is much beyond the CPEC.

Governor Balochistan Amanullah Khan Yasinzai in his address said that both China and Pakistan need each other. “If they have the technology we have the resources. So we should use the technology to extract resources and get a mutual benefit.” He further added that CPEC is not being digested by India and other powers and they are trying to sabotage it.

Moreover, he said, “Balochistan needs much attention in all spheres of society. We, Bloch, are the true representatives of the Balochistan and not the BLA type organizations”

The governor said the provincial government and the federal government were committed to making CPEC a huge success in the interest of Pakistan, China, and the region. “There have been issues (among the Baloch people) in the past but not anymore. We are united on CPEC,” he said.

Other participants believed CPEC was a lifeline for Pakistan and the region. They agreed that iron brother China had injected money to improve Pakistan’s economy.

All the participants acknowledged China’s help over the years to promote Pakistan’s economy and position on international issues. They regretted that India had been trying to sabotage the CPEC and create confusion, and made a joint pledge that “We will not let India create misunderstandings. China is our friend. We love China.”

Earlier, Chairman EPI Ahsan Hamid Durrani gave the opening remarks by explaining the purpose of holding the dialogue. He said that the dialogue is an important effort by his organization to bring together the Chinese government and the political leadership of Balochistan to discuss the CPEC and COVID19.

All the speakers reaffirmed their commitment towards CPEC and appreciated the responsible role that China played in combating COVID19 at home and abroad. Speakers stressed for expanding the role of Balochistan and increasing opportunities for Balochistan in CPEC. They also urged for conducting more such interactions with the Chinese Embassy to increase cooperation.