Abuse of power in uniform

“What I fear most is power with impunity. I fear abuse of power, and the power to abuse”-Isabel Allende, writer from Chile 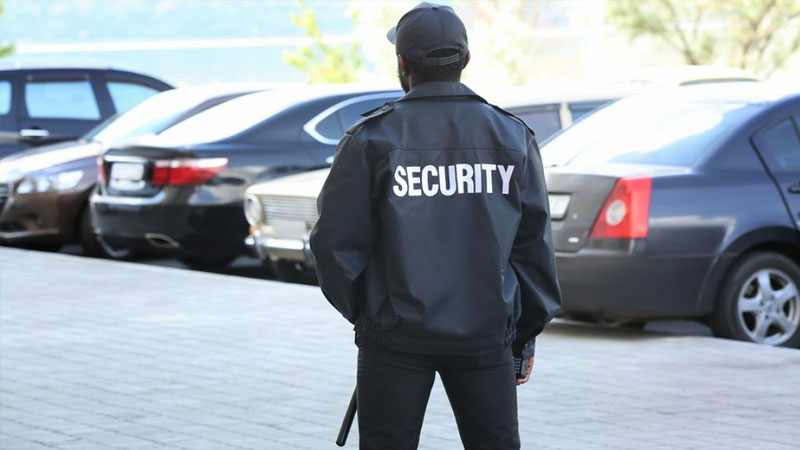 A uniformed security guard of a reputed educational institute stopped a regular adjunct faculty member from entering the premises just because his parking sticker was no longer valid and they had standing instructions not to let anyone, whosoever, inside the institute if the new sticker was not displayed. Despite his pleas that he was not informed of the overnight change, the guard (probably a retired army man) kept on arguing and persisted in disallowing him from going inside even though he was getting late for his class. An apparently educated and well-mannered gentleman with a walkies-talkies came up to intervene and on being told about the class, allowed the teacher to go to the security office located near the entrance where it was revealed that the particular email containing the change had not been circulated to members of the visiting faculty.

The idea is not to lodge a complaint against the security administrator but to highlight the authority wielded by persons in uniform. This is a common complaint of those who have experienced similar behavior by Pakistani policemen, military personnel, airport security staff, even airline officials etc. Uniforms are meant to distinguish a person’s rank or position but in addition to the control they may exercise, does it also empower the ones wearing them to be rude or to step beyond their assigned jurisdictions and assert in a way that can be offensive to respectable citizens? The answer to this question could be hidden in a number of factors, chief among them are of course, the euphoria of authority coupled with pathetic accountability for misuse or abuse.

Observers feel that even when a weakling adorns a uniform, the strength they put on is quite remarkable. In the recent past, there were incidents reported from different airports where passengers were manhandled by immigration and security officials. The videos which were widely circulated showed uniformed men and women behaving in the most obnoxious manner with people who were already fatigued from a long haul flight. Those who have had the experience of international travel know very well, not to hurt the ego of these officials so no matter how they behave, or display a haughty attitude, these travelers keep their cool. The inexperienced lot, however, are the ones to fall in their trap by reacting with perhaps their facial expressions, even if they remain silent. This is enough to trigger the beast in the uniform to emphasize how powerful he/she can be in such a situation.

Why does this happen? How come a skinny official in uniform is able to exert authority over a person who maybe physically and status-wise, much stronger than him? Is there not such a thing as humility? A person with a good soul who is full of attributes and extraordinary power becomes more humble and is likened to a drooping tree that is laden with fruit whereas those who have got more than they can digest tend to overplay with whatever little they have-empty vessels make more noise!

During the discussion that ensued amid this background, one participant argued that according to her understanding, in the Colonial rule of the Indo-Pakistan Sub-continent, the British introduced various services, made specific laws and groomed the locally recruited officials in order to effectively run a slave country that could keep the populace subjugated. Members of the upper class, who willingly betrayed their people to please their ‘fair-skinned masters’ and benefit from the Raj, were awarded large landholdings and after independence, their descendants became successors of the departing colonialists, as the new ruling elite of this country.

This elite managed to maintain the sycophant mentality which meant that social inequalities should prevail, ordinary public remain suppressed, the level of consciousness stay at an ebb so that the flow of votes could continue to keep their dynasties in power. Since the ruling heads are filled with this junk mindset, it tends to permeate in the network of officials, uniformed or not, which leads to high-handedness when dealing with ordinary folk, who appear to them as slaves, like the way they were, once in history. Well, this is one interesting point of view but Brits have long gone and it is about time we emerged from this morbid state of bigotry. Besides, in the United Kingdom, the prime minister and other executives have no qualms about mingling freely with the common man.

Another factor, which is more sociological in nature, is the patriarchy that exists in majority families of all strata of society

She, however, mentioned an interesting feature of the Khyber Pakhtunkhwa province where the land tillers (mazarays) are treated with respect as against the cruelty inflicted upon their counterparts living in Sindh, Punjab and Baluchistan. This is because huge landholdings are limited, persons who manage to reach a better status work hard for their people and areas thus helping to uplift them and improve literacy; tenants consider themselves at par with the owners (Khans) of land and no one dare think of messing with his mazara or his family otherwise he gets to suffer the traditional Pashtun rage. Here one can conclude that since the frontier has largely remained independent, the people stayed free from contamination of slavery like in other parts of the Sub-continent.

Another factor, which is more sociological in nature, is the patriarchy that exists in majority families of all strata of society. The father figure is seen as an authoritarian who has the capability of dictating his terms and conditions on each member of the family. If he happens to be the sole bread-winner then it is double jeopardy as everyone looks up to him for sustenance. Since he finances the household, he has the assumed right to dictate how the girls and boys in the family should be raised, what careers they should choose, whom they are supposed to meet, whom should they tie matrimonial links with, etc. and if anyone deviates, he/she can be subjected to severe punishment which can be mental or physical abuse or in some severe cases, adolescents could be ostracized.

Usually children raised in these conditions, more so where the mothers are submissive too, tend to mimic this control as soon as they get an opportunity. This is manifested in their behavior like the bullies in schools and colleges, the self-acclaimed leader among friends or the wayward addict who roams the streets inciting others to follow in his footsteps. Once these kids grow up and become encased in, especially a uniform, then their reactionary souls wake up wide. They know it is time for them to avenge their childhood tortures. Unfortunately, rather than targeting the responsible father, these acts of revenge are directed towards the unsuspecting public. Although, this conduct is adopted by majority in bureaucracy in general but is most prominent where power is vested in persons clad in a uniform.