Reading Iqbal in Postmodern Times: invitation to the other Iqbal and the other in Iqbal

Unlike Holderlin and Rilke, Iqbal is still awaiting his Heidegger, who could appropriate and present him for the post-Nietzschean world audience. Unlike Heidegger, he has received little attention from great philosophers and theologians of the world. Even the Muslim world has been largely ignoring him or just packaging his complex and enormously fecund and subtle mystical and metaphysical insights into some neat and clear formulations. Due attention to his existential and metaphysical thought has been overshadowed by overemphasis on his political thought. He has so far been written off by major histories of philosophy into margins of modern Muslim thought through his vast output was addressed to modern man as such and not to the Muslims only.

Under his unique literary genius and combining all traditionally-recognised approaches to the Ultimate – poetry, philosophy, religion and mysticism – has immense power to speak to an age marred by various crises that fundamentally spring from haunting nihilism (even violence from fundamentalism has been understood in the backdrop of pathologies of nihilism and reactions to them) and is seeking in art and poetry its redemption. If Holderlin, Rilke and Rumi have a worldwide audience, if Gibran, Hesse, Borges and many other mystically inclined authors are still popular, why can’t Iqbal the mystic, the poet, the sage have a worldwide audience? There is an enormous scope for Iqbal who batted for Rumi almost a century back, an Iqbal who read Nietzsche in mystical terms well before his importance in the postmodern thought came to be widely explored along this line, an Iqbal who formulated a mystical philosophy that addresses certain concerns of the nihilistic age in an idiom that is not too alien to its ears, an Iqbal who diagnosed decadence in the Western civilisation and suggested turn East much before it became a rallying cry appropriated by counterculture poets and some influential writers and philosophers, an Iqbal who championed passion, vitality, individuality, freedom and faith in relationships and love in a milieu that still longs for retrieving them in a dehumanising, deindividualising homogenising mass culture.

In post-Nietzschean times, where the spectre of nihilism keeps us haunting, it is no longer the problem of cross and crescent or even atheism and theism or usual binary of transcendence vs. immanence that man is asked to address

From the perspective of the self with which Iqbal measures everything, what is most significant is avoiding West/East binary, Cross/Crescent binary and even tradition/modernity binary and thus Coloniser/Colonised category and moving on, as a legitimate inheritor of God’s vast earth, creatively appropriating its resources and rejecting political framing of human destiny. Iqbal the poet, the philosopher, the mystic – as Muslim to Truth/Real – as compared to Iqbal the ideologue of an ideology/theological formulations that could be passé or that formed limited context or framed his more universal or comprehensive and de-ideologised transcendence centric anthropology/autology – needs to be emphasised in reading him in postmodern times. For Iqbal, salvation is won here and now and he gives us, beyond posthumous framing of the question, “this worldly” picture of what it means to believe. For him, belief is translatable as love or vital act of appropriation of the whole universe. In post-Nietzschean times, where the spectre of nihilism keeps us haunting, it is no longer the problem of cross and crescent or even atheism and theism or usual binary of transcendence vs. immanence that man is asked to address. The question is of certain withdrawal of Being/Sacred to which not only Heidegger but even Schuon testify due to movement of history or what is implied in the doctrine of cycles or what our theology deals under the heading of end times ordeal forcing “descent into Hell” of which theologians such as Altizer talk about. Our saviours today are, according to many moderns including some theologians like Altizer, sage writers. If art has partially substituted religion in the (post)modern world, and there are great difficulties with saving people with the traditionally received idiom of religious narratives, the poets like Holderlin and Iqbal have much to help save many souls in the post-theological and post-secular world. Iqbal appropriated major spiritual, cultural and philosophical figures in his vast poetic corpus, especially Javid Nameh, to illustrate the thesis of spiritual democracy here and salvific inclusivism there. Even great secular figures like Nietzsche, Lenin and Marx are respectfully accommodated in his inclusive picture. World religions are not rejected as such though the uniqueness of Islam in comparison is stressed. Like Levinas, he illustrates the universality of religion (Ad-din al-qayyim) through Islamic particularism.

The problem of redemption from the hell unleashed by nihilism is addressed by Iqbal in a way that postmodern theology and key issues in philosophy of religion get illumined. Nihilism is overcome by the burning for the meeting (and not meeting) with the Beloved, by being open to the Call of the Other, by being receptive, by negating the ego that seeks some other meaning than the meaning one discovers when the ego recedes to the background. Iqbal’s Rumoozi Beykhudi and the insight that the other is a projection of the self for its unfoldment of riches or play, so to speak, and God forms the horizon of the self as the latter is affirmed to the extent God’s proximity is achieved, underscores his other-centrism. For him, the self gets fuller realisation by becoming open to love, by witnessing itself in the presence of God/the Other. Iqbal speaks of the garden, of music, of beauty, of intoxication of love and he gets access to them by opening himself up to Reality, by transcending the cunning of the conceptual intellect that posits dualities that separate or push us to the narrow cocoon of the self failing to love and that is what constitutes hell from which great modern and postmodern thinkers seek an exit. No dualisms, no need to comprehend but a drive to dissolve in the Mystery, to embrace life and love unconditionally without imposing conditions conceptual intellect or Faustian attitude demands. Iqbalian project of dealienation helps in existential translation of theological notions that seem to posit otherworldly stage for the resolution of key issues including salvation. Praying for a fulfilled heart for which unceasing travel is itself a destination that keeps the possibility of love alive, Iqbal overcomes anxiety and temptation of secular utopianism. Iqbal lived the “unseen” world – the higher world – that is invoked in mystics and artists. Prophets have brought the news from the nowhere – the Netherland of spirit, of love, of living for the other that is felicity/redemption. Jesus is love. Mystics or saints live the station of love. We need to note the significance of Iqbalian appropriation of more traditional Sufi lore and his advocacy of radical innocence before the Word/Truth/Being resisting all ordinary representational linguistic and cognitive attempts that Derridean and Heideggerian approaches have strongly questioned. Iqbal’s love centrism is a way of affirming other centrism of which Levinas is a great prophet in postmodern times.

Iqbal is far more subtle and nuanced than hitherto recognised as can be, for instance, noticed by cognisance of his appropriation of Bedil and Ghalib who are arguably the key claimants for recognition in the postmodern milieu, his attention to poetry and philosophy interface, his notion of intuitive reason, his notion of immanent infinite and reworking of key Sufi notions for a more open-ended and affirmatory ontology and his reading of apocalypse on almost Derridean lines where Mahdi/Kingdom of God is the far off horizon of the present moment, an event to be that is coterminous with what is unfolded in every coming and the universe is never finished as is unfinished the wail of a lover for the consummation of love.

Given postmodern thinkers have sought to reclaim the Romantics for their ends, it is instructive to note how Iqbal engaged with them. Iqbal found some echoes of his own deeply felt perceptions in the Romantics and was never swayed by them though he could, in his catholic genius, assimilate the best of their haunting melodies of soul in exile seeking company in the ruins of modernity. Romantics themselves were at heart medieval in sensibility, nostalgic about dying relationships, peasant simplicity, freedom of spirit and imagination, beauty and splendour of nature. They couldn’t accept key claims of modernity and its attendant secularisation though they were converts to its promises of freedom and liberty and justice. Modernity had succeeded in weaning most of them away from traditional founts of transcendence but they sought to evade corrosive nihilism in its wake by rediscovering albeit in some demythologised and impoverished form the Platonic realm of eternity, inspiration, love and imagination. Iqbal though a devotee of tradition couldn’t afford disengagement with the emerging worldview that overturned almost everything traditional. He “appropriated” tradition for facing modernity and all its alienating and nihilistic undertones. The Romantics were fellow travellers in the path.

Aziz Ahmed in his Iqbal: Nai Tashkil, observes: “After having read all of Iqbal’s poetry, one feels obliged to read a lot around him (to understand him), for example, Rumi, Nietzsche, Bergson, al-Jili, Greek philosophy, ancient Hindu philosophy, modern European philosophy, German, Latin and English poetry, Persian and Urdu ghazal, and after having read all this when you come back to Iqbal you feel you have yet to read a lot.” This intertextuality makes Iqbal hard to fix or frame in absolutist terms in any system. He built heavily on the other texts that the Quran requires to be read beside itself including cosmic Quran/Quran-e takweeni (“signs on the horizon”), history, psycho-spiritual phenomena (“signs within”). One can’t finish reading him and he becomes open-ended quest instead of finished realised vision. Iqbal is all ears, ever seeking newer horizons, never ready for union or settling at any station, ever striving to approximate the unattainable or supremely Transcendent though He lives as “Immanent Infinite” as well. Iqbal while every inch a proud Muslim honours great sages, saints, philosophers, religious and most of the secular figures of the non-Islamic world.

Iqbal initiated many debates which continue to attract the interest of scholars worldwide. We have not produced another Iqbal. We have not finished reading and understanding him. His vision remains to be realised. He constitutes an invitation to keep quest alive as newer revelations of Being are pouring in every moment. Beyond the framing and conceptual tools of binary logic and language, sciences and ideologies, and fixation with absolutes on this side of the grave, Iqbal calls for love’s and Imagination’s unfinished and unending work that is life when lived from its depths. Being an “unattainable quest,” the Other/God is never possessed but every approximated. Justice is never fully done as Derrida would say as the need for a struggle against all kinds of oppression and need for the martyrdom of Hussains never ceases. Man lives in tension with the Other and life of ego is this tension and this never ceases. Poetry and philosophy keep wonder alive and life becomes a Question that has no given or final answer. One must learn to live with the Question or as the Question as Voegelin would argue.

If postmodern thought is read as a pagan rejection of transcendence, absolutisation of relativism, impossibility of knowledge and access to liberating meaning or truth or fashionable obeisance to the notion of the death of God as most Muslim and Indo-Pakistani critics of it (from Jalaul Haq in his Postmodernity, Paganism and Islam to Ahmed Javed), Iqbal launches a war against it as a new idol of the West. However, if read as quasi-mystical, other centric, justice centric, wonder centric, art inflected, compassion oriented, open-ended quest, Iqbal has something to say in which philosophers as diverse as Heidegger, Levinas and Derrida and the post-secular post-theological world would be interested. 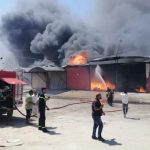 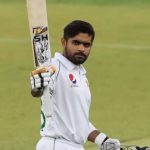 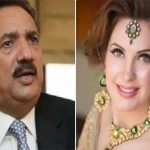