There are some experiences that you never forget: Sajal 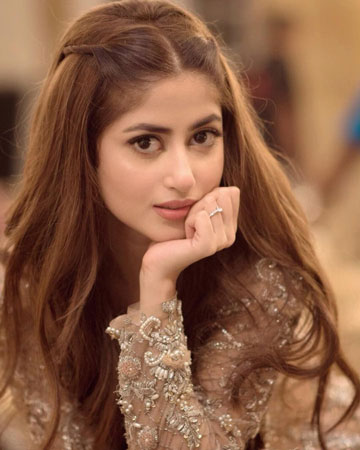 Prominent actor Sajal Aly shared a throwback photo on social media to mark three years of her Bollywood debut. Turning to Instagram the starlet penned down a heartfelt now along with pictures from the sets of Mom which also features Sridevi.

“There are some experiences that, no matter how much time goes by, you can never forget,” Aly wrote.

She added “More often then not, people think that an actors life is easy, but not everyone thinks about the things we leave have behind when we commit to a character. We commit a portion of our lives to a project, and in the process put our own lives on pause. That can sometimes be the most difficult thing.”

‘There are some experiences that, no matter how much time goes by, you can never forget,’ Aly wrote

Aly concluded by sharing that for her, Mom was not a film, but a portion of my life she will never forget.

Indian model and actress Sonam Bajwa commented “I love this film and loved you even more in your character.”

The thriller film, which was released in 2017, starred Sridevi, Akshaye Khanna, Adnan Siddiqui, Nawazuddin Siddiqui and others.