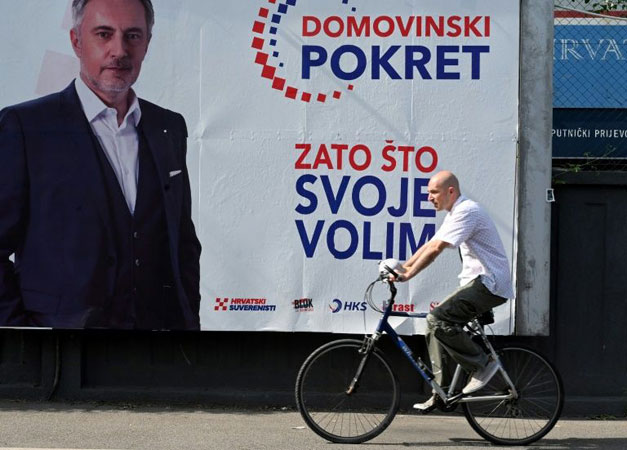 Croatia heads to the polls Sunday under the shadow of the coronavirus, with an uptick in cases raising pressure on ruling conservatives as they face centre-left rivals and a new nationalist party who could become kingmaker.

The vote comes as the Adriatic country is hurtling towards its worst economic crisis in decades, with the pandemic choking the crucial tourism sector even as the country’s own COVID-19 outbreak has largely been kept in check.

When the elections were first called in late May, the centre-right HDZ was hoping to profit from its relative success in containing the virus, recording some 100 deaths and 2,800 infections in the country of 4.2 million.

Yet while daily cases hit zero a month ago, the past two weeks have seen a gradual rise, bringing COVID-19 back to the centre of political debate.

Polls put the two biggest political camps neck-and-neck, setting the stage for a close race between Prime Minister Andrej Plenkovic’s HDZ and a coalition led by the opposition Social Democrats (SDP). With only around a quarter of the vote share each, both will struggle to secure an outright majority.

That could leave a newly-formed right-wing populist party led by folk singer Miroslav Skoro — polling in third with around 11 percent — in position to shape the next government.

Neither side is keen on allying with Skoro, who is accused of sexist remarks and nostalgia for Croatia’s pro-Nazi past, an orientation out of the question for the leftist SDP.

HDZ has also been dismissive of his movement, but analysts say they may be lured into a tie-up in order to secure the needed 76 seats in the 151-member house.

In power since 2016, Plenkovic’s HDZ has been campaigning under the slogan ‘Safe Croatia’, presenting the prime minister as a trustworthy pair of hands to navigate the coming economic downturn.

The economy is expected to shrink some 9.4 percent due to the pandemic — the biggest contraction since its independence from Yugoslavia in 1991.

Yet Social Democrat leader Davor Bernardic, who heads the opposition’s ‘Restart’ coalition, has accused HDZ of “rushing into an election to profit from the coronavirus crisis”.

Plenkovic, 50, has come under fire himself for not going into self-isolation after attending a tennis event organised by Novak Djokovic, who later tested positive along with four other players.

The prime minister tested negative but is still accused of jeopardising the health of citizens by touring the country ahead of the vote.

In the first TV debate between Plenkovic and Bernardic on Monday, the premier opened by holding up his fourth negative test for the virus.

But Bernardic, 40, insisted that “coronavirus is back”, with the country logging at least 50 cases most days this week.

“Croatian man, the family and homeland is at the centre of all our policies,” is how Skoro defines his party. The popular musician made his debut when he finished third in Croatia’s December presidential election, inspiring him to form a new party.

HDZ could also be hurt by a recent corruption scandal involving an influential official, plus graft suspicions that led several ministers to quit the cabinet.

Yet the party still has better coalition potential than the Social Democrats with other smaller groups in the running, according to analysts.