A lesson in inflation

It ought to teach the government something that inflation in fiscal year 2019-20 clocked in at 10.74 percent against the target of 8.5 percent largely because it was unable to control food prices despite ample stock in the country. Two times in two years now the PTI government has failed to meet its inflation target and nothing really troubles ordinary citizens – exactly the people that counted on all its slogans and promises of change – quite like unaffordable food, fuel, electricity, etc. And since last year’s price surge owed primarily to electricity and food prices, it is a fair conclusion that people, especially from the middle and lower income classes, have not been too happy over these past two years of so called New Pakistan.

The final figure of the financial year just ended would, in fact, have been much higher if it hadn’t been for the coronavirus pandemic. With the economy suddenly shut down and aggregate demand all but completely destroyed, it was only natural for prices to drop like a brick as well. Sadly, while overall prices did drop in these few months, which did the inflation number a world of good, prices of some essential commodities like wheat, flour, sugar and petrol rose irrationally and made the average joe’s life pretty miserable. To make things worse, price inflation in each one of these items owed to rampant corruption, cheating, hoarding, and all the usual things that have become only too commonplace in Pakistan over the years. And this government, even if it didn’t actively support the artificial price hike, was simply unable to do anything about it except make speeches that impress nobody anymore.

There are, as already mentioned, lessons in all this for the government. For the next year provides a good opportunity to put a number of these things right. One, it should follow up on all the claims about teaching mafias and cartels a lesson right from the start. There is no reason it cannot succeed. As PTI members never tired of saying on the campaign trail, all the corruption was only possible because the government allowed it. Now that they are the government, and they say they do not allow any such thing, then there’s no reason that they should not have their way. Two, now that it is well aware of all the bottlenecks and breakdowns in all important supply chains, it should be able to preempt a number of problems and act, not react, so to speak. And three, it should now also be able to identify a lot of the bad guys that exploit the system. They should all be taught a very harsh lesson so other people think twice before breaking the law. Otherwise the people of Pakistan will be treated to the same script again next year. * 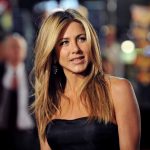