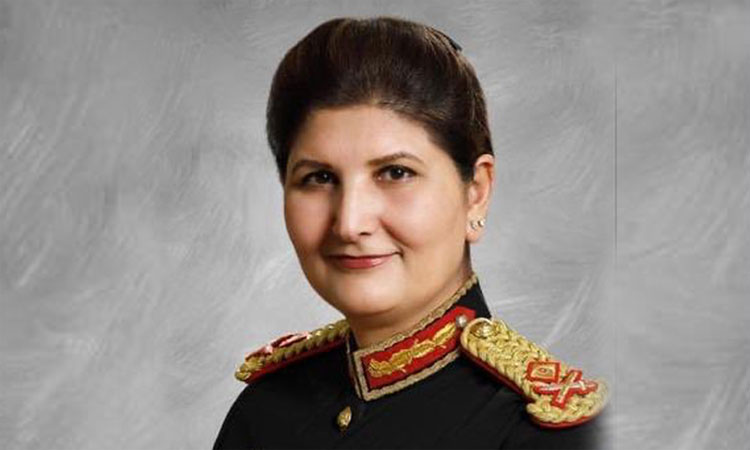 Major General Nigar Johar has become Pakistan’s first female officer to be promoted to the rank of lieutenant general, the military’s media wing said on Tuesday.

In a tweet, the Inter-Services Public Relations (ISPR) Director General Maj Gen Babar Iftikhar said the officer has also been appointed as the first female surgeon general of the Pakistan Army. She hails from Panjpeer village in Swabi district, the statement added.

In 2017, the newly promoted lieutenant general became the third woman officer in the history of the Pakistan Army to reach the rank of major general. She is the daughter of Col Qadir, who served in the Inter-Services Intelligence (ISI), and is the niece of Maj (r) Aamir, a former Pakistan Army officer who served in the ISI as well. Both her parents died in a car accident some 30 years ago.

According to PID, not only is the newly promoted lieutenant general a doctor, but also a sharp shooter. She completed her schooling from Presentation Convent Girls High School, Rawalpindi and graduated from Army Medical College in 1985. In 2015, she received a Master’s degree in public health from the University of Health Sciences, Lahore. She also has the honour of being the first woman officer to be given command of a unit/hospital of the armed forces.

Congratulating the officer on her promotion, Leader of the Opposition in the National Assembly Shehbaz Sharif said that this sent a powerful message to girls and young women, ‘to aspire for the impossible in life’. National Assembly Speaker Asad Qaiser has congratulated Major General Nigar Johar on her promotion to the rank of lieutenant general and assuming the post of surgeon general. In his message, the speaker said her promotion is a matter of pride not only for the women of District Swabi but also for women across the country.