In the year 2011, the US had reportedly launched its first Advanced Hypersonic Weapon (AHW); a glide vehicle that successfully hit the target at a range of 3700 kilometers. In another landmark achievement, the US also developed Falcon Hypersonic Technology Vehicle, capable of Mach 20 speed. In addition to this, the Hypersonic Air-Breathing Weapon Concept (HAWC) missile is also under development, having a speed of Mach 5. The said weapon came into the spotlight when recently on June 10 it was accidentally dropped by a US strategic bomber during a trail. US hypersonic weapons program also includes the development of Tactical Boost Glide (TBG) vehicle, which is believed to be in response to Russia’s Avangard hypersonic glide vehicle, and the HyRAX unmanned craft projects respectively. With these developments, the US aims to neutralize both Russia’s and China’s significant developments being carried out in this sphere for the last few years.

The prospects of the global arms control regime, to stop hypersonic proliferation seems to be very less likely

In the same vein, Russia is known to have developed and deployed a hypersonic glide vehicle Avangard that too can reach an incredible speed of Mach 20. Moreover, Russia has developed ‘KH-47M2 Kinzhal’ hypersonic cruise missile with a reported range of 1200 kilometers and capable of achieving Mach 10 speed. China’s hypersonic weapons inventory comprises of; DF-ZF hypersonic glide vehicle compatible with DF-17 ballistic missiles capable of reaching Mach 10, the weapons are expected to be operational by end 2020. Also, China is reportedly developing air-launched CH-AS-X-13 missile, speculated to achieve a speed of Mach 10 speed with a range of up to 1500 kilometers. According to some reports in international media, Japan also intends to indigenously develop its hypersonic weapons. This includes Hypersonic Cruise Missile (HCM) and the Hyper Velocity Gliding Projectile (HVGP) planned to be operational in the late 2020s. These developments are aimed at achieving a landmark in hypersonic capabilities. 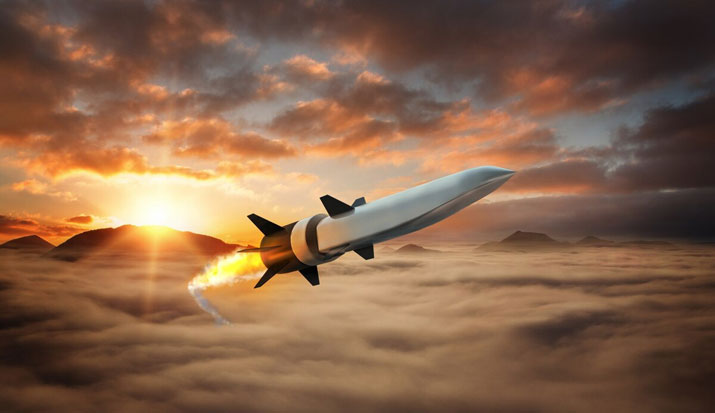 In this context, the South Asian region also has significance where the emergence of hypersonic technology is quite visible. Most recently on June 12, 2020, India conducted its first on-field test under an indigenous project to develop a hypersonic unmanned scramjet cruise missile namely Hypersonic Technology Demonstrator Vehicle (HSTDV). India is also reportedly developing another hypersonic cruise missile BrahMos-II in collaboration with Russia that too is aimed at achieving Mach 7 hypersonic speed. As per the estimates, there is still a long way to go for India to get its hypersonic BrahMos-II missile operational. Still, India’s hypersonic capabilities would likely bring new challenges to regional security. They will further embolden India resort to a counterforce first strike against Pakistan. It would also provide India a decisive edge vis-à-vis Pakistan’s nuclear capabilities. In the same way, Pakistan won’t be in a position to deter India from using hypersonic weapons in case of any future conflict keeping in view India’s eagerness to develop hypersonic weapons.

It is pertinent to highlight that hypersonic weapons are widely considered to be deadly weapons based on their certain specifications. These include; incredible speed and maneuverability and long-range as compared to ballistic and cruise missiles. Similarly, hypersonic weapons can easily penetrate any advanced air defence shield currently available and in the near future as well. In the South Asian context, if India gets its hypersonic weapons operationalized, the region would become more vulnerable and prone to a nuclear conflict between India and Pakistan. Likewise, it would further add to Pakistan’s security to be at stake. Such a situation would increasingly become more complex given the short flight times and the 3,133 kilometers of the border (including LoC) between the two countries. At the hypersonic level, it would likely be a matter of a minute or two for India to initiate the first strike in absence of a credible countermeasure. These geographical circumstances would likely provide India an edge vis-à-vis Pakistan thus becoming a considerable challenge.

At present, the hypersonic race at the global level as well as its emergence in South Asia poses a serious threat to international and regional security. Currently, there is no credible anti-missile system or interceptor that could successfully detect and destroy hypersonic weapons. In addition to the US, Russia, and China’s hypersonic rivalry, there are prospects of hypersonic weapons in South Asia based on India’s aspiration of these dangerous weapons. The prospects of the global arms control regime, to stop hypersonic proliferation seems to be very less likely. This is also evident from the abandonment of the INF Treaty, the ABM Treaty, and the likely fate of New START. Similarly, India’s likely acquisition of hypersonic weapons along with its other counterforce preemptive capabilities vis-à-vis Pakistan would disturb the strategic stability of South Asia. Though Pakistan’s threat perception is mainly inclined towards India, it has relied on a credible nuclear deterrence approach. It would also encourage India to mold the South Asian deterrence equation in its favor. Pakistan needs to look into this threat more cautiously and come up with some plausible countermeasures to balance the strategic environment of the region.

The writer works as a Research Associate at the Strategic Vision Institute (SVI) Islamabad, Pakistan