The retired men and 35 percent of the female government employees are facing extreme hardships because of excessive price hike in daily use commodities. Moreover, their salaries cannot mitigate their problems, instead enhancing the grievances.

Meanwhile scores of employees told news men that they cannot survive by receiving just less salaries at the end of each coming month instead dry bread they cannot provide them sumptuous meal in lieu of meagre amount of their salaries.

The Federal Government have had announced the attractive budget but did not pay heed even to support its employees just with 20 percent increase in their respective salaries and the old retired men and females respectively so far. One of the commuter Imdad Hussain told that his six children together with the parents cannot pass their lives conveniently because of lacking salary, adding that shoes , clothes, and books etc for study relating reflecting adverse impact on the inmates , therefore, unable to provide all items to them in lieu of little salary which was being paid to him after 30 days.

Moreover, the income resources are much low than the demand of a home, when the rent of houses jumped to sky high level too. Thus unbearable condition irks badly to the inmates. A six family members when all of them minors and the earner was one at home, so how it could be possible to pass hard days despite facing price hike took place. The ailment cannot be faced by a poor low paid salary male or the female, as the medicines went on high rates everywhere, but the existing hospitals did not bother to serve medicines free of cost easily. The travel fare at local level was being charged double than just a year back. So much so the carnivorous system badly disrupted far away from live men and female to survive comfortably on every falling day & the night. The labour class survival depends on just their daily wages if found work to them, but instead that suffering a lot was another Pandora box how ring in our civil society. Lot crimes were being appeared on every falling day, car lifting, motor bike lifting was being seen on every falling day in the regional territory while the cases being lodged against the culprits but not a single thieve or the stolen item recovered or to face jails or the judicial lock ups.

The present rule should take notice of various incidents with hard hands to streamline the civil society by protecting people at large facing losses after losses on each falling day. Majority of the people at large unable to bear of afford expenditures of their lives and the children together. 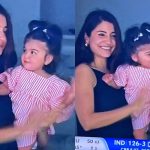 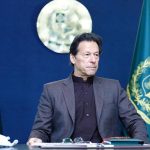