* The story begins showing the lives of the two leads, Noorulain Zaman and Amanullah Khan 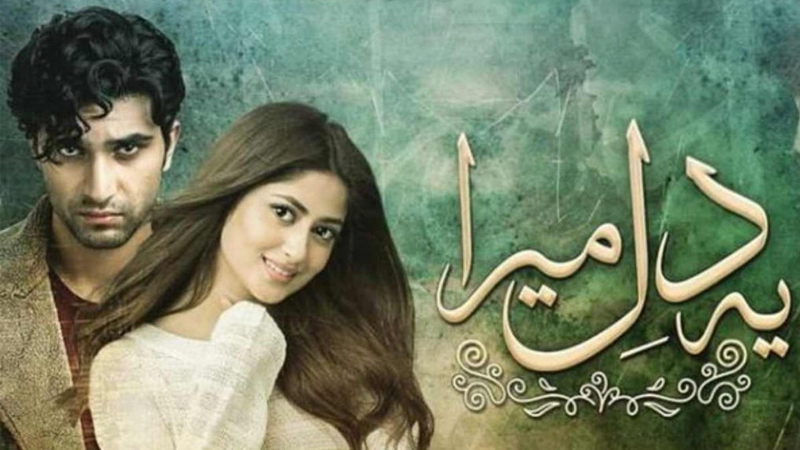 The story takes the viewers on an adrenaline filled journey of mystery and thrill. The story begins showing the lives of the two leads, Noorulain Zaman and Amanullah Khan.

Noorulain is shown to be the only child of her widower father Mir Farooq Zaman, who is a successful businessman.

Mir Farooq appears to be an extremely loving and caring father before his daughter and the rest of the world.

Noor-ul-Ain, is a sensitive and pampered young girl who is a fresh graduate of an Engineering University. We see how she seems to be living a perfectly normal life where she is surrounded by love from her father, Bua Jee and her aunt Farhana. We also see how Amanullah seems to be a perfectly normal young man who has inherited his uncle’s wealth and is expanding his business. The tale seems to be of two normal people… until we see their reality.

The audience then sees how Aina is no ordinary girl. We see she has nightmares and is woken up by them in an extremely disturbed manner. As the show goes on we also discover that Aina is claustrophobic.

On the other hand, we also see that although Amaan is a mature and seemingly normal man, the reality is far from it and he is as disturbed as Aina. He plays a particular tune on his piano in his loneliness and makes sure he is not disturbed. We see how he values his isolation, when his servant comes to ask him something and he screams back at him, making sure he goes away.

The story then goes on showing the interaction of the lead characters and their eventual marriage.

As the story unfolds, it is revealed to the audience that Amanullah married Noor-ul-Ain to take revenge from Mir Farooq for the murder of his family. It reminds me of a quote from the TV Show ‘Revenge’: “When everything you love has been stolen from you, sometimes all you have left is revenge. Sometimes, the innocent get hurt. But one by one, the guilty will pay. Nothing ever goes exactly as you expect. And mistakes are life and death. Collateral damage is inescapable.”

The audience are also shown flashbacks where we see that Aina and Amaan’s mothers were friends.

When Aina finds out the real reason why Amaan married her, she gets shocked and is unable to contemplate that her father who would never even hurt an ant, can possibly kill Amaan’s family. Considering Amaan’s accusations to be false, she promises him that she will go to Darya Bagh and prove her Agha Jaan’s innocence there. We also discover that Mir Farooq who is seemingly so saddened about his first wife’s death that he wouldn’t remarry, is secretly married to Sahira who lives in Karachi. He eventually ends up killing her off too when Mir Farooq’s doubts grow that she will destroy him to take revenge from him for not announcing their marriage to the world.

In the second last episode, we see how the truth is eventually revealed as Aina goes to her childhood ‘Summer House’ and follows the trail of her memories and recalls the truth that it was her dear Agha Jaan who instructed his bodyguard Ali Baksh to kill her mother.

Noorulain is shown to be the only child of her widower father Mir Farooq Zaman, who is a successful businessman

Hence, it is to Aina’s surprise that since her Agha Jaan got her mother killed, Amaan’s accusations were true and it was her Agha Jaan who killed Amaan’s family too.

The reason why this show caught my eye, was because it was a very different show as far as our drama industry is concerned. Belonging to a Medical background, for me it wasn’t only mysterious but also a show that heavily focuses on the theme of Mental Health, a subject that is spoken very briefly about and sometimes also ignored. This show maintains its focus on how incidents experienced by people in their childhood, can have such a great impact on their lives. When we talk about Mental Health, we don’t only mean to talk about Aina or only Amaan, rather both of them. We see how Aina has not only witnessed the death of her mother but has also sadly been led to believe that the entire fear and agony that she went through was just a dream. Aina is not an ordinary girl, rather a person with a burdensome past. Because of the lie that she has been told by her father Mir Farooq, she is seen to be a disturbed girl who has mixed emotions and because she doesn’t know the truth, she repeatedly has nightmares of a little girl running in fear, since childhood to date in the show. We also see that when Aina finds out the reality of her mother’s death, she not only experiences her mother’s death again in fact she also loses her father Mir Farooq on the very same day. She cries and says to her father “the dream that I was haunted by all this time was NOT a dream… rather it was the last day of my mother’s life!” and she also says this to her father, “How could you do this? You were my Agha Jaan!”. Here we see the pain and misery Aina goes through not only because of her mother’s death but also greatly because she sees her father fall from the great pedestal of being her ‘Agha Jaan’ to being a ‘criminal’. She also asks her Agha Jaan, that after protecting him for so long and denying all allegations against him, now when she has discovered the truth by herself, how will she face Amaan and the rest of the world, she’s embarrassed and ashamed. Hence this proves that; Those who we keep on a pedestal in our lives… Don’t take a long time to fall from that peak.

The part of the song that goes on in the background at this point is as, “Apne bhi Huye Anjaane.”

This show also sheds light on the fact that people like Bua Jee are indeed very supporting in our lives but the fact that she chooses to hide the truth from Aina and keeps her in the darkness of lies, is of no help to Aina and in fact she goes through death each day emotionally as the memory of her mother’s death is very blurry and the truth is vague. As all she remembers is that a little girl was scared and running away from someone. Here, this show points out the fact that it is essential to face our fears and the reality rather than putting it under the carpet as the burden of misery and agony will only grow heavier on our shoulders.

On the other hand, we also see, that since Amaan has witnessed his family’s death in the most tragic way that none of them were left alive, he also grows to be a disturbed individual. He finds peace in loneliness while he plays his mother’s tune on the piano. We see that when he realises that his feelings for Aina can come in the way of his revenge from Mir Farooq, he suddenly breaks of their engagement, which was the display of an eccentric behaviour. Perhaps this is the reason why Amanullah and Noor-ul-Ain are meant to be together, because they both have a tragic past and that too the same person is behind the pain of both them…Mir Farooq. We have seen at several moments when Aina and Amaan are disturbed from their haunted dreams (at different moments, before Amaan accuses Mir Farooq of his family’s death) how they both comfort and support each other rather than abandoning each other. That’s how strong they are. That’s another feature which brings the attention of a wide range of viewers who highly appreciate the fact that both Aina and Amaan are there for each other and they don’t give up on one another. They stand by each other’s sides through thick and thin.

The show ends with a beautiful message that revenge only causes us to hold on to a grudge that increases the burden of our agony and misery grow heavier on our shoulders. While letting go, lightens our spirit. Who are we to take revenge from people who hurt us? Certainly that should be left on Allah. The message goes on as: “It is greater to forgive than to take revenge. Because when we do not forgive the cruelty that someone has done with us, we wish to take revenge and then we can never lead our lives peacefully. In an attempt to take revenge, we try to take the matters of fate in our hands as if we do not believe in the justice of Allah.”

Talking about the Original Soundtrack of this show, I’d say it’s quite remarkable. Singing the director Aehsun Talish’s lyrics in a soft melody, Naveed Nashad has done wonders not only as a singer but also as a Music Composer in Part A of the OST called ‘Tip Tip’. So has Shiraz Uppal done a wonderful job composing and singing the lyrics of Shakeel Sohail in Part B of the OST of this show.

In this show, to our observation, Sajal Aly has not only displayed her acting skills like no other but she has also impressed us with her vocals. Be it the emotion of doubt, fear, disbelief, vulnerability, she has portrayed every emotion as if she has gone through the entire experience in real life. As far as Ahad Raza Mir is concerned, I’d say this character was a very challenging and complex one, I’m sure it must have been an emotionally draining journey for him, and without any doubt, he has performed it flawlessly! The scene where Amaan is playing the piano and suddenly faints, reminded me of some Shakespearean play…that’s how professional Ahad Mir has displayed Amaan’s character! Adnan Siddiqui has as usual acted par excellence. With ease, he has placed his feet in Mir Farooq’s shoes who has more than one personalities. His character seemed suspicious since the beginning but one couldn’t simply point out that he could be a criminal while he seemed to be such a loving and caring father. The entire cast and crew have done a marvellous job!

Yeh Dil Mera isn’t a very usual story, and it is a proud moment for us as Pakistanis to see such a great story come from a Pakistani Writer none other than Madam Farhat Ishtiaq, the writer of the blockbusters ‘Humsafar’ and ‘Yaqeen Ka Safar’.

The show has been shot very professionally by the talented director Aehsun Talish. While we’ve been at the edge of our seats watching the mysterious show unravel, we experience the lush green mountains of Shogran and this is a proud moment for us as Pakistanis.

The writer is a student and a published author. She tweets at @moosa_11 and can be reached at haneenmoosa@gmail.com