The Economy is Not a Monolith

The pressure is on for economists the world over. Globalisation has brought umpteen benefits to countries and peoples across the world but has also bound us together in a net of inter-dependency and collective consequences. The novel Coronavirus took down country after country in record time and the metronomic regularity and the economic implosions that followed were just as rapid and inevitable. This economic crisis is not one perpetrated by financial irregularities, high-risk market shenanigans or fly-by-night speculators but rather it stems from a public health crisis. The word “unprecedented” has been overused and trivialised in this age of hyperbole but it is still the most appropriate word to describe what has happened- global markets and economies writhing, faltering and falling from the onslaught of a fast-spreading viral pandemic with no clear end-point in sight. 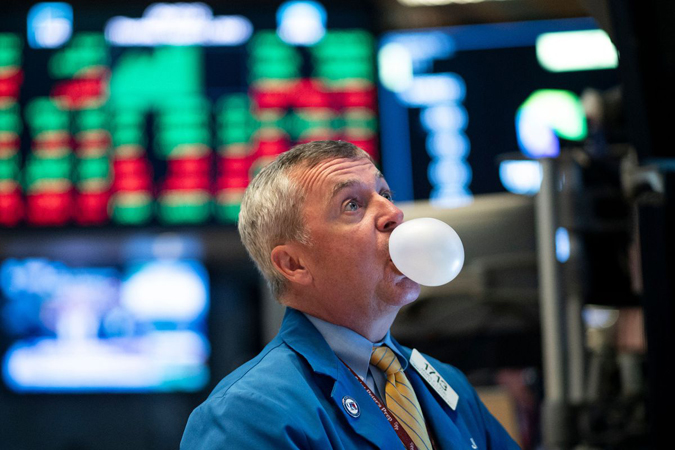 So what size of rabbit do the economists pull out of their hats to mitigate the damage and create stability when aftershocks will be roiling the world for an indefinite period? How well a country comes out of this economic crisis will be directly correlated to how well that country coped with the health crisis. Those who wasted time and did not forge a coherent and unified response will face a much longer and harder recovery because a policy of shortcuts that tried to circumvent dealing with the virus was an illogical and panicked response and the markets are merciless when it comes to panic. The frantic juggling of expansionary monetary measures and fiscal stimulus by many countries is an attempt to slow the slide and stem the losses, as they frantically pump money in to balance the bleed-out and keep their economies buoyant so that the road to recovery won’t be as protracted and rocky. The bitter reality that politicians and leaders shy away from publicly acknowledging is that the success or failure of their coping strategies will not be seen through the prism of the number of deaths and infections but through one that focuses on the state of their country’s economy.

However, the “economy” is not a stand-alone monolith. It is intrinsically linked to every part of human existence and activity and while shutting down the economy is not a rational choice neither is the assumption that high death rates, recurring waves of infection and a wildfire spread pattern will happen in a vacuum. For many economists, the required dialogue needs to centre on solutions and options that feature balance and compromise and are free of the taint of panic and confusion. Nationalism and protectionism have no place in this conversation because globalisation, which greases the wheels of many economies, requires the free flow of goods, services, money, people, and, of course, therefore, the virus. For developing countries with their fragile and spun-glass economies, the road ahead is even rockier being as they are also infected with endemic, systematic faults that over the years have come to be seen as part of the “cost of doing business” in these countries. Poor governance, a lack of checks and balances, lax and unenforced laws and regulations, massive conflict of interest issues, cronyism, and pandering to the leader must be examined and dealt with because Pakistan’s recovery will be hard enough without also having to bear the burden of trickle-down corruption.

The economics of the novel coronavirus will give rise to audacious experiments as countries scramble to jump-start their stalled economies dealing with the double whammy of demand-side contractions and supply disruptions. The danger lies in the demonisation of globalisation and democracy and the adulation of protectionism and the ironman syndrome. We aren’t yet outside the event horizon of novel’s impact, therefore we are unable to precisely model or predict the actual economic cost with a great deal of accuracy but the best estimate for the damage comes from David Malpass, President of the World Bank – ‘catastrophic’.

Developed countries in the West are looking at a broad array of stimulus measures featuring mind-bending numbers, ranging from bridging loans to mortgage and rent holidays to the provision of a Universal Basic Income and, more and more, we are seeing calls to place rising inequality and the growing gap between rich and poor on the table for discussion. There is a rising sentiment in the world that this is the pause that was needed in some ways to look at issues that would usually have been swept under the carpet in the interests of ‘business as usual’. While many things will remain pipedreams for Pakistan, this time may be our best and last shot at facing the fundamental, underlying issues that scupper any economic and financial plan put forward, namely unchecked population growth, an unskilled and barely literate workforce and a lack of discipline that defines our governance. Pakistan tends to court FDI on foreign shores by touting cheap, plentiful labour unencumbered by any sort of health and safety or minimum wage considerations but in the reset of world economies post-COVID-19, some industries and sectors will be unable to sustain themselves and will be allowed to fold. Productivity and efficiency will be ever more important as the deployment of technology in many industries will speed up to counter both the human virus risk and to increase profitability, which is the underlying aim of business. Obsolete workers will have to be absorbed into other industries and sectors and forward-thinking, developing nations in Asia and Africa are already looking at a targeted and precise deployment of limited stimulus funds to aid sectors of the economy that can absorb large numbers like Agriculture and Agri-business ventures along with SMEs. The hope is that Pakistan will choose to think outside the box this time and, instead of funnelling tax breaks, debt write-offs, subsidies, and low-interest loans to the usual suspects and industries that have never achieved efficiency or indeed solvency through previous such attempts, look at neglected sectors that have the scope for quick expansion and are able to offer a living to the hordes of unemployed and jobless youth coming down the pike.

The writer is an investment analyst and can be reached at raanas@gmail.com