As human beings, we are all prone to despair in times of exigency. Much more, we are probable to forget that there is hope at the end of the tunnel. This is so true of our quarantine time. Here, there, everywhere, we see us all thinking about ways to scrap off Covid-19 from our notebook of life. Yet we find ourselves helpless in the face of growing death tolls. Still not to forget, it is exactly in times like these that we got to hold on to our humanity by preventing our goodness and self-improving instincts from getting extinct. 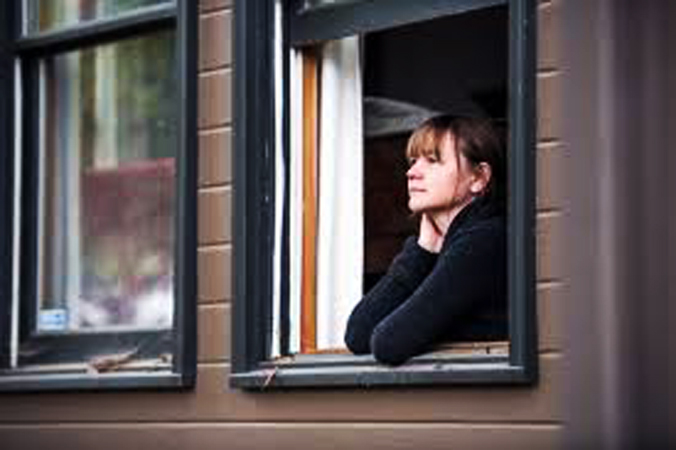 So remember a few fine years ago, when the days were bright with the activity of life and the nights were calm with the paucity of daily routine, the simple-sounding sentiment -BOREDOM- was known to a very few. But today, in times of COVID-19, it is no surprise that we all seem to be directly or indirectly under its spell. So much so that unbeknownst to me I had become its prey until I learned it from a dear friend.

It is quite common these days to kill time with one activity or another. I too chose to catch up with an old foreign-settled friend. In our conversation, I told her how due to the pandemic, our daily routine matters had ruthlessly been halted. Much more, how desperately we were all longing for the restoration of our old routines. Feeling much the same, she immediately submitted that the situation was almost the same in a foreign land. However, strangely enough, reading me between the lines she spotted some guilt in my talk: perhaps of boredom or lack of meaning of life. Thus, in her care, she politely suggested me to watch her shared video and requested my feedback on it. With the burden of the hopeless environment around, it was just not easy to take in her suggestion even though it was a ten-minute clip. This is probably because my unengaged mind had developed a habit of staying stray and free. But knowing the possibility of her getting mad, a moral compulsion drifted me into watching it, although some two days later.

As I envisaged, its title should have been motivational or on the inspiring strings. But contrary to my intuition, it was titled around billionaires, “how are the world’s billionaires safe from coronavirus?”

Neither was I a billionaire nor a positive case. So again, I thought about what possible solution this could be to my predicament. But trusting my friend’s diligence, I made up my mind to go ahead.

However, agreeably, the clip was engaging and thought-provoking. It asked some really untouched questions. One that struck my attention was: why the billionaires around the world did not contract COVID-19, even though they were as tiny a group as 2604. Well, for once, I thought because they were taking better preventive measures or that their resistance was better. The presenter, accommodating my hunch, gave two reasons. Firstly, their achievements had given them a high sense of accomplishment, which immuned them from viral vulnerability. Secondly, in their past, they had seen so many failings that now they were mentally fortified to handle the new challenge of COVID-19.

Now instead of pondering over these conclusions, my mind diverged and I was on a different roadmap. I began to ask why it was important for me or for that matter anybody in the world look up to billionaires and model our lives around them. Was it because their immunity was incredible or that their discipline was worthwhile? Or could it be that the global success model was hinged on wealth-accumulation? After all, the clip showed them successful in terms of their monies alongside good discipline and health.

The quarantine period, with its boredom, brought an opportunity in disguise to reflect on my life

Thus, in reflection, I asked: what is success to you Mawra? You are a law graduate, does this make you successful? Umm, well, I thought no, as it only made me knowledgeable and more realistically speaking capable to make my own bread and butter. Okay, but you are a law professor, which surely means you are successful. Again, I thought that could not be so as it was an opportunity to impart the known and learn the unknown. More precisely, it was an on-going daily struggle between the known and the unknown. And what was half a journey could not be my success. So, if these were not my success signposts then what were, my pacing mind kept pondering. But you are a columnist; surely this is your ultimate success stop. Again, the voice within said no, because it only gave me a chance to share with others whatever tad bit I knew but hid from them those areas where I was ignorant. So an activity that half-represented me could not be my success. In this way, defining success became my million-dollar question.

In my quest and despair, I began to look up different sites and university lectures to find out what success was. And after exactly one week of research, one lecture really got my attention from head to toe. This was a short talk by Ms Dalia Mogahed titled, “the power of purpose.”

Herein, she put before the pupils of Stanford University that same question that had been roaming around my mind. In her address, she suggested the falsified modelling of success on wealth-collection. And urged her audience to re-define it for it left many of us in dissatisfaction and discontentment. A gap that she pleaded could only be plugged by re-defining success as inner-peace. She then asked them if their phenomenal studies reassured them with inner peace. This was a question of its own kind. Well, I am not sure how they all felt or what their individual experience was. But I do remember from my own student years that studies had never been easy. In fact, they had been stressful without exception. Rather the life after studies, which is work-life in my case, became much more stressful with deadlines to meet and bosses to please, it was simply not easy to find peace of mind, let alone peace of soul.

Instead what had happened was I had become used to climbing the success ladder in terms of promotion, money-making and information gathering. But the truth of the matter as I reflect today is, as the years went by something had increasingly taken away from me the zeal to work harder or please those around me for more job benefits. The reason is either that success is not about job security and money-making or that excess of anything is bad; be it wealth-gaining or soul-searching. It would be no offence to say that in life everything has its own incomparable value and our real success is in putting things in order and giving them their due by balancing them all out.

So today I have no hesitation admitting that the quarantine period, with its boredom, brought an opportunity in disguise to reflect on my life. I thank my friend Kausar Talat for stimulating me and helping me navigate my life patterns. It is true that many of us believe in a success model based on wealth-accumulation but at the same time, there are those who think it is about soul-searching. For both, this quarantine has a lesson; that everything has its own value and place in life and it is for us to balance out things for a healthier life. Indeed, in the larger picture, this pandemic is a chance for change in each one of us. It calls us out to discard our devastating habits, to rid of our distasteful emotions, to join hands in solidarity at the home, office, national and global level in the hope of better humanity and life-quality.