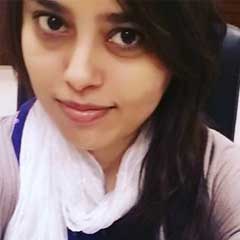 “The world is a click away” is the phrase that aptly defines the concept of a globalised world, in which countries and people are interconnected by communication technologies. The communication technologies — radio, television, print media, Internet, cellular phones — provide access to the flow of information around the world. The world is rapidly changing, and to keep up with that it is important to remain updated, which can only be possible by educating oneself. Education means to gain knowledge by enlightening oneself with surroundings as well as with the world.

Distance education is not only for students but also for everyone who wants to pursue education, whether they are working, are homemakers, or are somewhere out of the country. It is in hands of a student to determine the place and time of his/her study. Moreover, it is a learner-to-learner communication that also anticipates two-way communication by open learning as well as correspondence study, saving money and time.

Distance education has developed more intensively in South Asia than in other regions. In South Asia, generally with the exception of Sri Lanka, the literacy rate is relatively low. Many citizens, particularly women and those in rural communities, are unable to study owing to the socioeconomic problems of the region. Various countries have realised the value of distance education, and policies are continually under development for using distance education as a means of enhancing educational access.

Distance learning is found both in advanced as well as in developing countries, but the advantage for a developed country is that its advancement supports the widespread influx of technology associated with the distance education, while the developing countries lag behind due to a huge rate of illiteracy and no sign of improvement.

According to the goal two of the United Nations Millennium Development Goals, primary education is important for all children, and it should be widely implemented. However, developing countries have less access to printing knowledge as well as technology to improve their standard of education. The inequality in the access of education in addition to the cost and the quality of education has become a barrier for developing countries.

The new distance education theory deals with the concept of distance. The theorists elucidated the difference among distance education and conventional ones: the former one does not entail attending educational institutions, whereas in the latter it is required to attend universities
or colleges.

With the advent of new technologies, the delivery of distance education is rapidly changing. The introduction of information and communication technology (ICT) in developing countries has benefitted students and teachers to acquire education while living geographically as well as physically away from the place. ICT, defined in a broad sense, includes mediums of radio, TV, telephone, computers, the Internet, and methods including web-based education and interactive collaborative learning. Many countries have introduced ICT-based distance education programmes combined with traditional methods, such as correspondence courses and face-to-face teaching through the Internet.

The distance-learning programme with the use of different communication technologies have made it possible for the South Asian countries like Pakistan to be equipped with new and enhanced education system.

The introduction of ICT is a key element in the growth of Pakistan in terms of new jobs, wealth redistribution and education. Distance education has been a great initiative for Pakistan, as its socioeconomic situation has prevented a high enrollment in formal education by people in rural areas rural, females and some professionals; the idea of establishing distance education and open university systems have been developed to address this problem. As a result, there are many steps that have been taken by government of Pakistan for education, and one of those is to initiate virtual classes in schools, colleges and universities. The world’s second open university was established in Pakistan by a federal charter in 1974. The Allama Iqbal Open University (AIOU) is one of the largest universities in Pakistan that use distance education programmes to facilitate those students who work outside Pakistan or are home-makers. The AIOU has conducted pioneering work in the fields of mass education, female literacy, teacher education and media-based distance education, and is currently harnessing ICTs in order to reach out to 65 percent of Pakistan’s students who live in remote and rural areas. The classrooms in the AIOU use audio and video facility as well as satellite Internet for interaction with learners from all across the world. Electronic libraries have also been introduced that are linked to books, journals and articles worldwide.

In 2000, government of Pakistan developed a new initiative to enhance the country’s online education capacity, as a result of which the Virtual University of Pakistan (VUP) was established in 2002. The VUP uses the national telecom infrastructure, and delivers its lectures through satellite broadcast TV channels with interaction provided over the Internet. Moreover, the Aga Khan Education Services also use computers for distance education, especially in rural areas.
These services also improve the method of teaching by collaborating with international educational institutes.

Furthermore, there are two research programmes such as PERN and IEARN that have linked the research and education of Pakistan with the world. They use digital libraries to participate in online-based curriculum projects, which enhance the potential of students to share knowledge and research globally. Radio programmes are also developed in collaboration with UNICEF to raise issues that create awareness in society regarding gender discrimination, corporal punishment and other issues.

Technology has been an effective tool for distance education in Pakistan, but there are certain limitations that need to be addressed along with its use and importance. The literacy rate of Pakistan is very low, and is one of the biggest constraints for distance education as it affects the comprehension level as well as quality of instruction. Firstly, teachers are not well-versed with technology skills, and they are not even well-trained. Secondly, the Internet is expensive, and most of the rural students cannot avail this opportunity. And lastly, there is the issue of misuse of technology as many technicians are not well-trained. All these issues can be a hindrance in distance education programmes.

Being cost-efficient, distance learning has become a potential source for rural population to empower themselves and interact with the world. Moreover, it is important to overcome hurdles by making education essential for everyone, and support different programmes that promote distance learning.