Globalisation helped elevate the so-called “Chinese virus” to a worldwide pandemic. Ironically, the virus now seems to threaten globalisation itself. 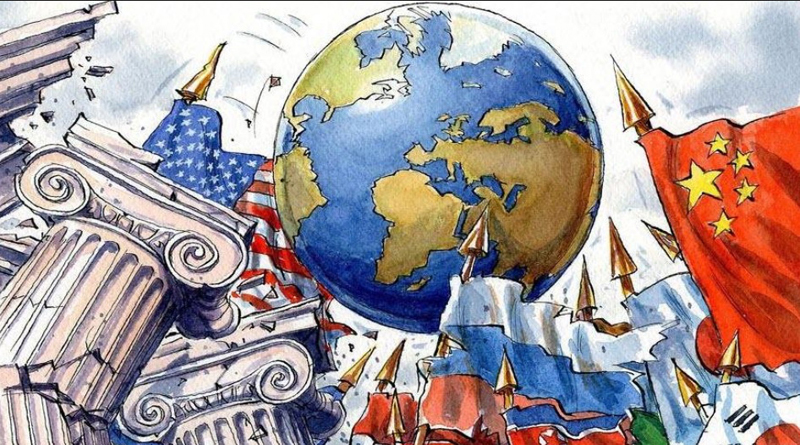 For many, globalisation happened to be a foregone conclusion. A world without borders seemed an unchangeable reality that everyone must reckon with. However, COVID-19 has changed much, at least for now.

The coronavirus pandemic has altered the global political and economic landscape enormously in favour of protectionism and closed borders. Hence, a simple, yet sombre (and perhaps frightening) question keeps nagging the protagonists of a globalised world.

Are these only temporary tremors before things calm down and revert to their (so-called) original positions? Or is this the end of globalisation?

Well, simple as it may seem, it does not have an easy, straight-forward answer. But let us be clear about one thing.

That globalisation was already under threat even before the coronavirus emerged in China. Inequality, populism, trade wars and like factors were prompting countries to enact policies incompatible with globalisation.

Still, while it is true that anti-globalisation forces stand to benefit from the measures taken to curb the spread of the virus, it is also true that to restart the global economy, governments may have to revert to the pre-corona landscape.

Because presently that is how the global economy is configured to function. And it will take a long time before that configuration can be changed in favour of an anti-globalised world.

However, there is no doubt that the pandemic has provided an impetus to calls for protectionism. We have already witnessed countries imposing bans on the export of medical and food supplies, and of course, closing down borders. Some would argue that these are only temporary measures necessary for “flattening the curve.”

However, one cannot deny that the tide of populism that had swept across several countries and regions, Europe, America and India to name a few, has, indeed, received a boost from these measures.

On the contrary, let us also not forget that these measures have come at a price.

Unemployment in the US is surging high. In the UK, almost a million people had applied for unemployment benefits “in just two weeks at the end of March.”

Oil prices have crashed. Developed states are entering recessions. And the World Food Programme has warned about a possible “hunger pandemic,” resulting from COVID-19 and the economic costs it has imposed upon communities.

Although several countries have eased lockdowns, it is still not clear how much more time may pass before the world comes out of lockdowns completely. The current situation worldwide gives reason to be less sanguine about opening up totally at least for the time being.

Nonetheless, countries will need strong measures to get their economies back on track.

Now, the relevant question is whether they can do it on their own i.e. through self-reliance from diversification on a massive scale to rebuild economies chiefly from domestic resources.

This entails manufacturing indigenous products, building localised supply chains and ensuring cheap labour at home. Multinational corporations may have to transform into national corporations and INGOs may be converted into NGOs only. In short, we’re talking about economy and politics that are independent to a large extent of what goes on in other countries.

Remodelling the economy in a way that places greater emphasis on self-reliance may take several years. And that too, if countries are willing to embark upon this route straight away. Also, the temptation to engage with other countries, at least in normal i.e. non-pandemic times, will be too great as it carries with it the promise of pre-corona benefits at least for those who had achieved enormous growth and prosperity by investing in globalisation.

Still, the coronavirus pandemic has undoubtedly given a cause to think on these lines; especially to those who perceive themselves (rightly or not) as the victims of a globalised world.

And this is possible only if they can provide a model of governance that espouses greater equality and prosperity and a commitment to the well-being of the most deprived segments of societies. The rich may have to forego certain perks and privileges and share their wealth with the poor.

But are they willing to do it?

Considering the world elite’s reluctance to transform economic ecosystems to make them more poor-friendly in the aftermath of the global recession of the late 2000s, it can be assumed that they will not budge even in the wake of COVID-19. As a result, the poor will suffer. And radical movements for reform will gain momentum. The catastrophic effects such developments are likely to have on societal peace can be well imagined.

Something to worry about, is it?

The writer is an independent research analyst. He can be contacted at humza.a.barlas@gmail.com.