Assiduously , the U.S upcoming election on November 3 , 2020 is not seemed to be affected by deadly pandemic . Coping with Russian Investigation , impeachment and now COVID-19 , Donald John Trump wants to make U.S citizens to reelect him . More than this rife , the contenders of Trump in U.S 2020 election might be jeopardizing the position of incumbent president . Three strong candidates Trump -73 , Joe Bidden-77 and Bernie Sanders -78 will be observed making their way in a spillway of U.S votes . The latter mentioned two candidates are basic Democrats while Trump is a passenger of a Republican rail . Andrew Yang , Elizabeth Warren , Mike Bloomberg ,Cory Bookers and some others left the race of presidency at initial .These candidates have been narrowed down from number thirty to three . This election is going to be a complex drama of pulling power rope as each has strong supporting points . The decision by the masses about choosing the preeminent person for presidency of U.S will be made having base of multiple factors .

China is on the cusp of becoming a global power. It needs to jettison its aggressive economic and political behaviour and work towards becoming a responsible and peaceful power to get world-wide acceptance of its global leadership

These factors include gun right and gun control , health care , abortion rights , economy , trade & tariffs and particularly immigration . Mass shooting incidents have made gun laws in U.S by which Democrats will take political leverage . Covid-19 did undress the health care system of U.S , so health care promising candidates would be able to gain the masses support . The card that Trump seems to play is of abortion rights against Joe Bidden , as Bidden does not like abortion policy himself but he will not make it illegal . 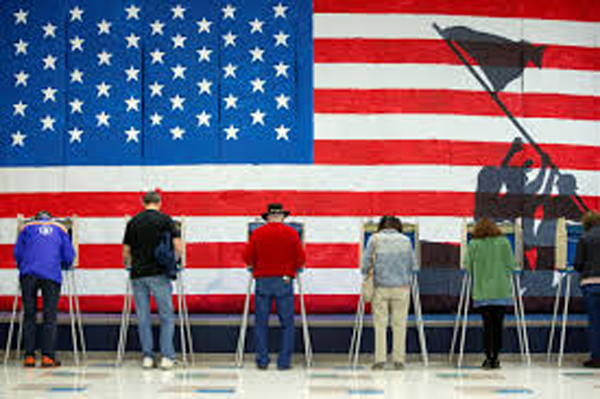 Although the U.S Supreme Court ruling 1973 made abortion a constitutional right but Hyde constitutional amendment had forbidden the use of federal money for abortions . On issue of abortion , Trump might have support from Catholics who are the 22 % of total population . In 2016 election , political prop was maintained by Catholics for Trump . The Bidden attracts Catholics too by visiting them in their dense communities and telling them about his own Catholic schooling but Mr. Trump have procured benefits of their support . Anyhow, Catholics assuaging Joe Bidden , support Trump. There is an akin relation of economy with voting tendency , approval low ratings of Trump may be boosted by strong economy . Trade & tariff and Immigration can also be observed as providing the voters a window to elect the right candidate. There are some prominent states including New Hampshire , Nevada , Iowa and South Carolina which will be deciphering the election result directly or indirectly . Proclivity for candidate in these states may help one to have a clue about winning chances of a candidate . The grim remarks of Joe Bidden about blacks in U.S and recent apology, did pique the blacks , it may also drag Bidden away from good book of African Americans. Further , the re-generated idea of Voting By Mail (VBM) is causing a brawl between Trump and other candidates . VBM is a process of voting by distance which may play role in upcoming elections . He railed up against VBM accusing this method an invitation to electoral fraud . Recently , Donald Trump picked a fight Wednesday with the key electoral swing state of Michigan over its plan for absentee voting in the November presidential election. One mail worker carrying multiple ballots is agonizing Trump . Voting by mail may paint bleak picture of Trump’s electoral hopes . In spite of Trump’s abomination about VBM , it is finest way to carry the elections by providing ballots to people at home in this grim situation .Timely participation of the voters in election and low voting cost are making democrats to prefer VBM wittingly . Turning the other side of the same coin , electoral fraud by filling empty ballots is urging republicans to stop the federal funding for VBM . In addition, people will take time to understand the process , although Washington DC , Oregon , Colorado , Utah and Hawaii are entirely conducting their election by mail but for the other state, it will be a matter of ambiguity . The possibility of getting infection of mail workers while collection of mails is pertinent hurdle here not to follow VBM . In a nutshell , 2020 is the year of U.S elections , it is worthy to observe that either a vice president (Joe Bidden) ascends or an incumbent president (Trump) descends .

The writer is Freelance writer