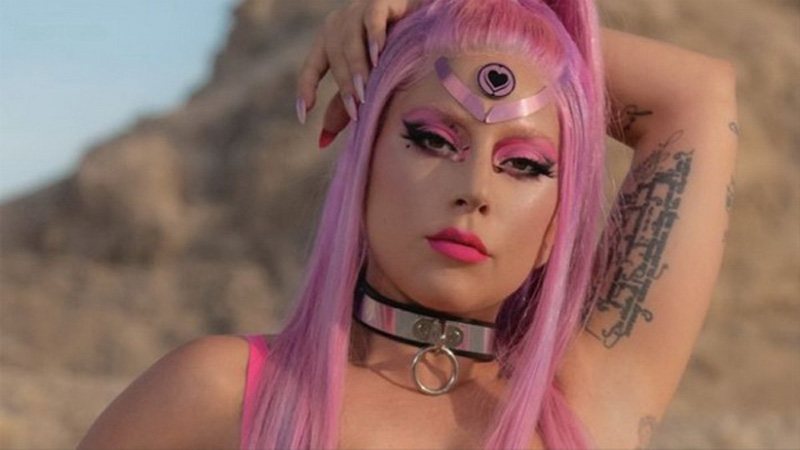 On the ‘Chromatica’ track “Free Woman,” Lady Gaga sings with conviction: “This is my dance floor I fought for.”

She’s not exaggerating; her sixth album is, in many ways, about the journey that paved the way for the pop superstar’s triumphant return to dance music.

“I think that the beginning of the album really symbolizes, for me, what I would call the beginning of my journey to healing,” Gaga told Zane Lowe in a recent interview, “and what I would hope would be an inspiration for people that are in need of healing through happiness, through dance.”

Gaga’s return to her musical roots were hard-won. In the years since her 2008 debut The Fame turned her into a global hit-maker, her career has been built on extreme experimentation. Born This Way infused hints of metal into her sound, only to be followed by the ambitious R&B and EDM-laden Artpop. In 2014, she showed off her range further with the jazzy Cheek to Cheek, a collaborative Great American Songbook album with Tony Bennett, before going country on Joanne. A quick swerve into film came next; her starring role in A Star Is Born led to the hit “Shallow,” alongside director and leading man Bradley Cooper, a karaoke-friendly power ballad that won her an Oscar.

For longtime fans, Chromatica is as familiar as it is fresh. It’s electro-pop Gaga, an update from the girl who gave the world “Poker Face” and “Just Dance,” that digs deeper into the classic house music scene that has always informed her music. To make the album, she found a partner in Michael Tucker, known as BloodPop, who had previously helped produce Joanne alongside its executive producers Mark Ronson and Gaga.

“It actually [began] around the same time Gaga was working on A Star is Born,” Tucker tells Rolling Stone. Following the release of Joanne in late 2016, Gaga sunk her teeth into the film soon after, writing and recording the soundtrack just before shooting that following spring. Her Joanne World Tour would begin that summer.

For ASIB, Tucker and the pop star would write ideas at her home. While none of their collaborations during this time would make the soundtrack, one idea did stand out: “Stupid Love.”

“I worked on that demo for a while but it was missing something I couldn’t quite put my finger on. When I played it for Max Martin, he had some fantastic ideas that really elevated it,” Tucker explains. When Gaga’s Joanne World Tour arrived in Kansas City, his hometown, in November 2017, he flew out to play her the new version of what would become Chromatica’s lead single. “I played it on her bluetooth speaker in her dressing room with my family and friends present. I would definitely consider that the moment Chromatica was started.”

Gaga, of course, couldn’t give her full attention to her sixth album until the following year. A Star Is Born would be released in late 2018 and she launched a pair of Las Vegas residencies just two months later: a full pop show called Enigma and the lounge-y Jazz & Piano show. In January 2019, she began working with producer Burns, who would become integral to the album-making process as well, producing almost every song alongside Gaga and BloodPop. Burns brought some ideas for “Enigma,” the piano house number on Chromatica. At the time, Gaga and Tucker had “so many spinning plates,” as he describes it, with just-budding tracks beginning to come alive. They decided to solidify an album once five songs were completed: “Stupid Love,” “Enigma,” “Rain on Me,” “Alice” and “Free Woman.”

“[Gaga] just knew she wanted to dance,” Tucker adds. The decision to make an album rooted in house music would come some months later. “Some of those days were very long and hard emotionally. No matter how hard they would be, by 9 or 10pm she would be dancing and smiling. You could physically see dance music healing this person in real time so it just became obvious very quickly that that’s what we had to do.”

“It felt like the world was ready to dance again in general,” Burns tells RS. Coming from the UK, much of his sound had been rooted in the acid house scene, which he brought to his sessions with Gaga and Tucker. “When we sat with Gaga, we all talked about how it should feel. There was this general consensus that the music should feel classic and familiar, but also fresh and new at the same time. Something I thought about a lot when finishing these records: What sound would work here to make the listener almost feel comfortable, like they’ve experienced it before?” All three of the collaborators immersed themselves in Nineties house culture. They covered the studio in acid house posters and Burns would send Gaga and Tucker Spotify playlists of classic house music to further educate them. The trio took the tribute to house so seriously that they even had the album’s mixer Tom Norris avoid using technology or mixing trends that were too modern.

“I was told not to use any sidechains throughout the album,” Norris explains. “Sidechains are a way of ducking one instrument out to make room for another, and it’s a really common thing in EDM. It wasn’t even possible to do when these classic Nineties house records were made. So I tried to steer clear from those to be true to that sound.”

Norris, a friend of BloodPop, had been brought on to help with “Fun Tonight,” a moody break-up song about a partner more obsessed with Gaga’s fame than her. The song had been “considerably slower,” as Norris describes, with a different arrangement before the BPM was turned up to match the rest of the LP. He was eventually brought on to mix the rest of the album, working closely with the vocal producer Ben Rice in Los Angeles’ Henson Studios.

“[Ben] added interested vocal effects, delays and reverb, which felt era-appropriate,” Norris says. The album’s also thought hard about the gear that they used, with Norris investing in a $50 “cheapo compressor” in tribute to Daft Punk who used a similarly low-budget compressor on their first two albums. It was used on “Rain on Me.”

Gaga’s return to her musical roots were hard-won. In the years since her 2008 debut The Fame turned her into a global hit-maker, her career has been built on extreme experimentation

“I would reverse engineer some Daft Punk songs to figure out what went into the making of that. Some of that didn’t make it on to the final record, but it helped us figure out how we evoke that French Touch sound in a 2020 way.” 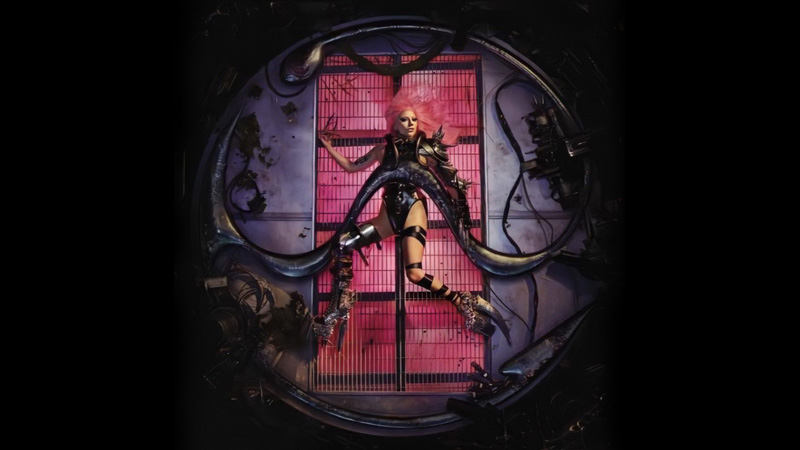 Once Chromatica began to really take shape, Gaga and Tucker decided to pull in some real dance music heavyweights to help the star further conquer the dance floor she fought for: Skrillex, Axwell, Tchami, Madeon, Johannes Klahr and Boys Noize were among the EDM giants that were called upon for additional ideas and production.

“They were going through the history of dance music, and I play a little bit of a part in that history,” Axwell tells RS, calling from his home in Sweden. He was brought in this past winter to help amp up “Alice” and “Free Woman.” Axwell admired their dedication to making more “proper dance music,” leaning on house and garage scenes instead of just EDM. He even dug up and dusted off an old track he had worked on when he performed with Sebastian Ingrosso as Axwell and Ingrosso: “Sine From Above.”

“I had this old song we worked on, like, seven years ago with Elton John,” Axwell explains. “Sine From Above,” which was also co-written with Ryan Tedder, was meant to be a collaboration between the house duo and the legendary piano man.

“We tried working on it and we couldn’t really get it where we wanted it,” he says. “It was also kind of hard to get ahold of Elton John. I had this on my computer and was like, ‘Wait a minute. Lady Gaga and Elton John are buddies.'”

Axwell sent the demo to Gaga and Tucker, who loved the track. Plus, Gaga had an easier time getting ahold of John, as a longtime friend of the singer and the godmother to his son.

“It was pretty cool how that song finally left my computer,” he laughs. “Recording Elton John on Skype from Australia is one of the most surreal moments I’ll never forget,” Burns adds.

Axwell brought in Johannes Klahr, a collaborator of his since 2018. Klahr notes the use of Korg bass on the songs they worked on together, a popular instrument on classic house tracks. “It’s kind of that Robin S. ‘Show Me Love’-type vibe. It fit the vocal so well.”

Skrillex had been a fan of Gaga’s since 2007 when he saw her perform for 50 people at Steve Aoki’s Dim Mak Tuesdays party. He’s remixed a couple of her songs but has yet to meet Gaga in person yet. He was brought on by Tucker to help produce “Plastic Doll,” an emotional track about being used and played by a partner.

“The track came together effortlessly as BloodPop and I have worked together many times before,” Skrillex says. The pair famously worked on Justin Bieber’s comeback LP Purpose together. “I especially fell in love with chorus. Her delivery is so full-on. She’s just going for it! There’s something very cool about the way it all came out.”

As therapeutic as it was to dance, delivering some of the more emotional lyrics in the studio proved difficult for Gaga. Tucker notes that the song “911,” which features additional production from Madeon, was particularly tough. The song is a powerhouse dance track with deeply affecting lyrics about how she’s her own worst enemy.

“[Gaga] had to relive everything she was talking about in the song with every take,” Tucker explains. “She wore a wig to the studio that day, hoping it would make it a little bit easier to feel like someone else. We had it almost pitch-black in the studio. I wish everyone could see what I saw because she really fought for each and everyone of these songs to put her whole self into it, at any cost.”

“She’s very smart and she wants to make sure that everybody working on a song knows what the message is so that we don’t get distracted,” Madeon adds. “We kept the production quiet. I think there’s so much life and impact in those lyrics that you want to let them breathe. You don’t need to drown them. I really wanted to respect that.

Madeon, who also worked on Artpop, can vouch for the intensity of Gaga’s in-studio delivery as well. “It’s not like she’s not coming to work casually. She’s making sure that she channels the spirit of those songs.”

Thankfully for the entire team involved, Gaga and Tucker finished their work on Chromatica in January, while Norris and Rice made final tweaks on the mixes through March. The looming coronavirus pandemic delayed its April release, but something about the sad euphoria of the new songs feels timely and comforting in a dark world.

“I was just talking to my friends, and I was saying, ‘I can’t wait to dance with people to this music. I can’t wait to just go into any space with a whole bunch of people, and blast this as loud as possible to show them how much I love them,'” Gaga said in her interview with Lowe. “Until then, I hope that they listen to this record, and go on not only my personal journey with me, and dance through all the pain, but also go through their own journey, and dance through all their pain.”