“World No Tobacco Day” is organised every year on May 31 to raise awareness among the masses and policymakers about bringing an end to tobacco usage. Tobacco is the only consumable product designed to kill its customers and has no health benefits. Unfortunately, Low- and Middle-Income Countries (LMICs) bear the maximum brunt where almost 80 per cent of the world’s smokers exist. The tobacco industry continues to make enormous profits through ever-increasing sales while strangulating the LMICs by creating jobs and paying taxes, which are minuscule contributions as compared to the tobacco health burden caused by its victims. 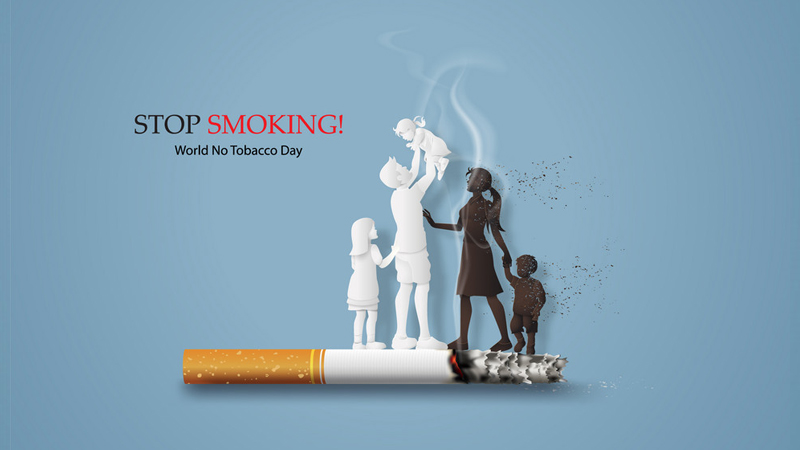 The main areas of concern regarding the tobacco products are lungs, cardiovascular and cancer-related diseases; causing a significant burden on the fragile (and COVID-19 strained) LMICs health systems. The main focus of attraction for the tobacco industry is the much younger clientele. As traditional tobacco sales have decreased in developed countries due to increased restrictions, the industry has come up with innovative products to attract new nicotine users. The launching of e-cigarettes and heated tobacco (HTPs) in the developed world has taken the West by storm. The e-cigarettes business in America and Europe crossed $15 Billion in 2018 and HTPs are likely to reach the same landmark by 2021. As it has been rightly pointed out by the Director of Tobacco Control at The Union, Dr Gan Quan, “The vast majority of LMICs are still contending with the very serious tobacco epidemic. Introducing new, highly addictive products into these environments will overwhelm governments, stress already overburdened health systems, and distract from the urgent implementation of the World Health Organisation (WHO)’s Framework Convention on Tobacco Control (FCTC) and related MPOWER measures.”

Ironically, the tobacco industry is promoting these e-cigarettes and HTPs in the LMICs as a smoke cessation aid, whereas the WHO has clearly refuted all such claims and has specifically warned against the use of tobacco in any form. In its 2019 report on the global tobacco epidemic, the WHO noted that there was “insufficient evidence to support the use of [e-cigarettes] as a population-level tobacco cessation intervention to help people quit conventional tobacco use,” and also posited that these products are “undoubtedly harmful.”

In this vein, the tobacco industry has gone a step ahead in exploiting the social class and status symbolism in countries like Pakistan. These expensive products are being promoted with additional glamour, as elitist products. It is not hard to find Vape Stores operating with impunity and possibly without Vending Licenses in the twin cities of Islamabad and Rawalpindi. Most of these products are being imported from abroad and sold at a high price. In an interactive session organised by Sustainable Development Policy Institute (SDPI), which invited over a dozen legislators, this issue was highlighted. Many legislators were surprised to know that these harmful products were being sold in the market without permission.

As rightly pointed out by tobacco control advocates and The Union’s position statement, a rapid rollout of these e-cigarettes and HTPs in LMICs would have a deleterious effect on the health of young people. Youth make up more than 65 per cent of Pakistan’s population and induction of such products would not only crush the weak health system but also be detrimental to the positive youth’s productivity potential. One of the major recommendations by SDPI was to take preventive and proactive measures to stop the impending epidemic of e-cigarettes and HTPs in Pakistan. It might be easier to exercise restraint and gain control of the situation now before the entire market was flooded with these products. As rightly posited by Dr Gan, “The data continue to emerge on e-cigarettes and HTPs, but what we already know suggests a looming, new epidemic, and youth will be its face……. policymakers should embrace the precautionary principle, which urges preventative action. For LMICs, that means e-cigarette and HTP sales bans.”

Similarly, Tobacco Control Directorate at the Ministry of Health’s Director, Dr Minhaj-us-Siraj echoed these apprehensions during a meeting. He was particularly concerned about the tobacco industry excesses and tax evasions other than the introduction of new electronic products in Pakistan. Like almost every country in the world, COVID-19 has exposed the shortcomings of the health systems of Pakistan. The need to foster a robust health system overwhelms the state on one hand, and the desire to collect sufficient taxes from the big multi-national conglomerates (without annoying them) is a challenge, on the other. However, there is no denying the fact that the clear message on this “No Tobacco Day” needs to be a complete and total sales and promotion ban on all forms of electronic smoking devices including e-cigarettes and HTPs.

The writers are tobacco control and elimination advocates at the Sustainable Development Policy Institute (SDPI), Islamabad