How much gold is found in the human body?

A new study concludes that a single neutron star merger some 300 parsecs away produced a significant amount of it. “This means that in each of us we would find an eyelash worth of these elements, mostly in the form of iodine, which is essential to life,” says one of the astronomers involved in the study, Imre Bartos at the University of Florida. 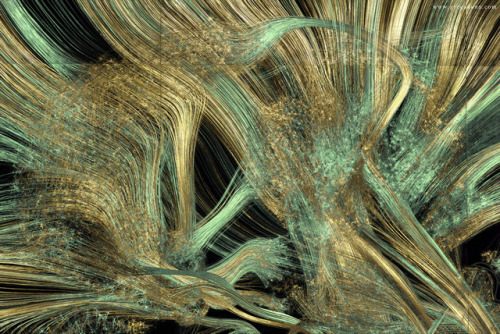 Gold in particular is pretty fascinating stuff — it can even be argued that our individual existences depend on it, as astronomer Michelle Thaller explains.

Using the trace amounts found in LAP-149, astrophysicists Bartos and Szabolcs Márka at Columbia University ran a series of computer simulations to see if they could identify the right circumstances — with both supernovas and neutron-star collisions as candidates — that would produce our heavier elements.

They found that a single merger of two neutron stars could do the trick if it occurred about 1,000 light years from the dust and debris that eventually coalesced into our solar system, and if it happened about 100 million years before the solar system, or about 4.6 billion years ago.

As for the team that found the cataclysm from which so much gold came, Márka notes, “Our results address a fundamental quest of humanity: Where did we come from and where are we going? It is very difficult to describe the tremendous emotions we felt when we realized what we had found and what it means for the future as we search for an explanation of our place in the universe.”

According the technical treatise, The Elements Third Edition, written by John Emsley and published by the Clarendon Press, Oxford in 1998, the average person’s body weighing 70 kilograms would contain a total mass of 0.2 milligrams of gold. The volume of this gold in purified form would be 10 nanoliters. If this refined gold were formed into a solid cube of purified gold, the measurement of each side of the cube would be 0.22 millimeters.

While the role of gold in the physiological processes of the human body was unknown for many years, it has recently been determined that gold plays a role in both the health and maintenance of the joints, as well as being a key element in the transmittal of electrical signals throughout the body. Of interesting note, the human body contains 1.0 gram of Silicon. This element is commonly found in the presence of gold in nature and its metabolic function is currently unknown.