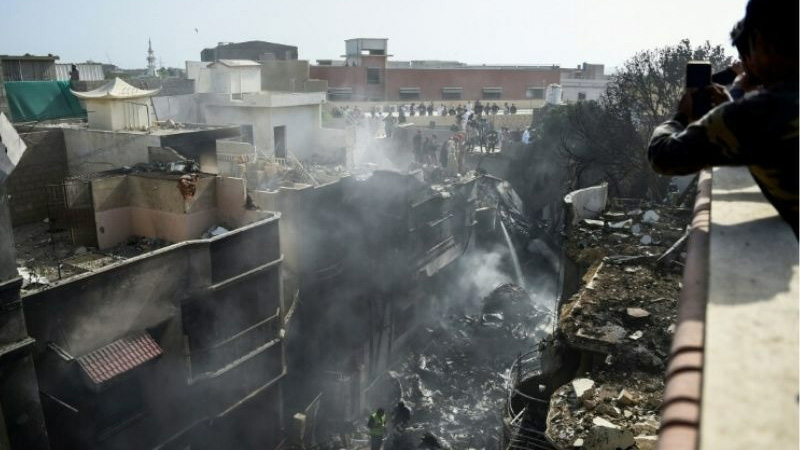 Apart from traditional security, Pakistan is fully determined to achieve its non-traditional national security challenges. In this regard, the peaceful role of nuclear technology is commendable under Pakistan Atomic Energy Commission (PAEC) that is fully resolved towards achieving socio-economic development. Pakistan is pursuing an instrumental role of civilian use of nuclear technology by culminating different 2030 United Nations Sustainable Development Goals (SDGs) for national prosperity in future.

Chairman of PAEC Muhammad Naeem stated in recent conference paper titled, The Pakistani National Perspective on Nuclear Nonproliferation Regime on 8 April, 2020 that the genesis of Pakistan’s nuclear program was when we joined the US ‘Atoms for Peace’ programme in late fifties. We were among the founding members of the IAEA. Since the establishment of PAEC in 1956, we have been working to use nuclear science & technology for socio-economic development and have made some significant strides. To follow the military path of nuclear energy was forced on Pakistan by events of separation in 1971 and so-called peaceful nuclear explosion in our neighborhood in 1974. Despite this, our military nuclear capability is for self-defence and we have always demonstrated restraint and responsibility…Having made considerable progress in the nuclear research and development, Pakistan has also attained significant supplier’s capability. We have in the past and are currently also manufacturing heavy parts and equipment and providing technical assistance to [European Organization for Nuclear Research] CERN.

Considering the scope of these 2030 UN SDGs, it is aimed at covering basic necessities of life. It also calls for fulfilling the elementary voluntary moral obligations with respect to each state’s national development. Total seventeen (17) SDGs related to zero hunger, good health and well-being , quality education, gender equality , clean water and sanitation, affordable and clean energy, decent work and economic goals, climate action, life below water and others provides a national framework to all states.

However, PAEC’s role in further advancing the peaceful role of nuclear technology is facing challenges at international front. Pakistan’s access to medical and educational equipment has been restricted from technologically advanced states including the United States and other Asian and European states. Their mentioned entity lists targeting Pakistan’s companies seeking civil use of nuclear technology needs to be reevaluated based on their existing criteria. It should not hamper one states’ socio-economic development goals that underlines its progressive vision towards 2030 UN SDGs. The IAEA also needs to play its role in easing such hindrances for developing country like Pakistan. It should endorse equal right for all states in seeking the civilian use of nuclear technology. This act will open more opportunities for inter-state collaboration and revenues for respective IAEA states. The cross-national expertise will be highly valuable for all stakeholders in this context.

Furthermore, Pakistan is also facing political hindrances for seeking international collaboration over desire to consummate its domestic nuclear energy needs. The Nuclear Suppliers Group (NSG) is the relevant nuclear energy group that facilitates the inter-state cooperation in-terms of civilian nuclear technology and NPPs. Pakistan, along with India, applied for its full NSG membership in 2016. Whereas, their cases remain pending at this group and suffers political polarization that offers no solution for easing the path for attaining the nuclear energy in future. Pakistan’s proposal for ‘criteria-based approach’ is prudent for establishing uniform and non-discriminatory approach for all non-nuclear members of Nuclear Nonproliferation Treaty (NPT) including both Pakistan and India.

The author is a Visiting Research Fellow at South Asian Strategic Stability Institute (SASSI). She is a former participant at Nuclear Security Boot Camp, George Washington University, US