We often observe that a lot of people smoke throughout their lives, but they never develop lung disease or cancer. On the other hand, some people suffer from many infectious diseases due to smoking. Any two given people can live the same lives, but the dynamics of diseases and how they affect both of them will be different. Why is this? In fact, every human being is different and so their immunity is different as well. The reasons for this phenomenon are genetic or innate to some extent, while it willalso depend on their lifestyles. Medical science only positspossibilities. You can never be 100 percent sure that a person will be cured by following a certain lifestyle or that they will not be able to survive a given disease. There are some countries withmore cases of diabetes while other countries have fewer cases. Along the same lines, chronic heart disease exists in some countries while in others, it is not that prevalent. The reasons behind these differences are the same: the people’s way of living,their overall genetic physical strength, and their immune systems. 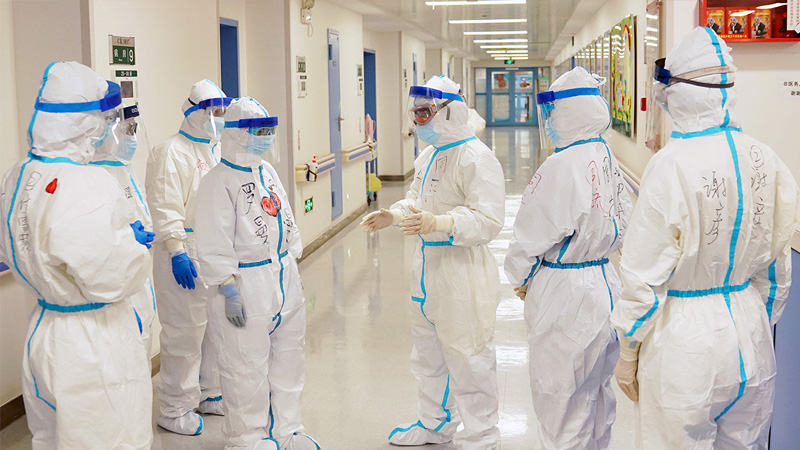 Coronavirus has attacked all of the countries of the world differently. In some countries, the mortality rate is much higher than the rest. Pakistan, India, and other developing countries have registered much lower mortality rates than the more developed nations like the United States and the developed economies of Europe. With the lockdown we have enforced over the last few months, it is as if we had locked the whole country insidebuildings. Will this boost or weaken our immunity? This is something we should understand. The way that human beings naturally develop immunity is through exposure to bacteria and viruses in everyday life. When this happens, our bodies develop immunity against those germs and viruses. So, if we seclude ourselves from this exposure, our immunity will obviously be compromised.

In countries or regions where most people spend their lives insideair-conditioned or centrally-heated buildings and offices with air-tight windows and are not very exposed to the fresh air, the virus has spread more. A few years ago when I was in New York, I felt like people were living a suffocated life inside of these tall buildings, shut off from others. From morning until evening, they remained stuck in their cramped offices then got into their air-conditioned or heated vehicles and went back to their homes, which were also closed environments. So, it was as if their lives were limited to moving from one room to another. That is why their immunity has been weakened over time; this lack of exposure to an open and healthy environment.

You can apply the same formula to any other country and take a closer look at the people who do not go out, do not walk around, and do not breathe fresh air. The pandemic has caused more damage in countries where people have these attributes. A largenumber of people work in offices in the major cities of Pakistan where the pandemic is most prevalent. In urban areas where there is a lot of office work, the disease has taken hold. Many people in Khyber Pakhtunkhwa who went abroad to work have returned in large numbers after the outbreak. Perhaps this is why the virus, which came from outside of the country, has wreaked havoc even within Khyber Pakhtunkhwa.

As far as the lockdown is concerned, let us take a look at the rest of the world. Sweden is the only country in the world that has not locked down at all. Sweden is a developed country in Western Europe. It made the very wise decision to not lockdown at all from the very first day. A key lesson from this is that even though all of the nearby countries have locked down, Sweden’s mortality rate is definitely not higher than the rest. Now, why did this pandemic not spread that much within Sweden? First, at least 30 to 40 percent of people with the virus do not show any symptoms.When they have no symptoms, how can they quarantine themselves or restrict their movements? But these asymptomatic people must have this virus and must be spreading it everywhere. Secondly, this virus is spread from one person to another by coughing or sneezing. At the same time, it can be present on any surface from just a few days up to several days. If a person touches that surface, the virus is transmitted to them, making this is a virus that is very difficult, if not impossible, to control.

Coronavirus has attacked all of the countries of the world differently. In some countries, the mortality rate is much higher than the rest

The Swedish model of “herd immunity” is leading their people to have strong immune systems. Is that not a good option?According to heard immunity theory, if the majority of people were to get the virus and were cured, the virus would die out on its own because to survive, the virus needs healthy people who have not been infected before. Sweden did not observe lockdown and its death rate is not much worse than its fellow European countries. Could that mean that the whole process of lockdown was not as effective as we once assumed?

Within Pakistan, the lockdown was never complete. It was limited to urban areas and none of these strict restrictions were imposed. However, the death toll has not been as high as in developed countries. So, have we only damaged the economy and hurt ourpeople by locking down and closing our shops, government offices, and transport? Has this been of benefit to us at all?Developed countries were the first ones to try to reopen their schools and colleges after their lockdowns ended. The European countries, with thousands of deaths, spearheaded this initiative.On the other hand, inside of Pakistan, the complete lockdown is probably being imposed only on educational institutions. The education sector in Pakistan is an oppressed sector that has always been neglected.

Thirty to 40 percent of people who have the virus do not sufferany pain or even symptoms. The immune systems of the people of Pakistan are better than the immune systems in most countries in the world. So, given all these facts, should we continue the lockdown, weaken our people’s resistance, and bring the economy to the brink of destruction? The people and the government need to make this decision together.